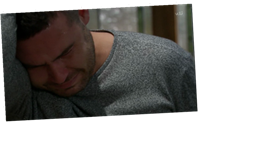 EMMERDALE fans are heartbroken as Robert Sugden sent husband Aaron Dingle his divorce papers from prison – after cutting contact with everyone in the Dales.

Robert is serving a life sentence after he attacked and killed Lee, who raped his sister Victoria Sugden. 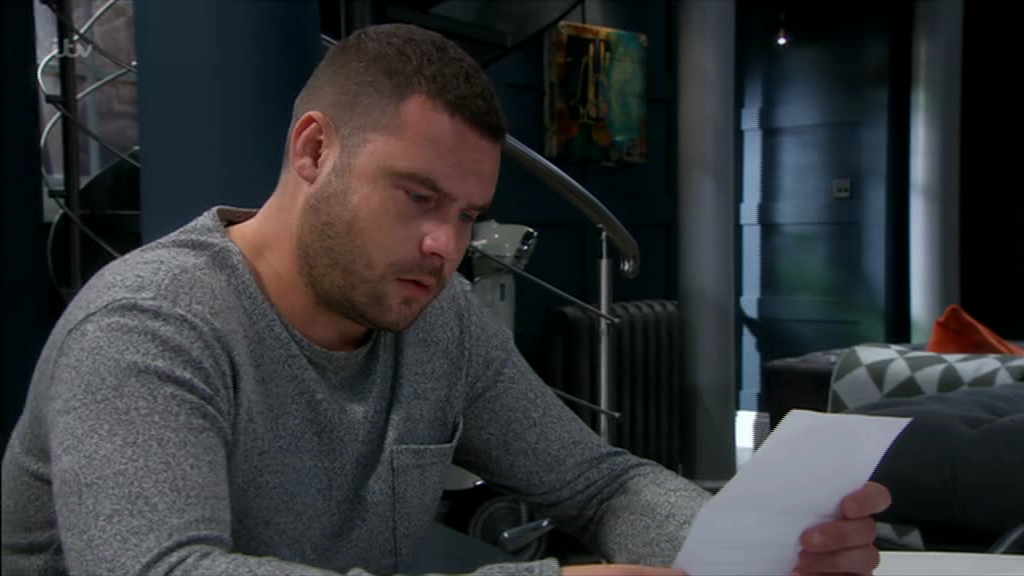 When he was told he would be moving to a prison in the Isle of Wight, Robert handed back his wedding ring and split from his husband, without Aaron's knowledge.

He has since cut off all contact with his family and friends to spare them the pain of having to visit him – including his husband.

In tonight's Emmerdale, Aaron Dingle is seen crying, before smashing up photos of him and Robert together.

The camera pans out and it shows Aaron has received a letter from Robert's solicitor asking for a divorce, instead of asking him for one face-to-face. 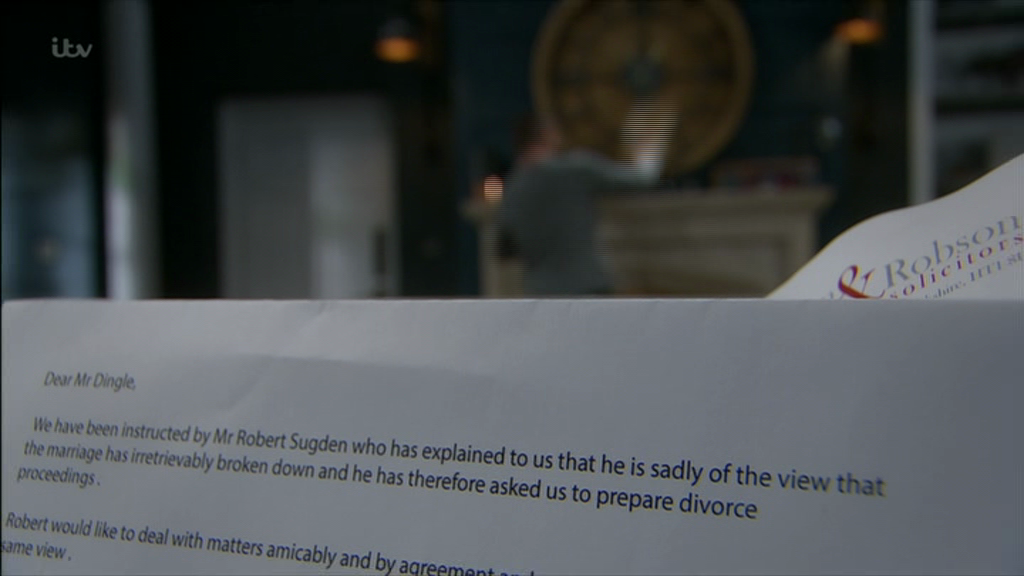 Later on Victoria comes to visit Aaron, who is packing up all of Robert's possessions.

Seeing he's given up on the relationship, Victoria says: "Just because he hasn't phoned yet doesn't mean he won't."

Aaron replies: "He won't. Because he's a coward. He's given up on me."

He then tells her to take whatever she wants, otherwise it's going in the bin. 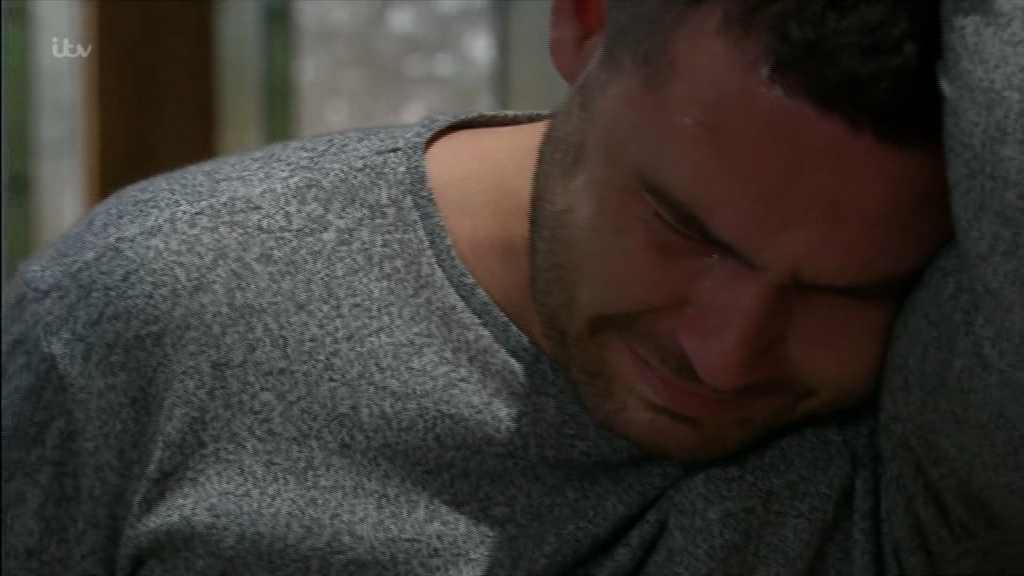 A devastated Aaron then seeks out his uncle Cain Dingle – who is going through his own heartbreak, after his wife Moira cheated on him with his son Nate Robinson.

He catches Cain in the middle of planning a heist. The uncle asks if he's going to tell on him to the rest of the Dingles.

Aaron says: "You know Robert's cut off all contact with me. Yesterday he left a voice message on my mum's phone, saying he wanted to talk. He never called back though. He didn't need to. I know what he wanted.

"Got a letter off his solicitor saying he wants a divorce. All them years, everything we've been through, over just like that." 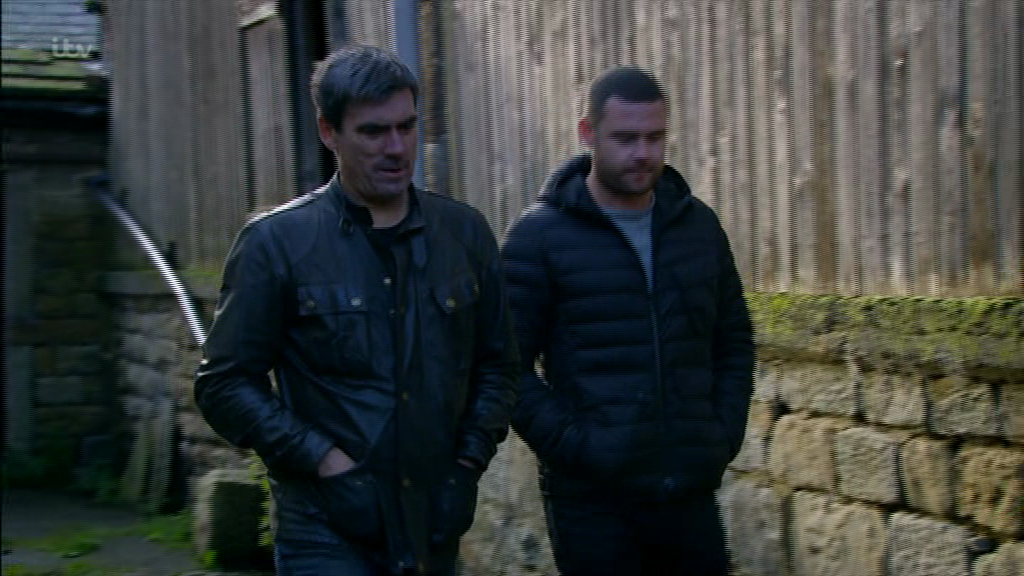 But Aaron is not going to wallow in his sadness – he wants to join in on the job.

He replies: "Yeah, well, I get why you want to do this job. Because where does being good get ya. You don't have to worry about me telling anybody. Because I want in."

Fans were devastated for Aaron, with one person saying: "Robert wants to divorce. Aaron is broken and distraught & smashed his wedding photo and on his way to a breakdown"

A second added: "first he stops anyone being able to visit him & now Robert is asking Aaron for a divorce. I get why Robert is doing it but I feel sorry for Aaron."

A third chimed in: "God I loved that shot with Aaron and Cain walking in step together. Looks like Aaron's going to end up following in his uncle's footsteps after all. #Emmerdale"

The Chase: ‘I don’t think so’ Viewers in hysterics over contestant’s question blunder