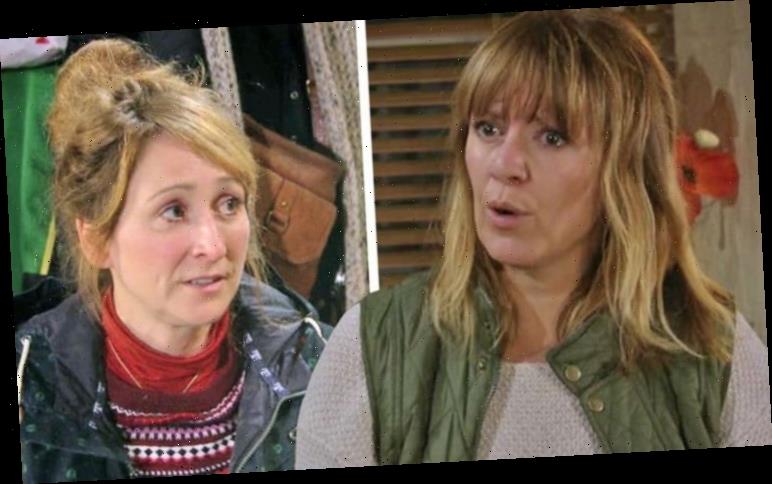 Laurel Thomas (played by Charlotte Bellamy) found out she was pregnant last week and while she and Jai Sharma (Chris Bisson) were initially shocked by the news, they eventually found themselves getting extremely excited – if a little daunted – by the prospect of having a baby together. But their elation was soon crushed when the sonographer explained their unborn baby has Down Syndrome. Faced with the difficult choice of continuing the pregnancy or having a termination, Laurel found herself wanting to talk to Rhona Goskirk (Zoe Henry), as she has Leo, who has Down Syndrome. But, Rhona’s opinion and advice were not constructive for Laurel, and Emmerdale fans blasted the vet for her comments considering Rhona was once in Laurel’s situation, facing the same dilemma.

Laurel headed to Butler’s Farm where within minutes of being in the kitchen, she blurted out her pregnancy to Rhona.

Before she had a chance to explain the finer details, Rhona was rushing into thinking it was good news and bombarded her with questions.

“We’ve had tests… the baby’s got Down Syndrome,” Laurel eventually revealed.

“Did you want to blurt it out as soon as you saw me – because of Leo?” Rhona asked. 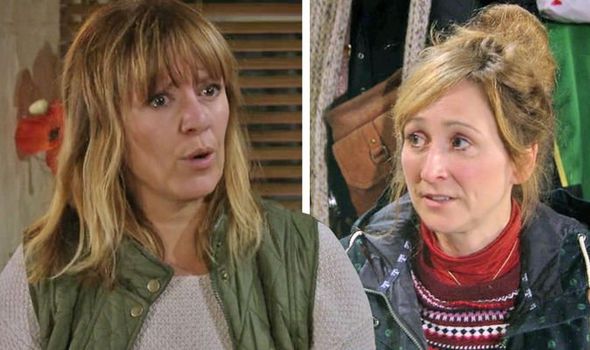 We will use your email address only for sending you newsletters. Please see our Privacy Notice for details of your data protection rights. Emmerdale spoilers: Dawn Taylor exits after life changing news

Laurel went on to explain how her and Jai’s children are aware of the baby, but not its condition.

“Nothing is really going the way I thought it was going to do, it’s a bit of a mess,” she added.

“The kids will probably be more clued up than I was, because of Leo. You all lived with Marlon for a bit, so he’s [Leo] is a bit like a brother,” Rhona commented.

“I actually booked a termination, I was so sure, it was Marlon really – you should talk to him actually – I hated him at the time, he was sure about having Leo as I was against it. I was just convinced I wouldn’t be able to cope.

“We talked and talked and I let time pass and let it sink in properly, and here we are, nine years down the line. It is hard, but it’s brilliant. I wouldn’t change a thing,” Rhona added. 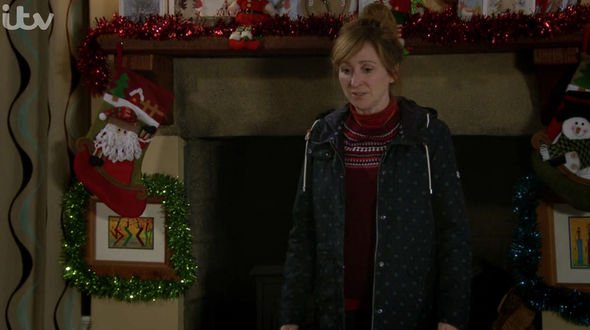 Laurel said she “hadn’t quite decided” about going full-term with the baby or not and Rhona’s attitude changed dramatically.

“You’re angry with me,” Laurel observed.

“No don’t be ridiculous, it’s your decision and you have to do what’s best for all of you,” Rhona replied before flipping out.

“Actually yes I am, I am really angry actually what are you doing here? This is weird, what do you want? Permission? You have let me go on and on like an idiot!” 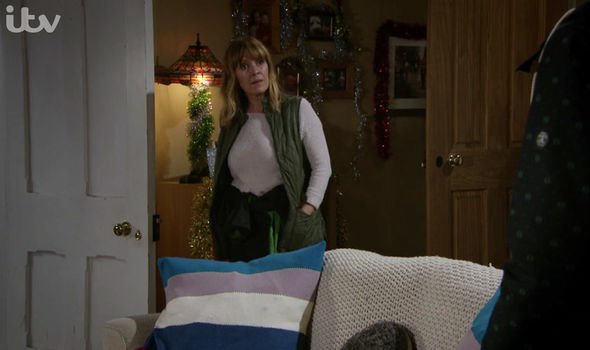 “Stop shouting at me!” Laurel hit back. “I had nowhere else to go.

“For the record Laurel, my son is the best thing that has ever happened to me. He is just as good as your kids – in fact he’s better. I can’t believe I just said that, what a stupid thing to say,” and with that Rhona left to go and use the toilet.

“Rhona you did just say you almost had an abortion now your having a go a her for having the same feelings. #emmerdale,” one wrote.

Someone else said: “Didn’t Rhona just say she considered a termination at 1st but Marlon talked her round then she acts like that?”

“Oh Rhona, how could she be so nasty to Laurel!   Especially as she would’ve terminated Leo if it hadn’t been for Marlon. Hypocritical. #emmerdale,” a tweet read.

One added: “The awkward moment when Rhona tells Laurel she considered a termination but continues to have a go at Laurel for considering a termination #emmerdale.”

“This Laurel and Rona story is strange. Rona admitted she nearly got a termination but then goes off on one when Laurel says she’s thinking of maybe not keeping her baby?!?! #emmerdale,” one chimed online.

Is 'Home Alone' on Disney+?