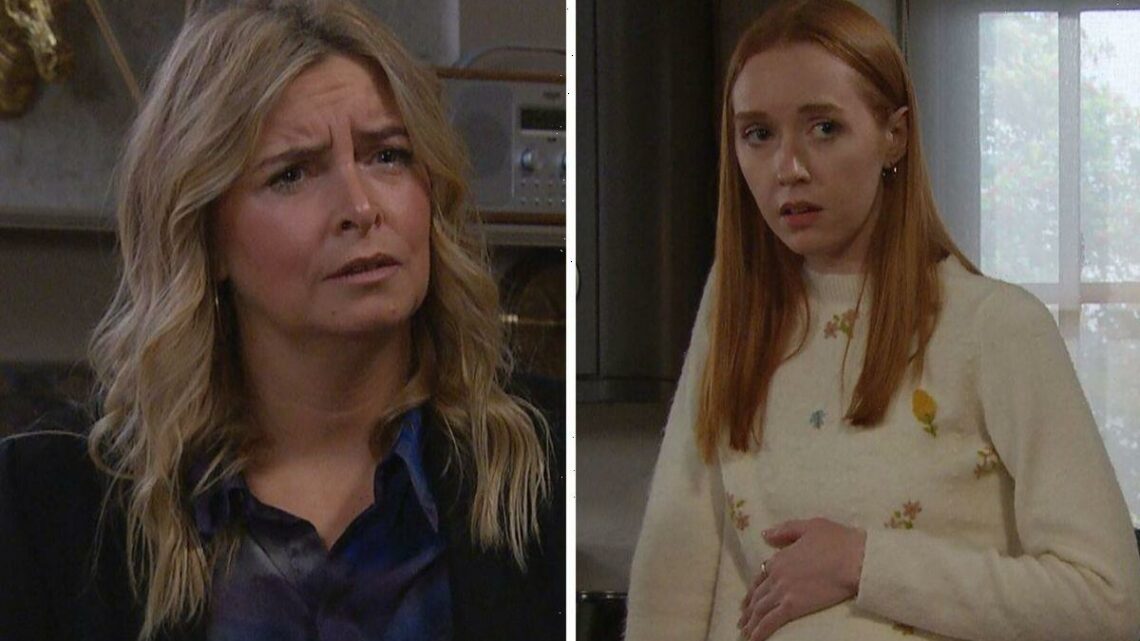 Emmerdale fans have been eagerly waiting for Charity Dingle (played by Emma Atkins) to find out that Mackenzie Boyd (Lawrence Robb) had a fling with Chloe Harris (Jessie Elland) and she is now pregnant. The pair have been able to keep the baby a secret up until now, but it’s only a matter of time before they are finally exposed.

Before Mack and Chloe spent the night together, he and Charity went through having to grieve for their unborn baby when the landlady had a miscarriage.

Mack has insisted to his love that he didn’t mind if they didn’t have another baby.

However, it later emerged Chloe was carrying his child and Mack has been having mixed feelings about it ever since.

He wants to support the mum-to-be, but at the same time, he will do anything to stop Charity from finding out.

Speaking exclusively to Express.co.uk and other press about the storyline, Lawrence discussed whether Mackenzie is ready to become a father.

He began: “He’s put between a rock and a hard place in this situation because he really wanted to be a dad with Charity.

“He really loves Charity and he’s now going to be a father but it is just with the wrong person.”

When asked whether there is still a spark between Mack and Chloe and if they will revisit that in the future, the soap star asked: “Was there ever a spark?”

The actress who plays Chloe weighed in: “I think it was kind of an off-the-cuff thing that happened and there are no feelings involved I don’t think.”

“I do love working with you,” the Mackenzie Boyd star continued before teasing a romantic storyline between the pair could happen in the future.

“I mean sometimes they hate each other, but two years down the line they might, however.”

“I guess they have got a common denominator of their child,” he added. “So it [a romance] wouldn’t be unheard of.”

“I think they butt heads quite a lot,” Jessie went on to add.

Could Mack and Chloe end up leaving the village together after realising their true feelings for one another?

In doing so, Mack would finally get to be a dad but would be betraying his love, Charity.

In upcoming scenes in the ITV soap, Chloe might be exposed by Sarah Sugden (Katie Hill).

When asked whether Chloe is worried about Sarah exposing the fling, the actress who plays Chloe replied: “Yes.

“I think especially for Chloe because they are so close and she feels awful for having to keep it a secret when it’s kind of necessary for her survival.

“I think Chloe is able to deal with it quite well, I think she’s quite confident in her ability to you know, manipulate or conceal the truth.

“So, I think she’s more confident about it.”