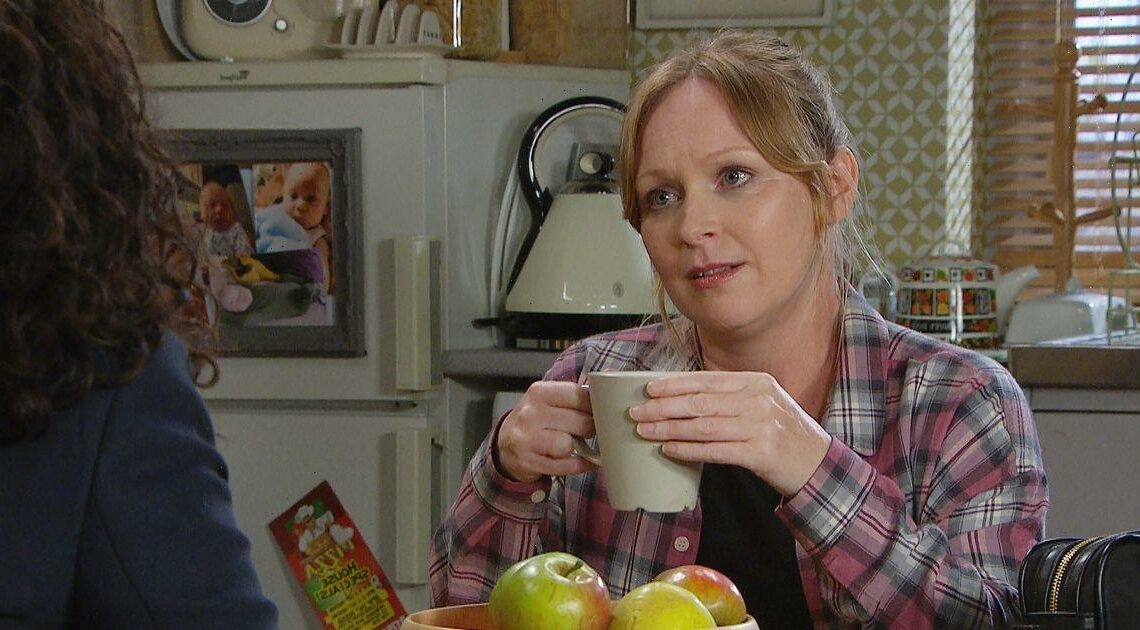 Emmerdale, EastEnders, Coronation Street and Hollyoaks continue to bring the drama next week.

With Christmas just around the corner, Britain's favourite soap operas are starting to play out the start of their festive storylines.

While some characters may not make it to the New Year, it looks like there is plenty of heartbreak in store for many of our Soapland favourites.

Daily Star has taken a sneak peek at the week ahead including miscarriage heartbreak in Weatherfield, shock death news in Albert Square and an emotional goodbye in the Dales.

Corrie villain Stephen Reid (Todd Boyce) is back up to his old tricks again in upcoming scenes.

He spikes his mum Audrey Roberts (Sue Nicholls) with her antidepressants as he tries to get his hand on her money.

Also, Janine Butcher (Charlie Brooks) makes up a vicious lie after learning that Mick Carter (Danny Dyer) has been with his ex Linda Carter (Kellie Bright) again, but it's not long before Sonia sees through the deceit and threatens to tell Mick all.

Vanessa Woodfield (Michelle Hardwick) decided to leave the village next week as she lands a job in Canada.

Ahead of her emotional exit, she splits with Suzy Merton (Martelle Edinborough) and Leyla Cavanagh (Roxy Shahidi) as she accuses them of using cocaine again.

Victoria Sugden (Isabel Hodgins) is left absolutely furious when David Metcalfe (Matthew Wolfenden) tells her about the speeding ticket in her name. She threatens to go to the police herself if David doesn't clear up his own mess.

Hollyoaks favourite Juliet Nightingale (Niamh Blackshaw) gets some heartbreaking news next week and nurse Misbah Maalik (Harvey Virdi) Misbah makes her an appointment for a biopsy.

Elsewhere in the village, Tony Hutchinson's (Nick Pickard) son Beau Ramsey (Jon-Paul Bell) takes a phone call and tells the mystery caller that something needs to be taken down.

Also, sparks fly between Felix Westwood (Richard Blackwood) and Mercedes McQueen (Jennifer Metcalfe) but they are interrupted by an ambush as John Paul McQueen (James Sutton) locks Mercedes and Goldie McQueen (Chelsee Healey) in the garage together.

“In the UK, the quiet unravelling of our reproductive rights is already well underway”
World News