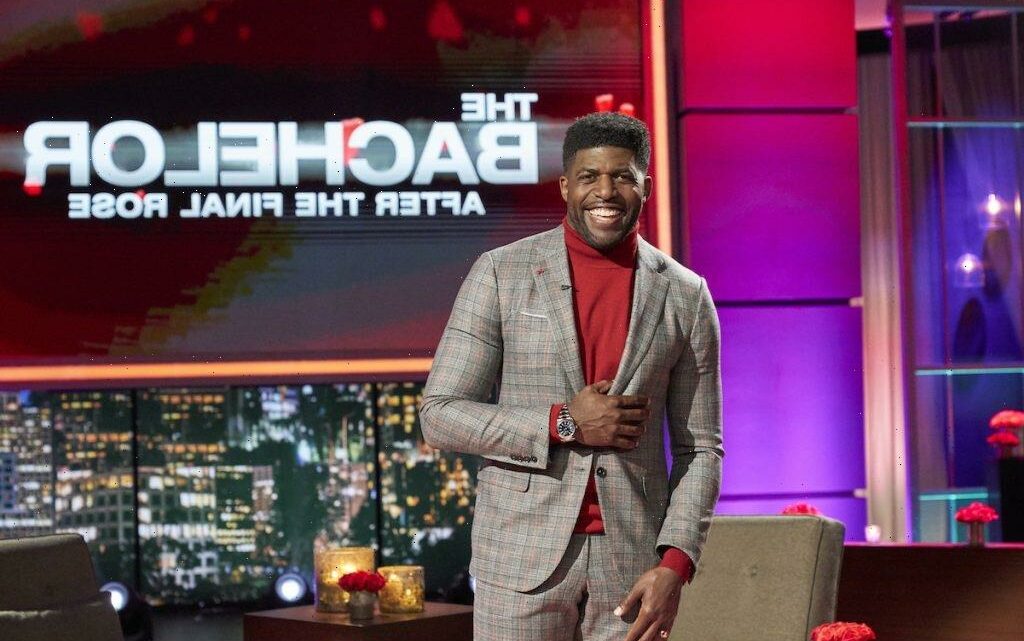 Emmanuel Acho is 'Open' to Replacing Chris Harrison on 'The Bachelor'

Emmanuel Acho stepped in as host of The Bachelor: After the Final Rose following Chris Harrison’s interview controversy. The sports journalist and author filled in for Harrison after the latter had a tense interview with former bachelorette Rachel Lindsay. In the interview, Harrison defended racist pictures and social media posts of Rachael Kirkconnell, and Bachelor Nation criticized his words. Could Acho be hosting the show permanently? He’s “open” to it, according to Acho in a new interview.

Following the contestants’ and fan pushback, The Bachelor opted to fill the hosting gig with Acho for the special episode. He is an expert at leading difficult conversations regarding race, which was necessary to cover with Kirkconnell’s controversy. Acho handled speaking with Kirkconnell with grace, and asked her some tough questions to see what she has learned in the wake of this situation.

He also interviewed Matt James and Michelle Young, and asked them how they felt about this entire scandal. Acho seemed to anticipate questions that might have been on certain viewers’ minds, and was able to lead conversations that resulted in vulnerable answers.

But where does the franchise go from there?

Acho was a guest on The View on May 6 and answered whether he would want to return to The Bachelor in a hosting capacity again.

“I absolutely would be open to hosting The Bachelor,” he replied. The author continued: “I think it’s a matter of how does The Bachelor currently need help?”

He asserted: “I think the franchise realizes it needs help both on-camera and exploring diversity better on-camera, but probably more importantly, behind the scenes.”

“How is the story being told,” Acho questioned. “The producers really carry so much more weight than the talent because are the ones who are telling the story and are trying to adequately represent the talent to the nation. It’s something I would be open to doing.”

Kaitlyn Bristowe and Tayshia Adams are hosting ‘The Bachelorette’

For now, Acho is not set to host The Bachelorette. The network went ahead with some show veterans to temporarily replace Harrison for Katie Thurston’s season.

There has been no announcement on who will host Bachelor in Paradise and Young’s season of The Bachelorette. Acho, Bristowe, and Adams are likely in the running, as they have filled in for Harrison since his departure.

Thurston’s season of The Bachelorette airs on June 7. The show reportedly wrapped one week early, but looks to have a happy ending, due to Thurston’s recent social media posts.

We’ll have to wait and see what comes next for Acho when it comes to Bachelor Nation.