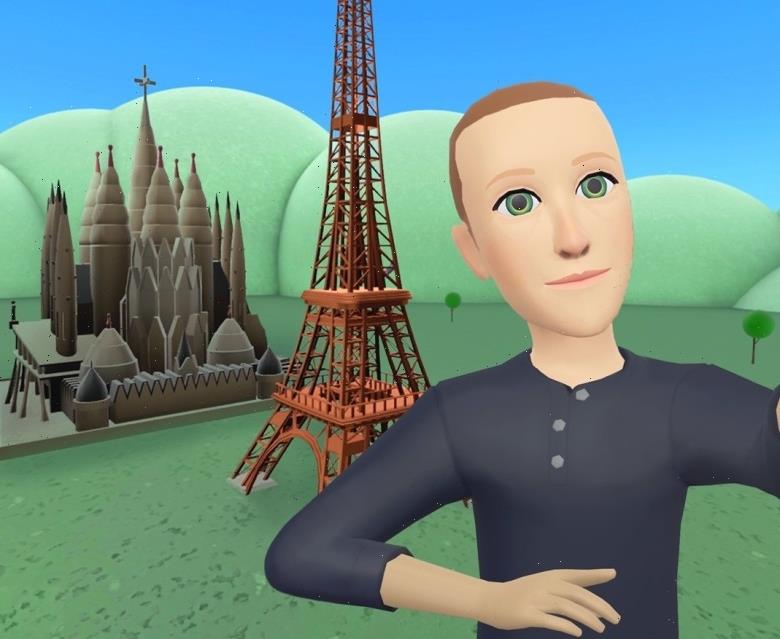 Embrace the Metaverse! Only, Please, Ignore Mark Zuckerberg’s Version of It (Column)

This week, Mark Zuckerberg introduced us to his vision of the Metaverse and the world averted its eyes. “Meta spent $10 billion on developing whatever the hell it’s doing with the metaverse last year, and all it’s got to show for it is a baby doll-faced Zuckerberg hovering in front of a miniature Eiffel Tower,” wrote PC Gamer. “If the future involves avatars that look like the Facebook CEO’s own,” Kotaku concluded, “then we are all screwed.”

The Internet is always a tough crowd, but in this case it’s right. The Meta CEO released a digital selfie from Horizon Worlds, his company’s metaverse social platform, to announce its launch in Spain and France and the results were painful. A few days later, he acknowledged that the graphics looked “pretty basic” and promised an update soon, but the damage was done: The billionaire’s robotic avatar against the backdrop of what looked like Eiffel Tower clip art contributed to the mounting sense that this metaverse thing is teed up to become a business snafu of even greater proportans than Qwikster and Quibi combined.

That’s true — and it’s not. Zuckerberg has been flailing in the metaverse ever since he pivoted his entire company away from Facebook, but its potential goes well beyond bad artwork and one executive who apparently takes our interest in it for granted. For Hollywood and the broader entertainment industry, the metaverse represents pure opportunity, and that’s where this column comes in.

The business has started to grasp the need to engage the metaverse on its own terms. This month, CAA appointed Joanna Popper, who used to run XR initiatives for HP, to the newly created role of Chief Metaverse Officer and she has already announced plans to grow her team. Earlier this summer, Disney hired former Apple executive Mark Bozon to serve as the studio’s VP of Next Generation Storytelling Creative Experiences. Paramount is currently hiring a Metaverse producer. Sony snatched up Fortnite developer Epic Games for $1 billion earlier this year, among other big metaverse bets.

That’s all a giant win for the artists and developers making metaverse work, but not much attention is going to potential metaverse audiences. Yes, the “Tenet” trailer premiered in Fortnite, way back in 2020, but we never got much beyond that. As someone who moonlights as a VR evangelist, please believe me when I say there’s gold in them digital hills.

A few weeks ago I wrote about “We Met in Virtual Reality” (a beautiful documentary I recommend everyone check out on HBO Max). Director Joe Hunting told me he infiltrated communities in VRchat, an advanced social platform and metaverse socializing hotspot, but first he had to first gain access to the Discord servers where a lot of coordinating takes place. That may sound like a lot of inscrutable work with questionable ROI, but the point is that audiences are spending meaningful time in many different metaverses, from VRchat to Grand Theft Auto Online. So why not start showing movies there — or at least make sure that you engage these hip, tech-savvy users?

Every struggling arthouse distributor that doesn’t have a lucrative output deal should try to pierce the metaverse equation. They should be talking to companies like BigScreen, which distributes movies in VR and sends marketing execs into these spaces to seek potential ways to engage future audiences. The numbers in these spaces aren’t always formidable — VRchat’s record is close to 100,000 active users on New Year’s Eve — but anyone who cracks the code now can exploit it more fully it when those numbers grow. And grow they will.

The need to pounce early has been on my mind of late because of a much older article recently flagged to me by — wait for it — Paul Schrader. The filmmaker and occasional peer sent me a 1971 essay published in Cinema magazine, which he edited early in his first career as a film journalist. The essay, “The New Ballgame/The Cartridge Revolution,” was written by a young executive named Peter Guber, and it reads like a crystal ball.

Guber makes a series of audacious predictions about how the incoming video cassette market will transform Hollywood. In between detailed breakdowns of the technology itself, Guber anticipates the existential threat to movie theaters: “The most severe threat posed by the pre-recorded home entertainment is to theatrical exhibition,” he writes. “The only advantage the exhibitor will have is the social experience.”

He also recognized the vulnerability of the broadcast model: “Live TV will have to pay more for its pre-recorded programming because of fierce competition,” he wrote. He literally covered every angle of the impact home viewing technology will have on multiple industries, including this one: “There will be a growth of a great new pornographic market, because the salacious cassette will receive the freedom of speech accorded by the courts to books and photographs, rather than the censorship imposed on TV and feature films.”

Guber pretty much called the streaming wars more than 50 years ago, and proved that a canny ability to think ahead of the curve — way ahead of the curve — is critical to industry survival. When Schrader sent me this article, I couldn’t stop thinking about it. He eventually suggested we call Guber, now the 80-year-old owner of the Golden State Warriors who abandoned the film industry years ago, to get a sense for how he anticipated so much so early.

“It wasn’t that I was bright,” Guber said. “It was just prescient to see this new real estate being formed. It was like the beginning of the tsunami and everyone is walking out on the beach and then you realize you’re the only one who sees the tsunami is coming.”

In 1971, Guber was a 29-year-old executive at Columbia Pictures. He recalled being aghast at how easily the studio sold off its libraries rather than anticipating their long-term value. “They never saw that this could be a volume business,” he said. “The inevitability of it didn’t even occur to them. They didn’t know what it meant and they didn’t know what to do with the future. So somebody else ate it. They could’ve owned it all.”

Guber’s prescience returned decades later. In 2009, he invested in VR events company NextVR, which Apple acquired for around $100 million in 2020. It was another development he predicted in that Cinema article: “It will be possible to be seated in one’s living room and view an eight-foot-tall John Wayne in 3-D and even walk around him.” That hasn’t quite come to pass (except in the metaverse), but Guber was right to see that technology would empower audiences to want experiences to come to them. If movies and TV don’t migrate to the metaverse, audiences may forget them in favor of immersive experiences that are already there.

“People tend to think everything is dead,” Guber told me. “That’s not right. It’s not an existential threat that audiences want to be entertained in certain ways. You can do it well and make a lot of money. Yes, things will change in form and substance, but the desire of the audience will not.”

The metaverse is providing a serious venue for the evolution of creativity — for 3D interactive experiences, 360 cinema, performance art, and other creations from new generations of storytellers. It’s also an exhibition venue, and for anyone in the business of engaging audiences, ignoring them here is tantamount to signing their own death certificate. Sure, there are plenty of trolls and teens wandering around these virtual spaces, but trolls and teens are audiences, too. Even as Zuckerberg’s virtual journey remains moribund, the metaverse is definitely going somewhere, whether we choose to understand it or not.

Are you an executive or creator struggling to understand the potential of the metaverse in the work you do? I’d love to hear your take on this week’s column or related areas of interest: [email protected]

Last week’s column on the stigma of accents in Hollywood yielded a number of intriguing responses. Here’s one of them:

I can name countless times, in the past, when accents didn’t necessarily match, but no one seemed to care. In the opening of Lionel Ritchie’s hit song “All Night Long,” he assumes a Caribbean accent in the opening stanza. The song was a huge hit and I can remember no one saying, “Lionel was born in Alabama, what gives here?” Is Kevin Costner in “Robin Hood” even remotely British in any way, let alone accented? No one cared and the movie was a bigger hit than either of the two “Robin Hood” movies made with British actors! I know the producers of “A Perfect Storm” and they told me that for the first few days of shooting, they did indeed try to get George Clooney to use a New England accent. It didn’t work and they simply said, “Go back to your regular accent.” I was born and raised in Texas and have been in many parts of the South. If I raised my ire at every non Southerner who’s butchered an accent, I wouldn’t have time to think. And there is a difference between say Texas and Arkansas and Tennessee and Mississippi. To me performance is more important than any one tenet.

Who will Anthony Joshua fight next after Oleksandr Usyk rematch tonight?
World News