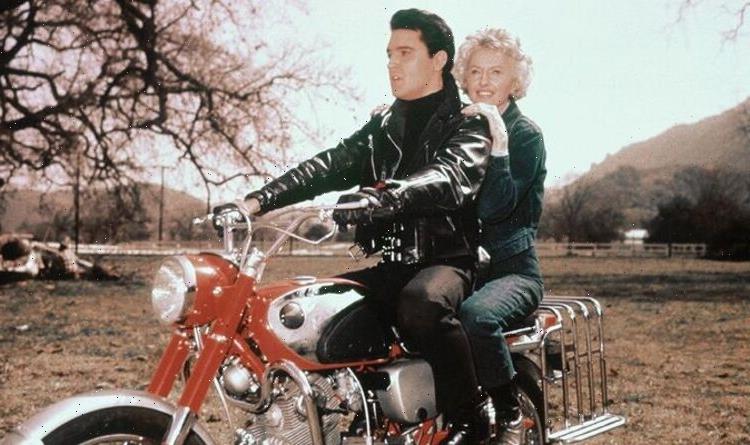 Back in 1964, Elvis Presley shot Roustabout, a movie in which he played a singer called Charlie Rogers, who loses his job at a coffee shop after getting into a fight with some Ivy League college boys. After a run-in with Barbara Stanwyck’s carnival owner Maggie Morgan, he takes a job with her while attempting a romance with Joan Freeman’s Cathy. During the shoot, Elvis insisted on doing his own stunts which concerned the production.

One scene saw Elvis’ Charlie riding his motorbike and circling a ring, which The King wanted to try himself.

His cousin Billy Smith, who was on set at the time, said on his YouTube channel Elvis Fans Matter: “Elvis actually tried that. Of course, they went stark raving wild. He was ready to get hurt, so he had to quit. But he was going to try it and probably would have done okay.”

This then led to the controversial incident of how The King got his scar above his left eye in the movie.

Billy shared: “How he got that was, in the scene where he was singing Poison Ivy League to a bunch of college guys and they took offence to it. Elvis goes outside and starts to get on his motorcycle and they supposedly jumped him. Well, somebody said he run into a bed [and] that’s how he got it. That’s not true. What happened was he was going through the scene and they were swinging at him and different things and he was blocking them. Well, this one stuntman, Elvis supposedly took him and flipped him and when he flipped him, the guy’s heal hit Elvis right there and it split his eye.”

His cousin remembered the shock on set that the leading man’s face was bleeding.

Billy added: “I remember blood was coming down, that’s how they knew it. Of course, they panicked. So they thought, ‘Well how in the world now are we gonna work this in?’ So they had Elvis riding and that’s where…you’ll notice he’s following the jeep and he runs through the fence and they used that and put a band-aid over his eye while it was healing and used that in the movie.”

Fighting back against Putin's war on the media