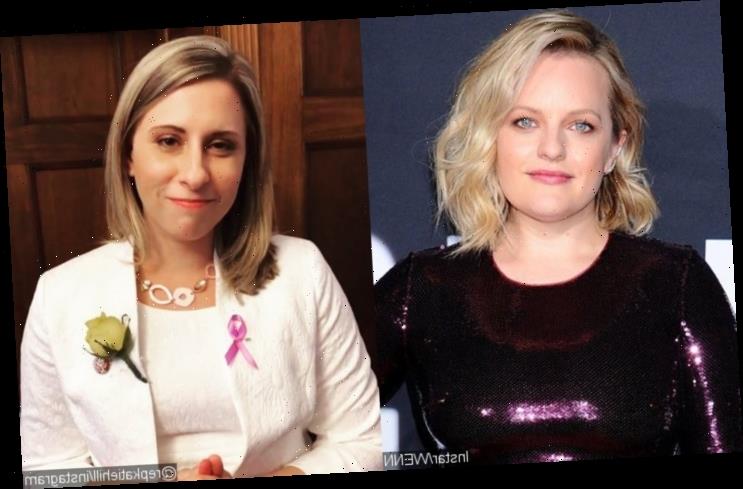 This film project, which will also have ‘The Handmaid’s Tale’ serving as its producer, is based on the former congresswoman’s memoir that has been released over the summer.

AceShowbiz -“The Handmaid’s Tale” star Elisabeth Moss has been cast as former U.S. Congresswoman Katie Hill in a new adaptation of her memoir.

Moss will also produce the project, based on “She Will Rise: Becoming a Warrior in the Battle for True Equality”, via her Love & Squalor Pictures company.

The book, released over the summer, chronicles Hill’s life as an inexperienced California politician and domestic abuse victim, whose career was shattered by the release of intimate photographs and allegations of an inappropriate relationship with a campaign staff member.

Announcing the casting news on Tuesday, October 6, Hill said, “I wrote ‘She Will Rise’ to try to take back my story from those who have exploited and twisted it. I also wanted to shine a light on the stories of women whose resilience and bravery gave me strength when I needed it most, and hopefully to provide inspiration to others.”

“Having this larger platform to tell this story, working with… the incredible Elisabeth Moss as the lead, is more than I ever could have imagined.”

Moss added, “I am so honoured to have the opportunity to portray Katie and to help tell her story. Her strength and work to amplify women’s voices is incredibly inspiring to me and her experiences could not be more important for us to magnify right now.”

Jason Blum from Blumhouse added, “We pursued this project because we believe in Katie and her message of empowering women and breaking the system. And with Elisabeth and the force of what she brings on and off the camera, we hope this will be a powerful vehicle to inspire and for change.