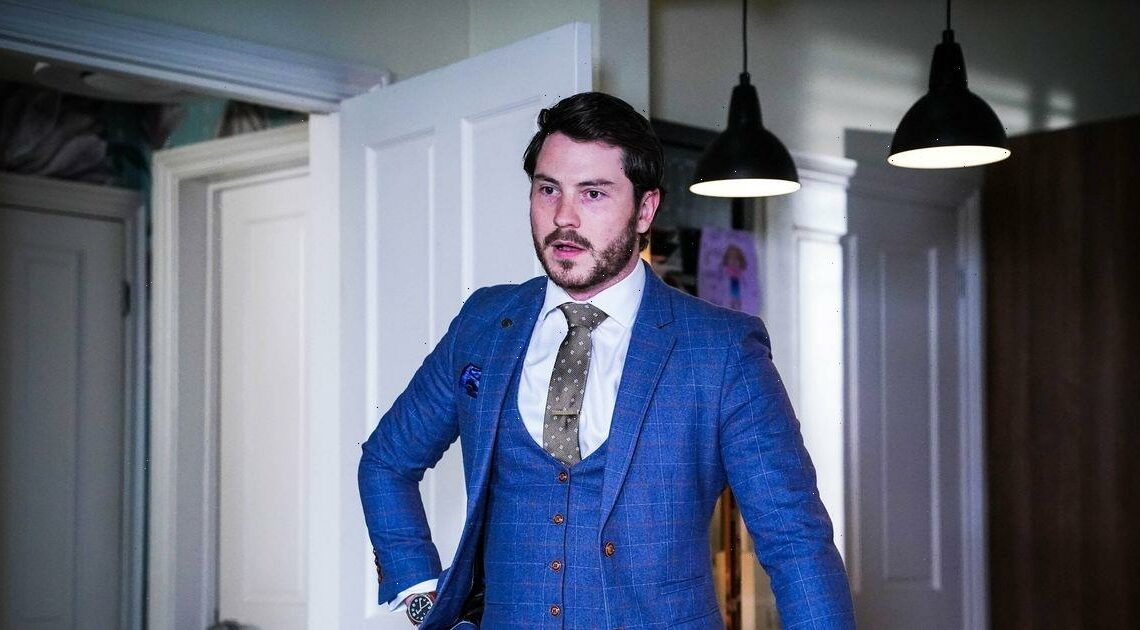 The solicitor's money problems are rising and his boss Laura arrives with a HR rep informing him that he’s been fired due to the caution he received last month.

Outside the café, Chelsea Fox (Zaraah Abrahams) brags about the clothes Gray bought her to a friend as he confronts her with his credit card bill, but to an unbothered Chelsea, it’s not her problem.

In The Vic, raging from earlier events, Gray calls Shirley Carter (Linda Carter) over to tell her he saw her missing sister Tina on a bus.

Shirley and Mick Carter (Danny Dyer) visit Gray and ask him to relay everything he knows about Tina, he tells them he can’t be 100% sure it was her.

Later, Shirley promises Mick that Sharon Watts (Letitia Dean) and Phil Mitchell (Steve McFadden) are going down unless they confess about their plan with Ian Beale (Adam Woodyatt).

Phil returns to Albert Square from seeing his daughter Louise and is met with an angry Shirley, who tells her ex lover to hand himself in for what he did to Ian.

Sharon spots a dishevelled Shirley who pleads with her to go to the police.

After Mick spends the night searching for Tina, Linda Carter (Kellie Bryan) offers to talk some sense into Sharon to get her to go to the police.

Sharon confides in Phil about her guilt over Ian, explaining that Linda and Shirley are pressuring her too.

She suggests going to the police but Phil reminds her she could face time.

Later, Phil worries when he can’t get a hold of Sharon and leaves her a warning not to do anything stupid.

Fans of the BBC One soap will remember that Gray brutally murdered Tina last Christmas in dark scenes.

Tina was going to run away after being set up for a crime she did not commit.

She was a key suspect in Ian's attack, with Gray actually behind a faked witness statement.

Calling Gray out over his lies, Tina brought up his wife Chantelle's death minutes before her own demise.

Tina told Gray she "saw him" and who he really was, before sharing what she thought happened in the lead-up to his spouse's tragedy.

Chantelle was pushed onto a dishwasher with a knife facing upwards in heartbreaking scenes in September last year.

Will Gray get caught out over his latest sick stint?

EastEnders continues Tuesday on BBC One at 7.35pm

Dominic Cummings had a 'three-hour debate' with waiters on holiday