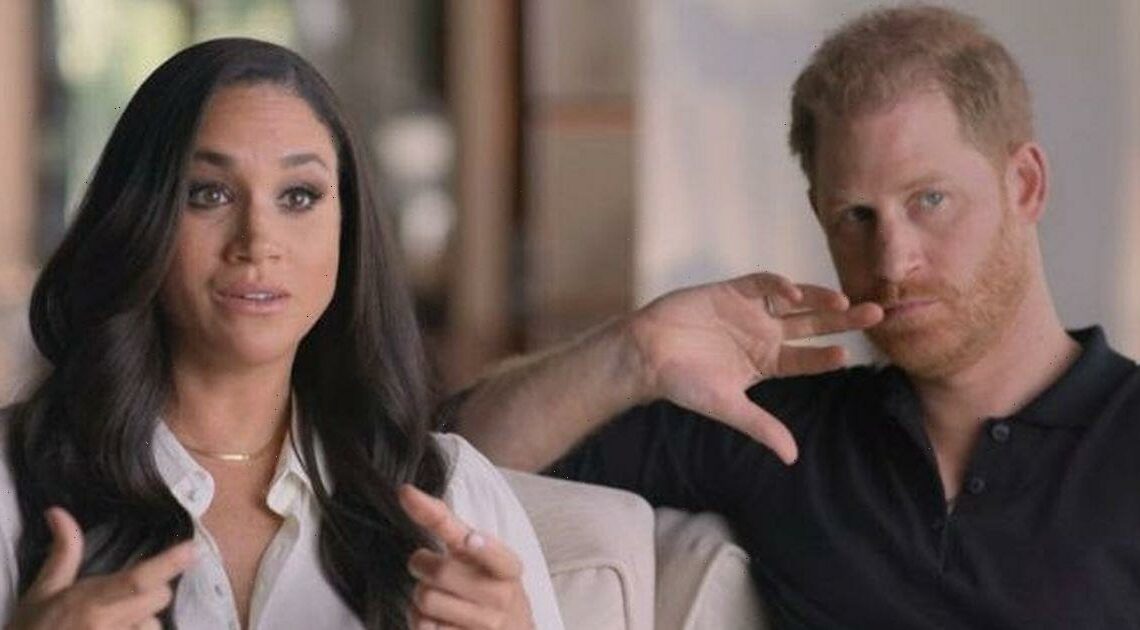 EastEnders star Tamzin Outhwaite has taken to social media to share her views on the dramatic Netflix series from Prince Harry and Meghan Markle.

The Sussexes released the final three episodes of Harry & Meghan on the streaming service on Thursday and dropped a string of bombshell accusations against the Royal Family.

Harry and Meghan signed a deal worth to be around £80 million with the streaming giant following their sensational exit as senior working royals.

READ NEXT: King Charles to throw 'larger Christmas party' but Meghan and Harry 'won't be there'

The pair offered unrestricted access as they spoke candidly about their decision to leave the UK and their conversations with members of the Royal Family.

Now, in view of her 269,000 Twitter followers, Tamzin has aired her views on the matter, writing: "Why am I feeling so anxious re Harry and Meghan?

"Why am I fearful of them not being happy still? Why am I scared for Harry?

"Why are they taking up so much of my brain space? Why do I keep changing my mind about them?

In the latest episodes, former actress Meghan broke down in tears as she recalled the emotional trauma she faced after she and Harry moved to Montecito, California.

Meghan was in floods of tears as she recalled going over the security documents for her home which included evidence of previous social media threats that should be reported to the authorities.

One chilling message posted online read: "Megan just needs to die, someone needs to kill her. Maybe it should be me."

Meghan explained her intense fear after seeing the message, saying: "I'm a mum, it's my real life you know and that's the piece where you see it and you go, you're making people want to kill me."

She then questioned: "Are we safe? Are the doors locked? Is security on? Are my babies safe?"

The Duke of Sussex can be seen comforting his wife as tears roll down her cheeks whilst she recalls the traumatic saga.

Throughout the six-part Netflix series, the Duchess of Sussex hasn't been afraid to roll out explosive royal revelations on top members of The Firm including King Charles, William, Prince of Wales and Buckingham Palace insiders.

During the series, Prince Harry also claimed his wife had been so popular that the institution felt "threatened" and claimed members of the team working for his dad, King Charles leaked stories to the press about him.

Buckingham Palace and Kensington Palace have vowed to remain silent on the allegations.

Melbourne City goalkeeper is smashed in the face with a BIN