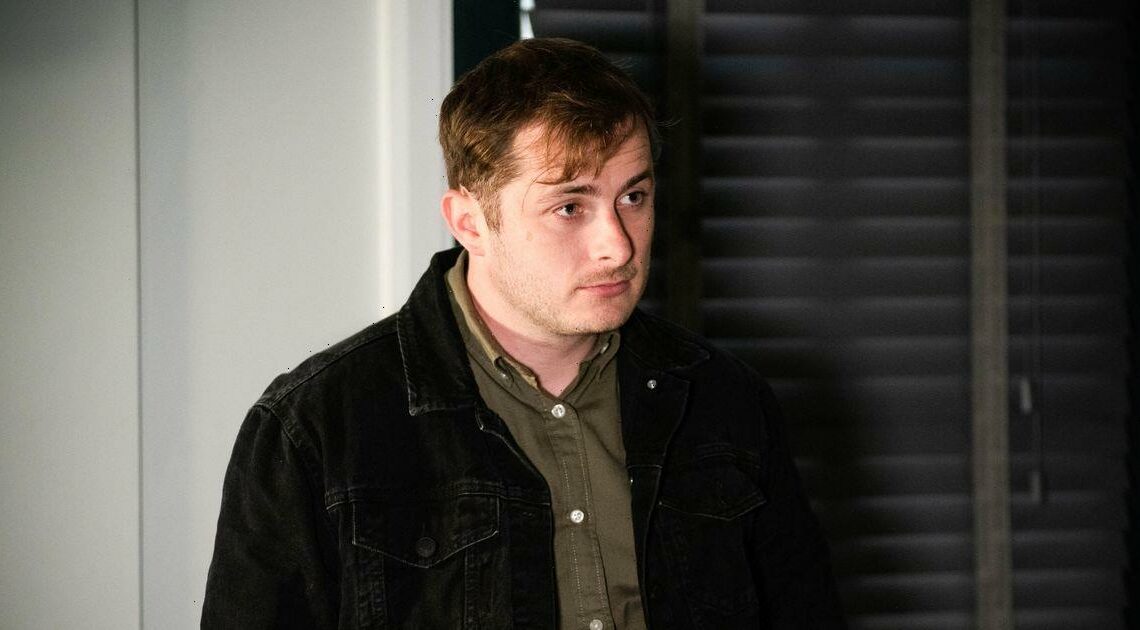 EastEnders fans can expect plenty more drama in Albert Square next week involving a heartbreak, drugs, and a steamy affair.

EastEnders spoilers reveal Jay is heading for heartbreak after a rumour begins that he is cheating on Honey with Lola.

Although he tries to explain the misunderstanding, will Honey believe him?

A spark ignites between Suki and Eve when the pair share a kiss, but it soon becomes clear to Eve that Suki will always hide their relationship.

However, that doesn't stop her from being unable to take her eyes off Eve when she goes out with Ash.

Elsewhere Ben and Sam become involved in drugs and things soon take a turn for the worse when the police raid Peggy's.

While at Peggy's, a drunk Jay intervenes and pretends to be Lola's boyfriend when she gets unwanted attention from a man.

Talking about it the next day, the pair laugh off Jay drunkenly calling himself Lola's boyfriend, however both are unaware that Lexi has overheard.

After witnessing a disagreement between Jay and Honey, Lexi wrongly informs Will that Jay and Lola are having an affair.

Revealing the news to Jada, it's not long before the gossip starts to spread and Ash breaks the news to Honey in The Vic.

After a raging Billy comes in and punches a confused Jay while a mortified Lola watches on, the pair try and explain the misunderstanding, but will Honey believe them?

The Panesar children make plans to go to the opening of the family’s new GP surgery.

Wanting to support Suki, Eve suggests they go to McClunky's where the pair bond over music.

Feeling a spark, Suki invites Eve back to hers and later kisses her.

At the opening of the Panesar's surgery, Eve turns up to show up to support Suki, but is immediately saddened by her standoffish attitude.

Suki introduces Ash to a journalist during the opening, but the pair are quickly taken aback when she reveals why she is really there.

When Eve and Suki talk about what happened between them, Eve is left heartbroken when she realises Suki will never be open about their relationship.

Ash invites Eve out but becomes annoyed when she friend zones her, leading her to wrongly assume that Suki is the reason why.

In Walford East, Suki is so focused on slyly watching Ash and Eve that she is oblivious to Ranveer's advances.

When Ash tries to kiss Eve, she has no choice but to gently turn her down.

When Phil starts to question him, Ben quickly shifts focus onto Sam and tells Phil he should spend more time worrying about her, implying she is damaging the bar.

Phil goes straight to Sam and asks her what's going on, with Sam having to spin some lies to cover herself.

After picking up drugs from Tez, Ben goes to pick up Tommy from football who discovers them in Ben's possession.

He innocently taunts Ben about what it is, but Ben aggressively asks for them back.

Realising that Ben could tell people she is working with Tez, Sam wins his silence by bringing him on as co-manager at Peggy's.

After learning Rocky is trying to sell his old car, Zack begs him to wait so he can find the cash to buy it back and tells Chelsea he's going to ask Sam for an advance on his wages.

But when Ben turns up acting like the boss, Zack is forced to find another way to get the money and begins asking for loans.

Zack is noticeably disappointed when this plan fails too, but things get worse when Ben starts taunting him, leading him to punch the latter in Peggy's.

Sam is furious with Zack for punching Ben, but he defends himself by revealing to Sam he thinks Ben has been using Peggy's to deal drugs.

Their attention soon turns elsewhere when the police rock up and raid Peggy's.