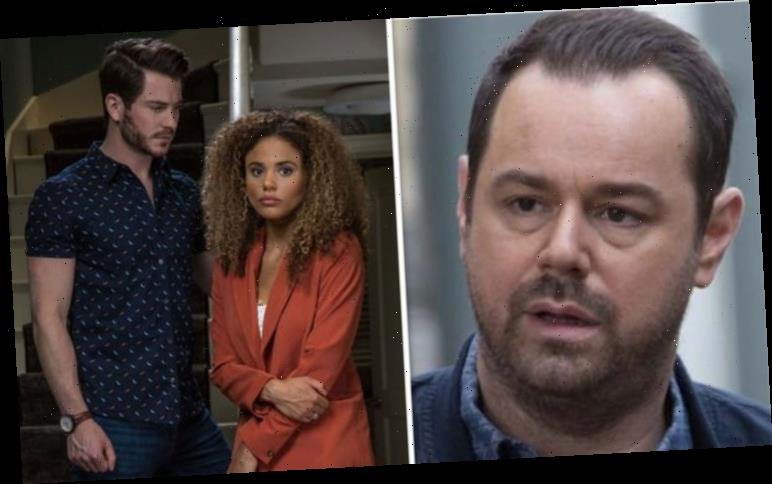 This wasn’t the only heartbreak tonight as Shirley Carter (played by Linda Henry) found a bottle of gin hidden in the bathroom and decided enough was enough and confronted Mick Carter (Danny Dyer). However, he decided it was time to stage an intervention and left little Ollie in the care of Chantelle Atkins (Jessica Plummer) who has been involved in a tragic domestic abuse storyline. Could her abuse be revealed as she takes care of the youngster?

For months now Chantelle has been physically and emotionally abused by her husband Gray Atkins (Toby Alexander-Smith).

He has slowly been taking control of every part of Chantelle’s life, most recently forcing her to try for another baby.

Tonight viewers watched as Mick told Linda (Kellie Bright) their son Ollie would be spending a couple of nights with Chantelle and Gray, leaving the landlady furious.

Earlier in the episode, Mick and Linda were called into the school because concerns had been raised over Ollie’s recent mood diary. 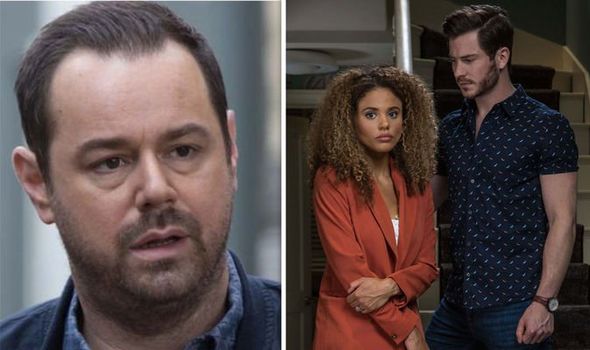 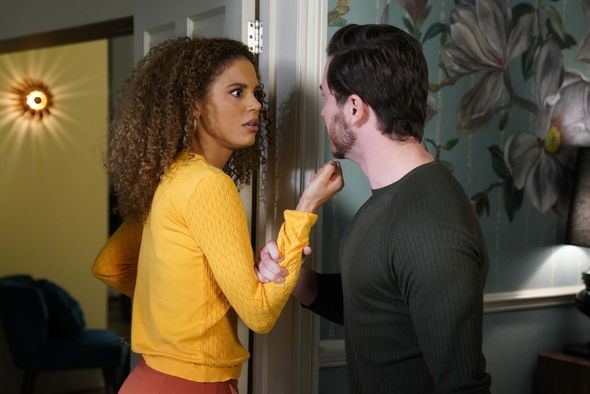 The teacher told Mick and Linda: “We’ve noticed some worrying patterns Mr and Mrs Carter, on average Ollie seems to get upset at least six times a day.

“I’m afraid we do need to discuss how things are at home, there has been an accusation made about your behaviour towards Ollie, Mrs Carter.”

The teacher made it clear social services were now involved, leaving Linda to fly off the handle demanding to know who made the allegation, only to be told it was Ollie himself.

However, things got worse later that day when Mick confronted Linda over the gin was found in the bathroom, he said: “Gray and Chantelle, they’re going to have Ollie tonight. I can’t have him in this house anymore. It’s not just you, it’s both of us you know. 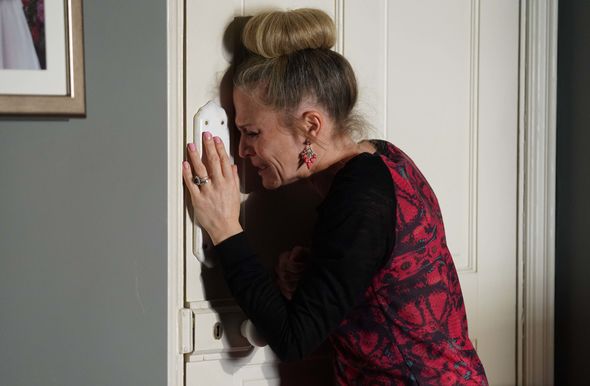 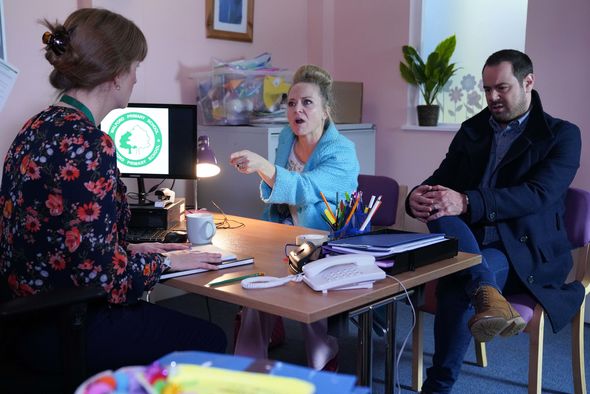 A devastated Linda cried: “No. You can’t, he won’t he’s not like other kids. He needs his routine, he needs to be at home. Things ain’t that bad!

“For God’s sake. Mick. Chantelle won’t know how to handle him, he won’t like it, he’ll hate it.”

Mick added: “It’s only going to be a couple of days, when he gets in from school we’ll pack his rucksack, it’ll be like a little adventure for him. He’s not happy here.”

However, when Linda couldn’t find her bathroom gin, she managed to find a bottle of vodka in the bar. When she appeared from her room drunk, Mick was forced to take drastic action.

An angry Linda wanted to go and get Ollie, leaving Mick with no choice other than to pick her up, throw her into the bedroom and lock the door as she sobbed.

Not only this, viewers heard sirens as he stood with his back to the door – what does this mean for Linda?

Mick just wants the best for Ollie but what will happen if he finds out that he has taken Ollie from one dangerous house and put him right in another?

Gray’s abuse of Chantelle has gone from strength to strength, with his latest attack leading viewers to believe he had raped his wife because he wanted another baby.

Could Ollie witness Gray abusing his wife and report it back to the school or even Mick?

If he did, Mick would be devastated to learn his son had been in danger and angry he hadn’t been able to help Chantelle.

Chantelle’s dad, Mitch Baker (Roger Griffiths) has been getting suspicious of Gray’s behaviours recently and he is also a good friend of Mick’s. Could they step in just in time or make the situation a whole lot worse?

EastEnders continues on BBC One on Thursday at 7.30pm.