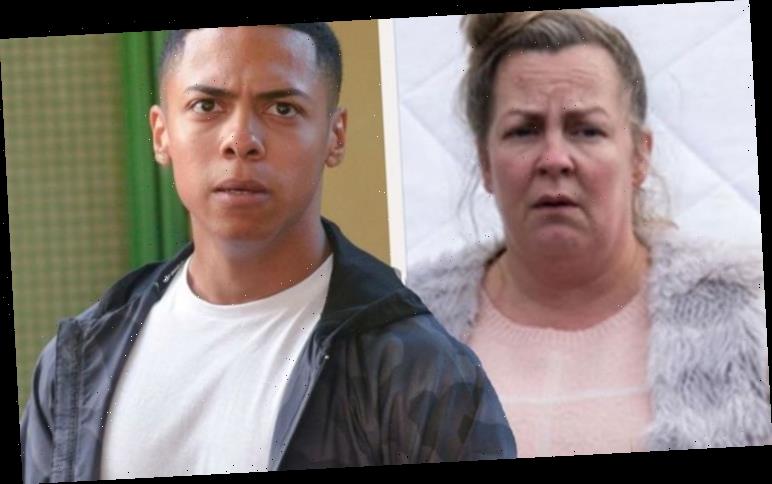 Sharon Mitchell (played by Letitia Dean) abandoned her newborn baby Kayden a couple of months ago after the death of her teenage son Denny Rickman (Bleu Landau) and left the baby with his grandma Karen Taylor (Lorraine Stanley) on EastEnders. However, last week it was hinted that Karen and Keegan Baker (Zack Morris) could be leaving Albert Square for good after a number of huge knockbacks for both of them. In upcoming scenes, Karen and Keegan could kidnap baby Kayden fleeing the Square for good.

Sharon gave birth to baby Kayden on the same night her son Denny was tragically killed at the Queen Vic boat party.

At the same time Sharon was sitting in a hospital bed celebrating the newborn, she was told by Kayden’s dad Keanu Taylor (Danny Walters) Denny had died and she began to spiral.

After weeks of struggling to even look at her new son, Sharon handed him to Karen and said she didn’t want the responsibility.

Karen was horrified, but as viewers know, she is a powerhouse of a mother and was very happy to step up for her grandson. 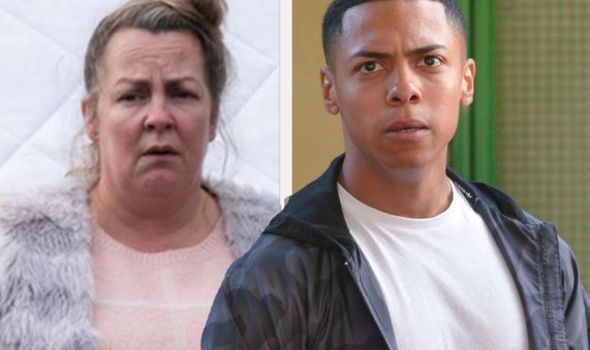 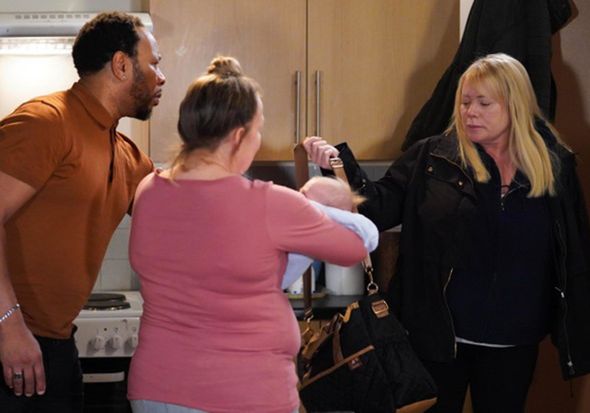 With all the drama with Sharon, Kayden and Karen, the mother hasn’t necessarily been able to pay as much attention to her other children.

Keegan has had a rough few months – he has been racially profiled by the police twice for crimes he did not commit and is also on the cusp of losing the business for good.

A couple of weeks ago, after being mistaken for a drug dealer, Keegan’s wife Tiffany Butcher-Baker (Maisie Smith) stood up for her husband only to make it worse.

The man came back later with a bunch of his mates and two of them held Keegan back as the rest of them destroyed his food truck, leaving it a shell of what it used to be. 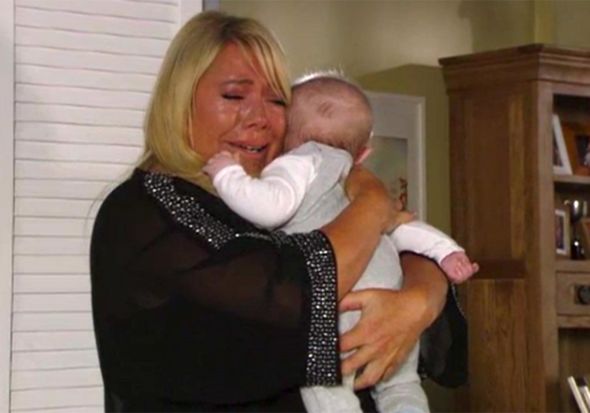 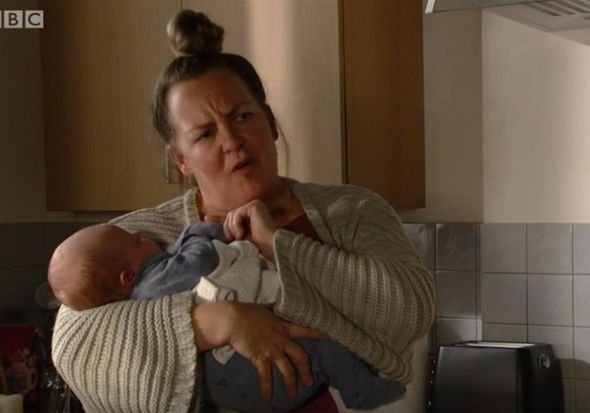 This was the final straw and Keegan has been sinking into a deep and hopeless depression ever since.

However, last week saw Karen’s concern peaked by Keegan’s new behaviour, but could the two be ready to escape Albert Square for a new start?

Karen was devastated when Sharon asked for Keegan back and her family has been trying to get her to fight for him.

Express.co.uk recently spoke to Zoe, a solicitor from Stowe Family Law about what rights Karen has over baby Kayden.

Zoe explained: “The term custody does not exist anymore: this is now known as a ‘live with’ child arrangements order.

“Grandparents can make an application to the court for their grandchild to live with them but, in most cases, they need the court’s permission to make the application.

“Karen could make an application to the court for a decision as to whether Kayden should live with her and she could raise that Sharon abandoned him.

“Kayden’s welfare would be the court’s paramount concern in determining where he should live.

“Parental responsibility means you are involved in the major decisions regarding a child’s upbringing and responsible for their welfare. Although grandparents are blood relatives, they have no automatic legal rights or responsibilities for their grandchildren.”

Could the grandmother get desperate enough to kidnap Kayden from his mother to give him the life she knows he deserves?

Karen and Keegan could work together to leave Albert Square once and for all taking the little one with them.

What on earth would Sharon do, having just signed the lease to the Queen Vic, if her other son now disappeared?

EastEnders can be aired on BBC iPlayer and BritBox.