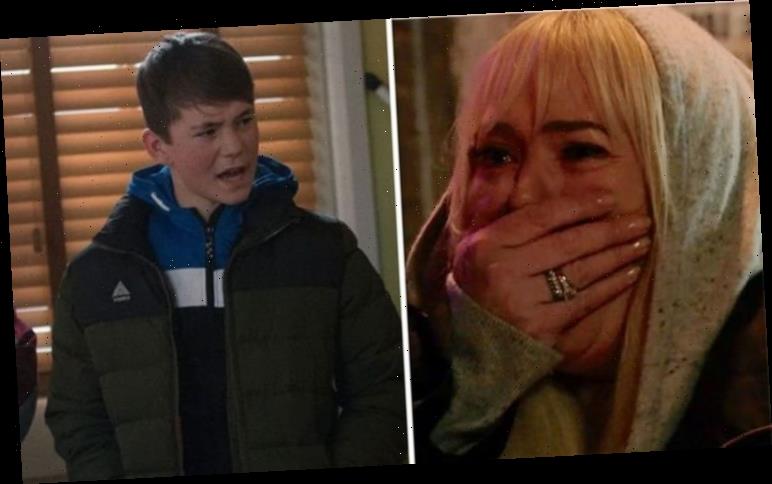 A heavily pregnant Sharon Mitchell (played by Letitia Dean) lost a lot over Christmas after her sordid affair with Keanu Taylor (Danny Walters) was revealed, leaving her homeless and her son Denny Rickman (Bleu Landau) refusing to speak to her. But Sharon is set to receive some heartbreaking news as Denny is put in danger when Bobby Beale’s (Clay Milner Russell) temper gets the better of him.

On Christmas Day, Phil Mitchell (Steve McFadden) discovered Sharon had been having an affair with his daughter’s fiance Keanu.

Not only this he was forced to confront the fact Sharon was pregnant with Keanu’s baby, forcing Phil to push Sharon out into the cold and hiring Martin Fowler (James Bye) to kill Keanu.

But this never happened as Linda Carter (Kellie Bright) stumbled onto the scene moments before Martin pulled the trigger – but the Mitchells don’t know.

However, after taking to the bottle once again, Linda confessed Keanu was alive provoking Sharon to take her revenge. 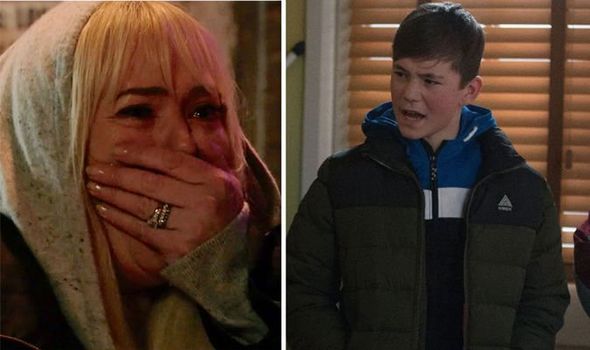 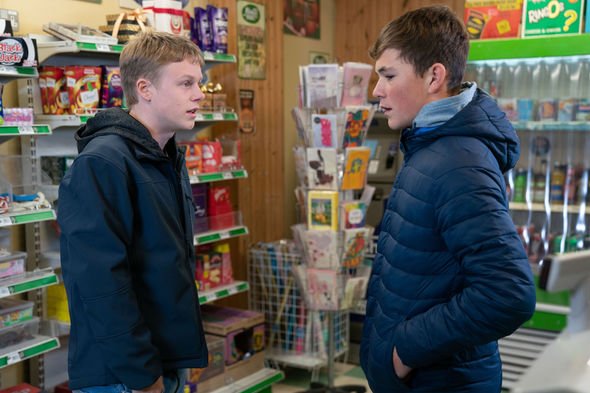 Viewers know after the affair was made public, Denny wanted absolutely nothing to do with his mum, choosing to stay with Phil.

But as Phil is off to Portugal, Sharon is set to be told some home truths by her son.

Last week, Sharon went to the police and told them Phil and Ben Mitchell (Max Bowden) were the ones involved in Keanu’s disappearance.

Phil has now gone off to Portugal leaving Sharon to believe Denny had gone with him, but this week she will discover Denny stayed and tried to make amends.

Sharon is relieved but it soon becomes clear her son is no closer to forgiving her. 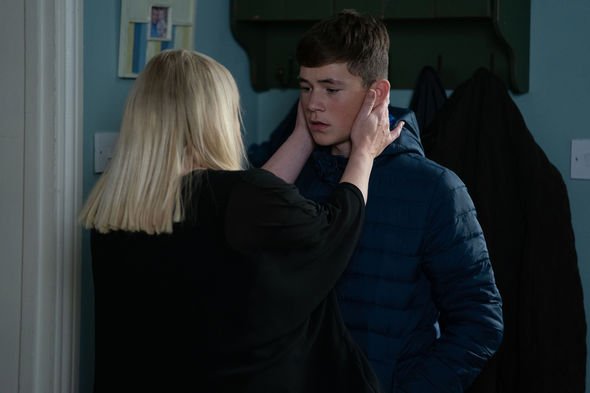 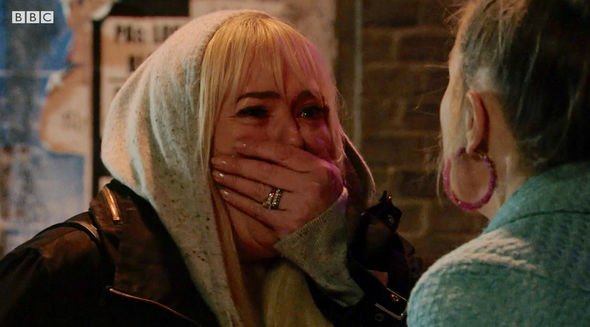 Even though Sharon is thrilled to see Dennis, she is stung by his harsh words as he lets rip at her and tells her there is no way that he is coming home.

Sharon will end up in a war of words with Kathy Beale (Gillian Taylforth) but Bobby Beale will intervene making her even more focused not to give up on Denny.

However, when Bobby goes to try and talk sense into Denny, his advice will fall flat and his temper will rise.

Sharon isn’t one to sit back and hope that everything is ok, and when Kathy moves back in with Bobby, Sharon will take the chance to swipe the keys to the Mitchells house.

Kathy will catch her red-handed, but when Bobby steps in to stop the women drawing blood, he will be horrified by his own drastic actions – will Denny be hurt in the process.

In upcoming scenes viewers may be left asking if history is repeating itself as Bobby is known for his violent past.

Will Sharon be forced to give birth to her new baby, whilst her son is left in mortal danger?

Or is Denny seen enough of Mitchells behaviour to get himself out of trouble?

Elsewhere on Albert Square, Linda Carter’s drinking is out of control and nothing Mick Carter (Danny Dyer) is doing is stopping her from grabbing the bottle.

Last week he was forced to lock Linda in her room and send little Ollie to stay with Chantelle Atkins (Jessican Plummer) because he was so miserable at home.

But what will be the final push for her to stop drinking and will it end in divorce for the couple?

EastEnders continues on BBC One on Monday at 7.30pm.