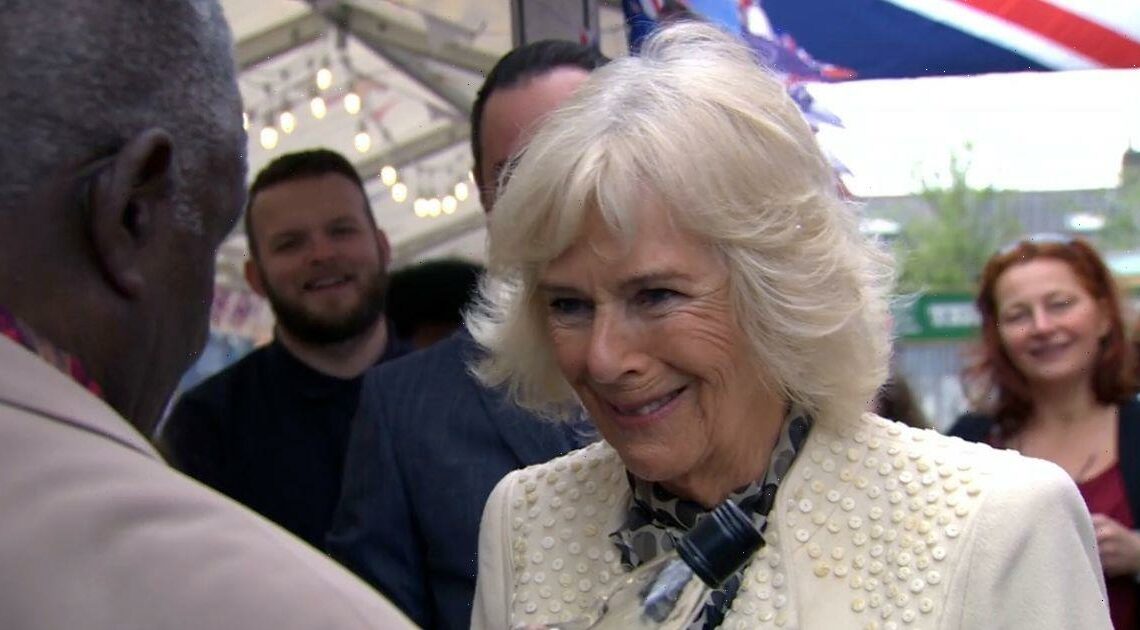 EastEnders has released a new spoiler video of Prince Charles and Camilla's debut on the hit BBC One soap.

The Prince of Wales, 73, and Duchess of Cornwall, 74, will star as themselves and join Albert Square's residents with a street party to celebrate the Queen 's Platinum Jubilee on Thursday 2 June.

In the clip, it sees Mick introduce Camilla to Patrick as she points out the "nice little bottle" of rum he is holding from Trinidad.

To which Patrick replies: "It's rum, especially from Trinidad. As they say, a drop a day keeps the doctor away!" with Camilla joining in on the last bit.

The Duchess of Cornwall then admits: "I've tried that in Trinidad, it's pretty good!" as Patrick jokes: "And you're still standing, ma'am!"

He adds: "Before you leave, ma'am, can I interest you in a little…" as he uses his hand to gesture a drink.

As Camilla insists: "You can!" with Albert Square's residents cheering on.

It come as EastEnders is set for exciting scenes as the hit BBC One soap will be changing its iconic theme tune to celebrate Prince Charles and Camilla's debut, which will be aired at the end of the episode.

The Jubilee-themed tune was composed by original theme tune composer Simon May and will play as the residents celebrate the Royal visit and make a toast to Her Majesty The Queen’s seventy year reign.

Soap watchers will recall that other versions of the EastEnders theme tune include the likes of Julia’s Theme and Peggy’s theme, which are used for special episodes.

Chris Clenshaw, Executive Producer, said: "To have Prince Charles and the Duchess of Cornwall not only visit us all in Walford, but to also appear in an episode, we felt it was only right that we marked this extremely momentous episode with a fitting tribute.

"And what better way than to wish Their Royal Highnesses on their way from Albert Square than with a special Jubilee version of our iconic theme tune, remastered by the very talented Simon May."

The specially shot scenes were filmed back on 31 March when Prince Charles and Camilla visited the set of EastEnders to meet the cast and crew of the long running drama.

Soap watchers will recall that Mick Carter, played by Danny Dyer, recently decided to throw a Jubilee party for the Square and in upcoming scenes, he will tease some very special guests.

In the episode, due to air on Thursday 2 June, the partygoers will get the surprise of their lives as Mick and Linda Carter, played by Kellie Bright, greet The Prince of Wales and Duchess of Cornwall and introduce them to the residents of Albert Square.

EastEnders continues on BBC One on Mondays, Tuesdays, Wednesdays and Thursdays at 7:30pm on BBC One.

For the latest on all your favourite celebrities and EastEnders , sign up for OK!'s daily newsletter here.

UK envoy has a message for American politicians on Northern Ireland