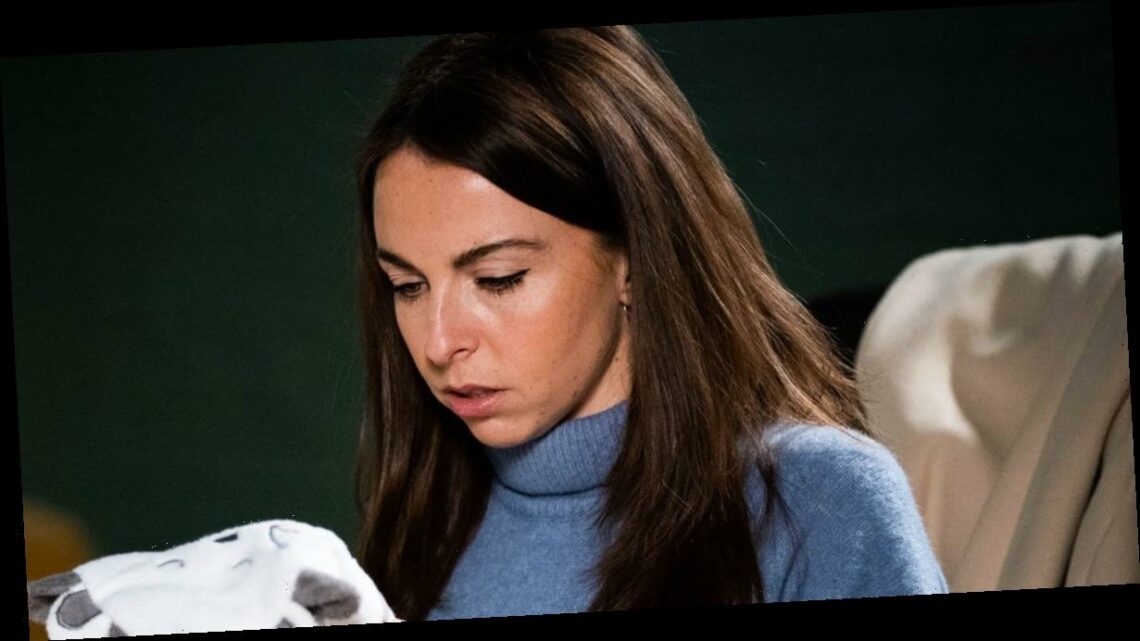 The Square's nightclub owner was delighted to learn she was expecting but sadly lost the baby in emotional scenes.

In a desperate attempt to keep husband Martin Fowler on her side, she initially lied.

But then in a huge twist, Ruby – played by Louisa Lytton – was ecstatic to find out she really was expecting her first baby.

It came after Stacey Slater (Lacy Turner) forced her to take a pregnancy test.

But worried Ruby phones the hospital and docs struggled to find a heartbeat.

The emotional businesswoman struggles to keep it together after hearing the awful news.

She later returns and is devastated but can’t bring herself to tell her husband the truth.

"Sorry the brewery sent the wrong order," she said to Martin to explain her absence.

Her husband comforted her – but she couldn't tell him the truth.

"We're a family Ruby, that's all that matters. It's just going to be you, me and the baby," he added.

Martin then shows her the framed sonogram and suggests where to hang it.

The show closes with Ruby sitting in the dark, heartbroken.

But fans think there are more lies around the corner – and urged her to just tell him the truth.

One took to twitter to write: ""First she lies that she's pregnant then turns out to actually be true bet those lies keep on coming.

"She will blame her miscarriage on Stacey," predicted a second.

Another put: "Ruby just tell him! Martin is a decent guy he'll understand!"