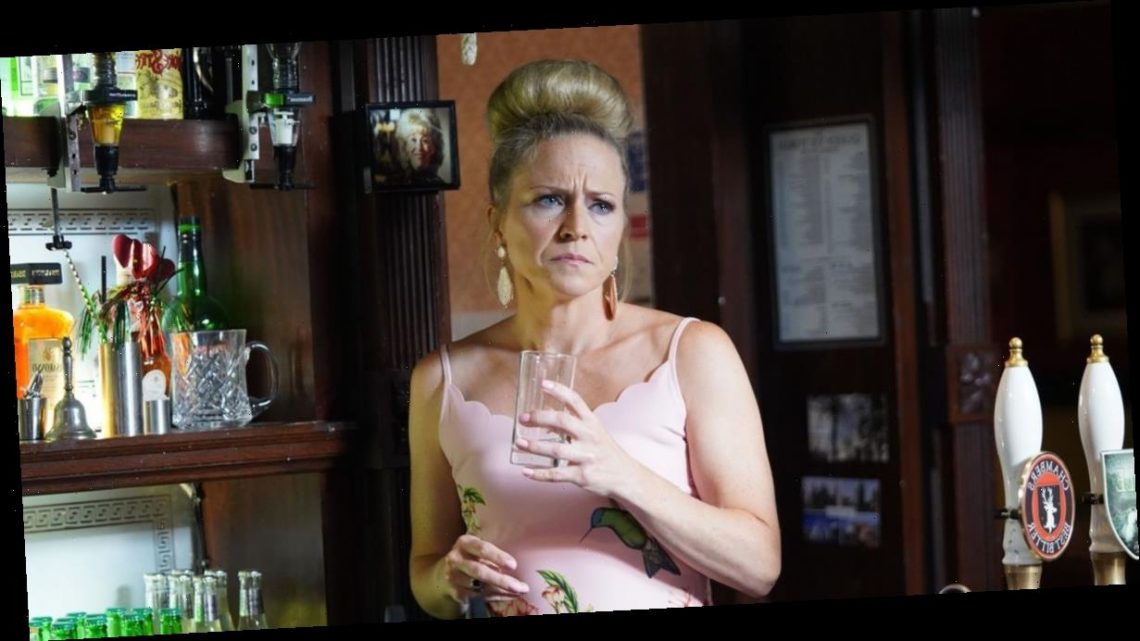 Christmas is never a quiet affair in EastEnders, and this year looks set to be as dramatic as ever.

The snaps, which have been circulating online, show both actors filming the explosive scenes, which are set to air around Christmas time.

According to The Sun, a gunshot was heard during filming at a London warehouse where Martin was seen grabbing Linda, who was wearing a skimpy red costume.

The only other actor present for filming was Danny Walters, who plays Keanu Walters.

It was revealed earlier this week that Danny is leaving the soap after playing the hunky mechanic for two and a half years.

The scene looks set to be the climax of the storyline involving Keanu fathering a baby with Sharon Mitchell (Letitia Dean) and Louise Mitchell (Tilly Keeper).

A source told the publication: "Keanu should know that secrets never stay secret in Walford and he's been playing with fire for months.

"The truth is going to come out in spectacular fashion and bosses are promising that Keanu's exit is going to be explosive."

He told The Sun Online: "Keanu's story is set to come to a dramatic and blistering conclusion in the near future as one of best kept secrets on the Square is finally revealed with devastating consequences."

"We'd all like to thank Danny for his nuanced performance as Keanu Taylor over the last two and half years.

"What Danny has brought to his character has been one of the reasons the 'Sheanu' affair has been such compulsive viewing for fans."

Sen added: "Everyone at EastEnders wishes him well for the future.”

Danny Walters said in a statement: "It has been a joy to play Keanu Taylor for the last two and half years.

"I have been blessed to work with the most fantastic creative team and I will miss them and my fellow actors immensely."

It's yet to be revealed how exactly Keanu leaves Walford but we do know it will be dramatic.

Keanu moved to Walford alongside the rest of Taylor family in 2017.

EastEnders continues on BBC One on Monday at 8pm

Mother who murdered her sons could have been stopped