Home » TV & Movies » EastEnders favourite Stacey Slater returns to be by Jean’s side during her last moments? 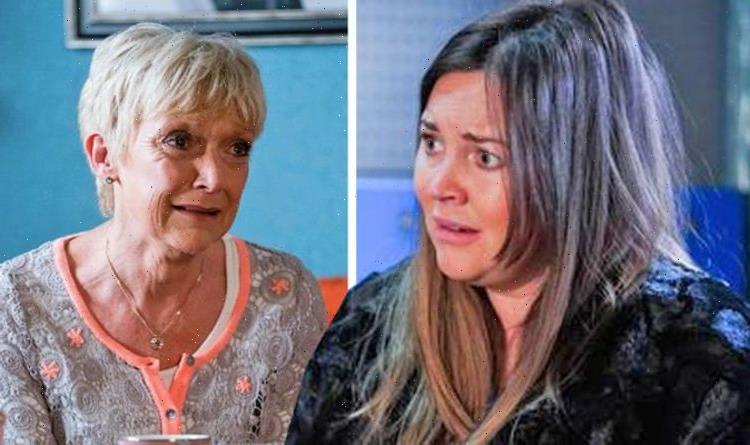 EastEnders favourite Stacey Slater returns to be by Jean’s side during her last moments?

EastEnders fans were disappointed to learn Stacey Slater (played by Lacey Turner) would be leaving Walford so soon after she returned. It came as the actress who plays the favourite announced her second pregnancy and left the soap for maternity leave. But, with Jean Slater (Gillian Wright) potentially battling cancer in silence, will Stacey make a quick return to be by her mother’s bedside during the final moments? Express.co.uk spoke to Marie Curie about their Information and Support Team which is there for those living with terminal cancer or for those who know someone with terminal cancer.

Stacey was last seen in April this year when she left to serve time behind bars.

She pleaded guilty and was given a shorter sentence for supposedly pushing Ruby Allan (Louisa Lytton) down the stairs, causing her to miscarry.

BBC One viewers know the club owner fell and that she lost her baby the day before the incident.

While Ruby deleted her CCTV footage of the argument and subsequent fall with Stacey, the police found alternative footage from a different angle and it looked like Stacey pushed her. 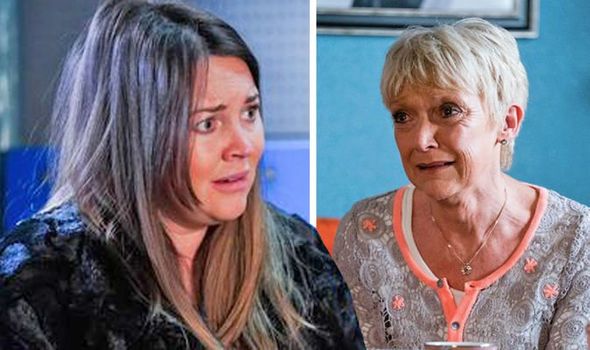 As a result, she will not be walking around The Square until the autumn time, but that doesn’t mean she can’t visit?

Fans have been suspicious of Jean’s health since before Christmas.

She battled ovarian cancer back in 2019 and then received the all-clear in 2020.

After finding a lump on her breast, Jean visited the doctor, and they advised she see a specialist to confirm whether or not the lump was benign or cancerous.

Fearing the worst, she refused the appointment and has been living in terror ever since.

During one episode, EastEnders fans saw her sitting at her dresser and recording a video message on her birthday for her family and friends. 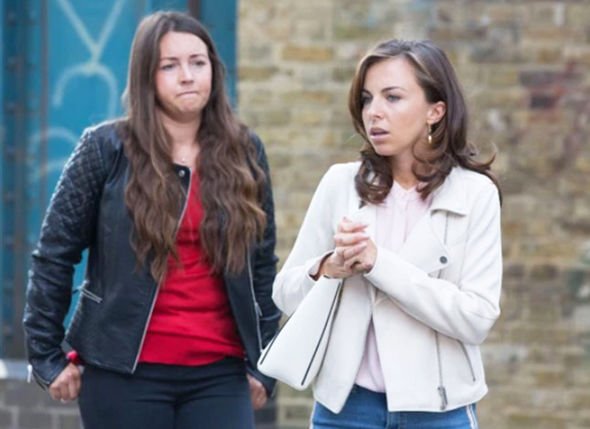 She explained how the cancer was “back” and despite not having tests and results she could “feel it”.

To add to this, she has suffered sharp pains in her abdomen as well as dizzy spells.

Is one of the most popular characters going to be killed off this year?

Express.co.uk has contacted BBC for comment, but they are keeping details of Jean’s storyline under wraps and won’t confirm or deny whether she has cancer.

Speaking to Marie Curie about the storyline, Brigette Flye, a member of the Information and Support Team explained what Jean’s final days could look like. 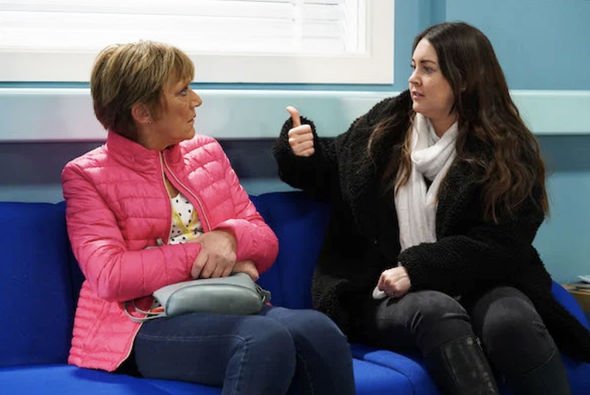 Having not opened up to anyone about her cancer suspicious, should Jean ring the helpline and what advice would she be given?

Brigette said: “We’d encourage Jean to contact our Support Line in the first instance and we’d reassure her that we’re here to listen and she can share as much or as little information with us as she likes.

“We may also ask her what her main worry or concern is and take the conversation from there.

“It is important to recognise that picking up the phone and asking for help can be a difficult thing in itself, so we would provide her with a space to talk and offer as much relevant information and support as possible, without overloading her.

“We’d encourage Jean to call back whenever she feels she needs to.”

As for Stacey, Brigette continued: “If Jean chose to open up to us about her wishes to have her daughter by her side when she dies, we’d also help her to start having that conversation with Stacey as soon as possible and to discuss plans for care and her wishes.”

While Stacey may be banged up behind bars, should Jean be on her deathbed, she could request a day pass from prison to visit her sick mother.

Fans will be pleased to have Stacey back on their screens, apparently there was some backlash to her taking maternity leave again.

“I’m not quite sure what they’re angry about.”

EastEnders returns tonight at 8pm on BBC One.

Marie Curie is the UK’s leading end of life charity.

The charity provides essential frontline nursing and hospice care for people with any terminal illness, a free support line and a wealth of information and support on all aspects of dying, death and bereavement

It is the largest charity funder of palliative and end of life care research in the UK.

Marie Curie is committed to sharing its expertise to improve the quality of care and ensuring that everyone has a good end of life experience.

And they are calling for recognition and sustainable funding of end of life care and bereavement support.

Marie Curie’s information and support line is available for anyone with any questions about dying, death, bereavement and terminal illness. Call free on 0800 090 2309 or visit mariecurie.org.uk/help/support.