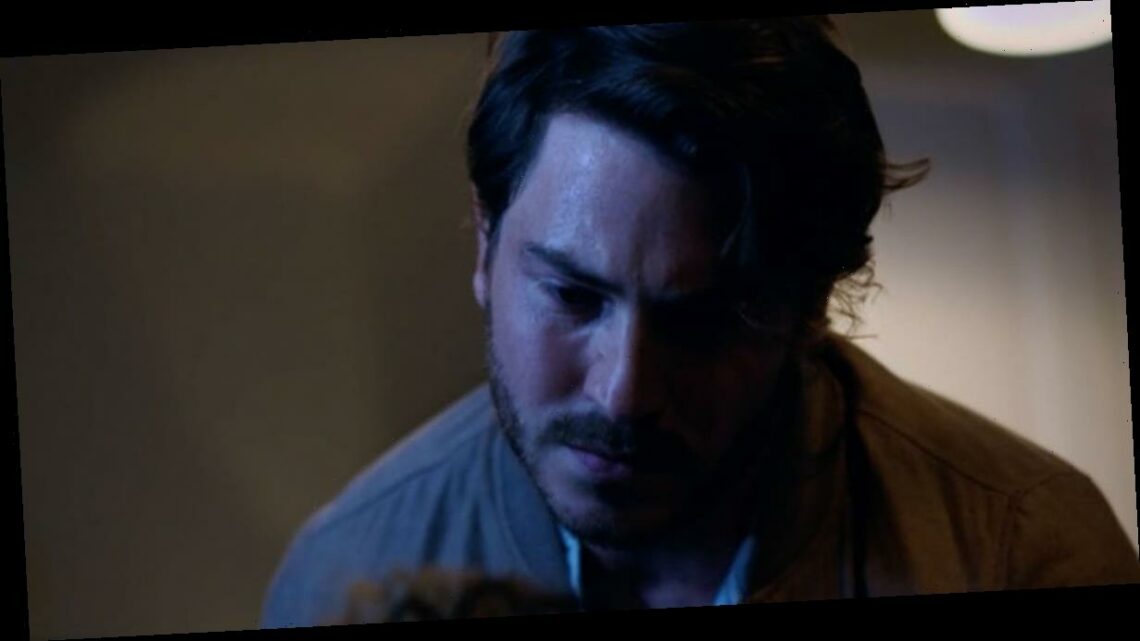 EastEnders fans were sickened as Gray Atkins brutally killed his wife Chantelle after pushing her on top of a dishwasher, where a knife was sticking up.

The sick abuser then left Chantelle to bleed to death on top of the dishwasher as he walked around Albert Square to get an alibi.

He was then seen walking into the Minute Mart where he bought a bottle of milk from Suki Panesar, promising her he would pay her back the next day.

As he returned, he dropped the bottle of milk on the floor and placed a toy car next to Chantelle's body, making sure she was dead.

Fans took to social media to wonder if the police would become suspicious at the milk bottle, which seemed like it had been dropped to mark Gray's horror at finding his wife.

One posted: "The police when Suki Panesar tells them Gray came in to buy the glass milk bottle that “Chantelle dropped”. GOTCHA."

Another added: "Won't they find it odd that he specifically bought a glass bottle? The pantomime of it all."

A third chipped in: "I hope forensic investigators will note that the trajectory of the milk bottle indicates that it was thrown with force and not simply dropped from shock!"

A fourth wrote: "That glass bottle of milk wil seal Grays fate! She’ll tell police that he bought that while she was in the house dying!!"