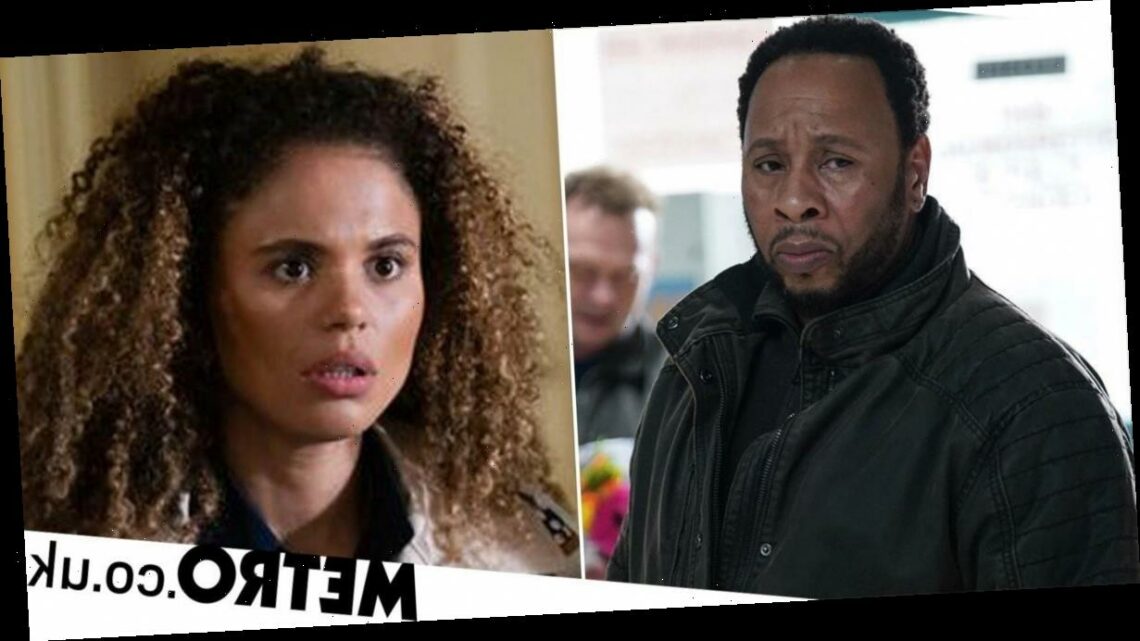 Tonight was the hairdresser’s penultimate episode before she will be killed off by her husband Gray (Toby-Alexander Smith) in Friday’s instalment.

And viewers were left heartbroken as the mum-of-two was forced to leave her parents’ abode after her house was broken into.

‘What’s the point?’ she questioned, trying to prevent being alone with her abuser. ‘By the time we’re back whoever was there would have been gone by now.’

But Gray was adamant they had to return home to see what damage had been caused to their property.

‘There’s someone in your house, we have been robbed,’ he explained as he marched towards the door.

Following closeby, Chantelle asked her mum Karen (Lorraine Stanley) where the kids were as she tried to escape Gray’s plans.

However, the lawyer pressed: ‘I think we should handle this together – who knows what they could have taken. The kids want to go home they’re scared, the film didn’t help, come on.’

It was that moment that Mitch suspected something was wrong, as he urged his daughter to stay: ‘Baby if you want to stay just say, I’m sure Gray will be okay on his own.’

But it was too late, as she decided to leave with her husband.

In a heartbreaking moment, she turned to both Karen and Mitch, and took time to say goodbye to them both.

‘Drive safe baby,’ he dad shouted after her as she made her way to the car.

Right on cue, viewers took to Twitter full of fear for tomorrow night.

‘Why am I literally sobbing at Chantelle saying bye to Karen and Mitch? I adore Karen but seeing Mitch find out Chantelle is dead is going to destroy my little emotions,’ one wrote while someone else said: ‘Chantelle’s last moments with her parents are heartbreaking.’

Another added: ‘Mitch is gonna regret not making Chantelle stay.’

And it seems others felt the same: ‘The way Chantelle said goodbye to her parents is like she knows it’s the last time she’s gonna see them my heart is breaking.’