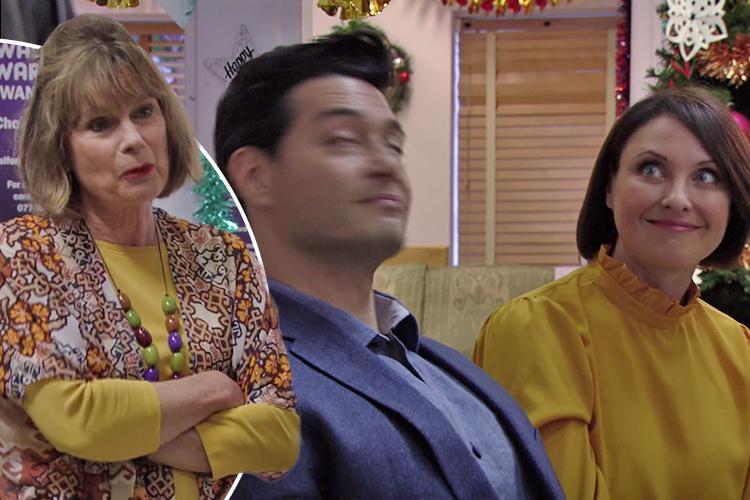 Some of the residents of Walford were auditioning during the practice session for a starring role in the group’s Christmas performance in a competition which features a prize of £5,000. 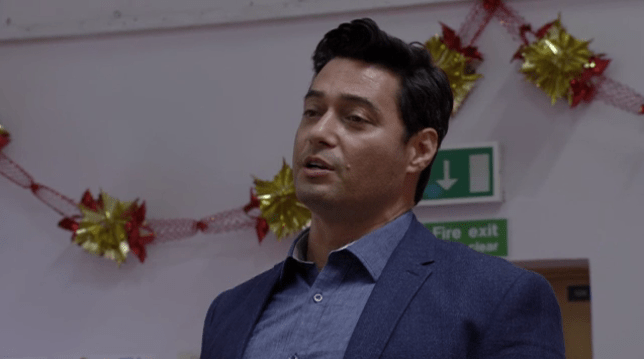 And Honey found herself stuck between her ex Billy and charismatic, sharply-dressed Adam, who Billy now sees as his love rival.

Honey was insistent Billy had put in a good effort with his questionable, out of tune singing when he tried out, with choirmaster Morag clearly unimpressed.

But when Adam stood to give it a go, he left Morag stunned with what she was hearing, prompting her to passionately exhale: “Oooh, aural pleasure!”

While Morag was referring to Adam’s voice pleasing her ears, viewers laughed as she thought he satisfying her in another way. And the audience at home could not believe what they were hearing, prompting them to take to Twitter to express their surprise.

One person wrote: “Did I just hear a character in #EastEnders say that she had just been given "oral pleasure"?!?!?” Another remarked: “Oral pleasure?! Are we supposed to say that before the watershed ! #Eastenders.”

Someone else commented: “Lmfao at the choir lady about Adam. ‘That’s oral pleasure’ wahahaha #EastEnders.”

And another fan posted: “Adam's giving them all Oral pleasure! #EastEnders.”