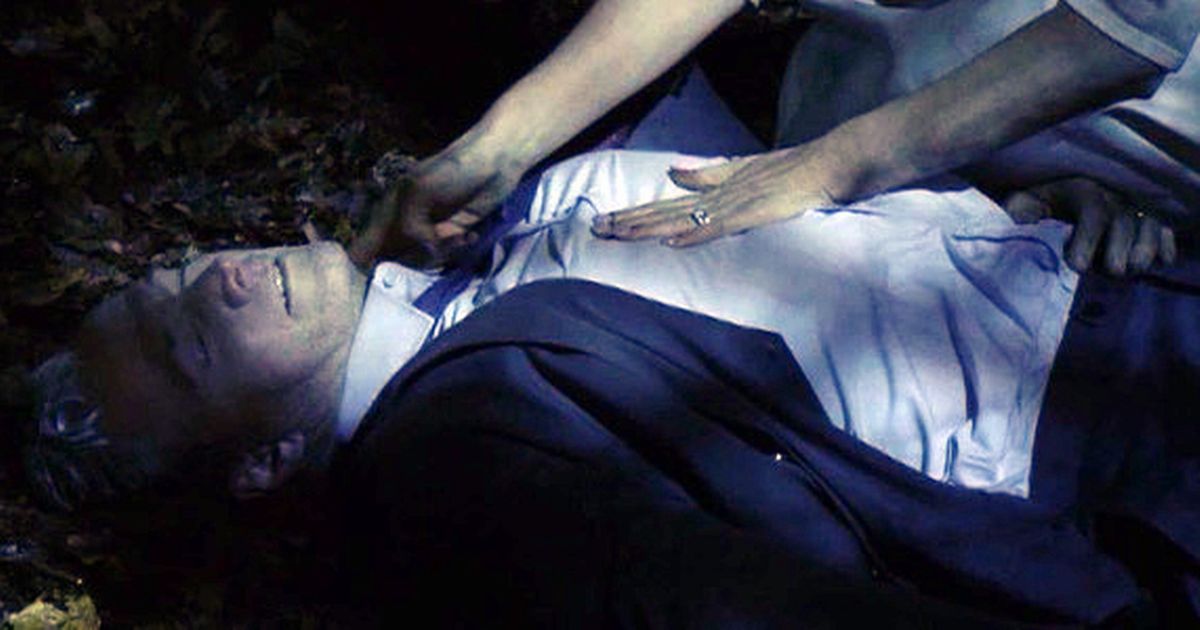 EastEnders viewers were convinced that Ray Kelly was still alive after noticing a bizarre detail.

The former copper had been shot in the chest by step-son Hunter in dark scenes last night as he tried to strangle Mel.

Fans flocked to Twitter to point out the awkward blunder.

While another commented: "Erm Ray was still breathing! #EastEnders."

A third remarked: "Can see him breathing #EastEnders."

This won’t be the first time Ray has come back from the dead.

In Fatal Attraction-esque scenes on EastEnders last night, Ray jumped up from beneath the mud and grabbed Mel and tried to choke her to death.

However Hunter delivered the final blow by shooting Ray in the chest, killing him once and for all.

Dark scenes saw Hunter kidnapped by Ray after he tried to attack him for throttling mum Mel.

This led Mel to desperately seek them out alone in a wooded area, but brought a gun with her as she demanded to know where he had taken her son.

Ray lied by insisting that a friend of his had taken Hunter – and that if he didn’t call him back her son would be killed.

Mel later discovered the truth and went to find her son, fearing that he had died. But the pair later reunited and discovered that Ray freed himself.

The pair dashed to the car, making it just in time before Ray could get his hands on them.

Wielding a spade, Ray tried to smash the car windows in a bid to attack the pair.

As Mel tried to get away, she ended up running over Ray.

Initially believing that he was dead, Mel tried to bury his body.

But in a shocking turn of events, Ray took Mel unaware and attacked her, leading Hunter to shoot him dead.

*EastEnders returns on Monday at 8pm on BBC One

A Little PDA, Eh? Kim and Kanye Make Out in Miami After Announcing Major Baby News