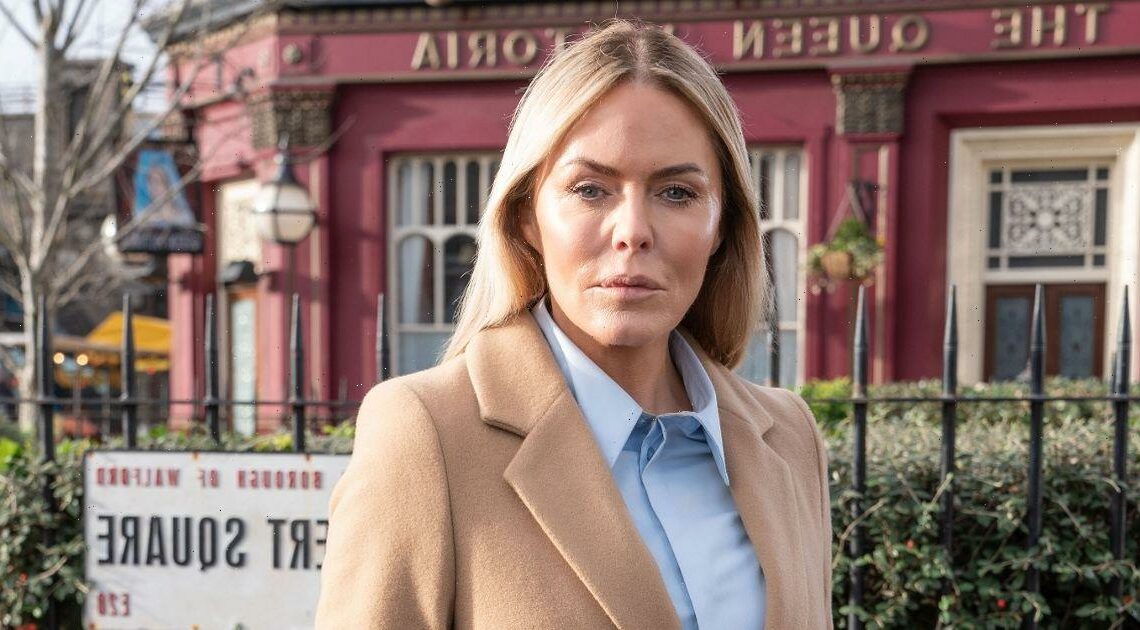 EastEnders producers have officially confirmed that soap star Patsy Kensit will be joining the cast of the BBC show.

Emma, who left Lola with her father when she was just three years old, has come around after learning her daughter is suffering from a terminal illness.

Her arrival is set to spark fireworks but producers have said Holy City actress Patsy will be the "perfect fit".

"We're delighted to welcome the wonderfully talented Patsy to the EastEnders family. She's the perfect fit to take on the role of such a long-awaited character that we know very little about," producer Chris Clenshaw revealed.

He continued: "Softly spoken and measured, on one hand Emma is the very opposite of her long lost daughter, Lola."

The soap announced the new cast member via their Twitter page for their online users, sparking debate and reactions from fans.

EastEnders tweeted: "@patsy_kensit is set to join the cast of #EastEnders for a short stint in the role of Emma Harding, Lola's mother."

"How will Lola respond as she's forced to confront a face from her past when her own future is so uncertain?" they teasingly concluded.

One viewer kicked off the conversation, writing: "This is going to be iconic @patsy_kensit was absolutely fantastic on @emmerdale as #SadieKing and her @bbceastenders stint is going to be AMAZING! Hopefully a perm role will happen #Eastenders."

"Hopefully, she'll be a permanent cast member", another suggested.

Others weren't too keen on Patsy's new role, with one user writing: "Even more reason not to watch eastenders", followed by a smirking face.

Producer Chris gave more insight into Emma's role on the Square, saying: "The burden of losing her daughter has never left her, but can she find the courage to tell her shocking truth and reconnect with Lola, or will it come too little, too late?"

"Patsy's portrayal is bound to set off fireworks in Walford and cause havoc for the Mitchell household", he concluded.

These bestselling fleece-lined leggings are less than £12