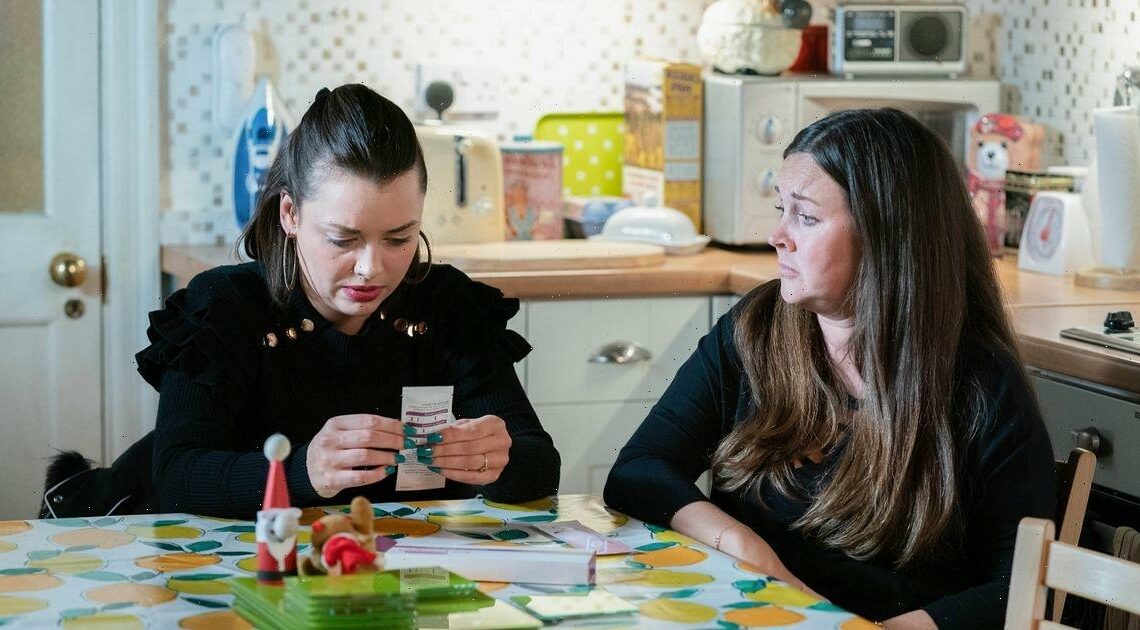 BBC's long-running drama EastEnders has delivered a multitude of exceptional storylines in 2022 and fans think there is plenty more to come in 2023.

Several storylines and characters were introduced this year, offering fans both barrels of laughter and tears too.

From Grey Atkins finally receiving his comeuppance to Alfie Moon and Ricky Butcher's unexpected returns, viewers have had plenty to get their teeth stuck into.

But as the year draws to a close, Daily Star has taken a look at the stories that fans think will unfold in 2023 and what viewers should look out for.

After years of troubles, Whitney Dean has finally seen a glimpse of happiness when she discovered that she is expecting her first child.

In a recent episode of the long-running soap, Whitney and Stacey Slater decided to take pregnancy tests at the same time.

While the pair joked about the possible outcome of a positive test, Whitney was left stunned when she discovered that her test was positive.

But some fans seem to think Whitney may not be pregnant and a baby plot twist may soon come into fruition in the near future.

Heading straight over to Twitter, fans shared their thoughts.

One person wrote: "What if the plot twist is Whitney isn’t actually the pregnant one. They get their tests mixed up and Stacey is carrying Kheerat 2.0."

Another predicted: "They’re going to get the tests mixed up aren’t they?"

Meanwhile a third said: "Oh no! What if Stacey and Whitney got their pregnancy tests mixed up, that would be soooo EastEnders predictability!!"

EastEnders viewers were left pleasantly surprised when they realised that Jada Lennox is set to return to the show.

The teen decided to leave Walford back in August, after Janine Butcher blackmailed her into keeping quiet about the events that led to Linda Carter temporarily losing custody of baby Annie.

Assisting Janine with trying to bring down Linda, Jada later confessed that she called social services on Linda.

But before she had a chance to right her wrongs, she departed from Albert Square with baby Alyssa in tow, leaving Linda and grandmother Sharon Watts distraught.

However fans were pleased to know that Jada was making a Christmas return and may end up staying longer than expected.

Taking to Twitter, one viewer said: "I am literally gobsmacked by Jada's return. Wasn't expecting it at all. Hopefully they'll keep her as a full time character now. There is definitely potential for growth there especially going into 2023. Sharon will still have her last memory of Denny through Alyssa too."

As new characters are set to arrive in the Square next year, some fans also seem to think that a few familiar faces will exit the show too.

Fans who shared their opinions in online forums seem to think it could be the end of the road for Rocky Cotton.

Taking to forum on Digital Spy to discuss the character played by Brian Conley, one viewer penned: "I can see Brian Conley going sadly – I've really enjoyed Rocky as they've got the balance of drama and comedy con man pretty much spot on, it feels very natural."

Meanwhile another said: "Brian Conley may leave on his own accord."

New owners of the Vic

The Queen Vic has seen its fair share of iconic pub owners over the years but some think a brand new owner is on the cards for 2023.

The current landlady of the pub is Linda Carter – with a desperate Janine trying to get her hands on the popular establishment.

But some fans seem to think that Linda will be forced to give it up for good and previous owner Alfie Moon will step in to take her place.

On a Digital Spy forum one viewer wrote: "Next year it will be The Alfie Show. They'll have him in the Vic with the awful Freddie working there as a cheeky chappy in training."

Meanwhile another viewer on Twitter said: "Linda will be left alone with the pub she'll either have Mick's share or she'll offer Alfie Mick's share. Then Shirley can move in with the Slater's and form a unit with Jean as I want more scenes between her and Jean."

Tension rises for the Mitchells

Phil Mitchell has tried to live a stress free life in the Square but trouble seems to always knock at his door.

DCI Samantha Keeble has been desperate to bring the Mitchell family down this year for the death of her father many years ago.

And despite trying to cover their tracks, Keeble has had some success over the Mitchells this year.

But it looks like their ongoing feud may come to a halt early 2023.

Taking to Twitter, one fan wrote: "The Keeble situation for the Mitchell/ Slater's comes to a head. A big Mitchell revenge takes place similar to the one in 2019.

"Phil kills Keeble then Kat kisses Alfie when the clock strikes 12 with Kat Sharon Billy and the Slater's all at risk."

Beyond Dry January: The rise of non-alcoholic drinks in the adult beverage market