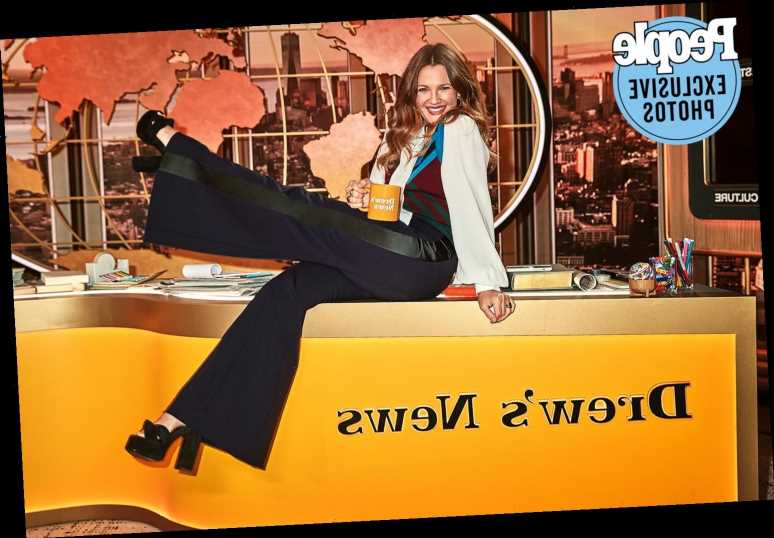 Drew Barrymore Promises to Bring All Her Life Experiences to Her New Talk Show: ‘I’ve Found That Perfect Line of TMI’

Drew Barrymore is promising to bring all of her life experiences to her new daytime talk show.

Gearing up for the Sept. 14 premiere of The Drew Barrymore Show, the actress, entrepreneur and mom to two daughters – Frankie, 7, and Olive, 6, with ex-husband Will Kopelman, 42 – is most excited "to be in a job where I don't have to play a character. I just get to be myself," she tells PEOPLE in this week's cover story.

"But I still have to prove myself. And I love that. If we come at this as students, I think that’s kind of the right tone for me, because I tend to also shy away from soapboxes or know-it-alls," she says. "I know everything is a work in progress, for me at least." Barrymore, 45, whose rise from child star has been well-documented in the media, hopes to incorporate some of her life lessons into the show as well — to a degree.

"I’ve had many times of my life exposed without my choice, and I’ve exposed things myself completely willingly. I will say I’ve found that perfect line [of] what is TMI," she says. "I started [in this industry] when I was in diapers. At 13, it was that sad sob story. And then I picked myself back up. I’ve been married, I’ve gotten divorced, I’ve raised myself, for better or worse. I have these two girls who are my entire universe. And it has all been out there.”

Watch the full episode of PEOPLE Cover Story: Drew Barrymore streaming now on PeopleTV.com, or download the PeopleTV app on your favorite device. Now the actress is looking forward to connecting with her audience in a new light. "I get to do things that I care about," she says of the show's format. "I get to share things that are important to me. I get to have conversations that are meaningful and grounded in reality. I get to bring comedy and humor. It's funny, I always say in late night, you get that permission because everybody lived their life and you did a good job. 'We're going to put you to bed with some laughs.' Uh-uh, I want to start the day that way." Just don't ever call her the boss. "I will never call this my show," Barrymore says. "This is not my show. I have never done anything in this life alone. You are just a kid sitting on your dreams alone in your space, and then you meet someone. And all of a sudden, the kindle and the spark happen, and then you talk to another person, and the flame gets a little bigger. That's how you build things. I'm just one part of this great engine we're building together."

'Getting Organized With The Home Edit': 3 Decluttering Shows to Watch If You're Obsessed With the Netflix Series

Do you qualify for up to £182 quarantine payment if you're on benefits or low-income?
World News