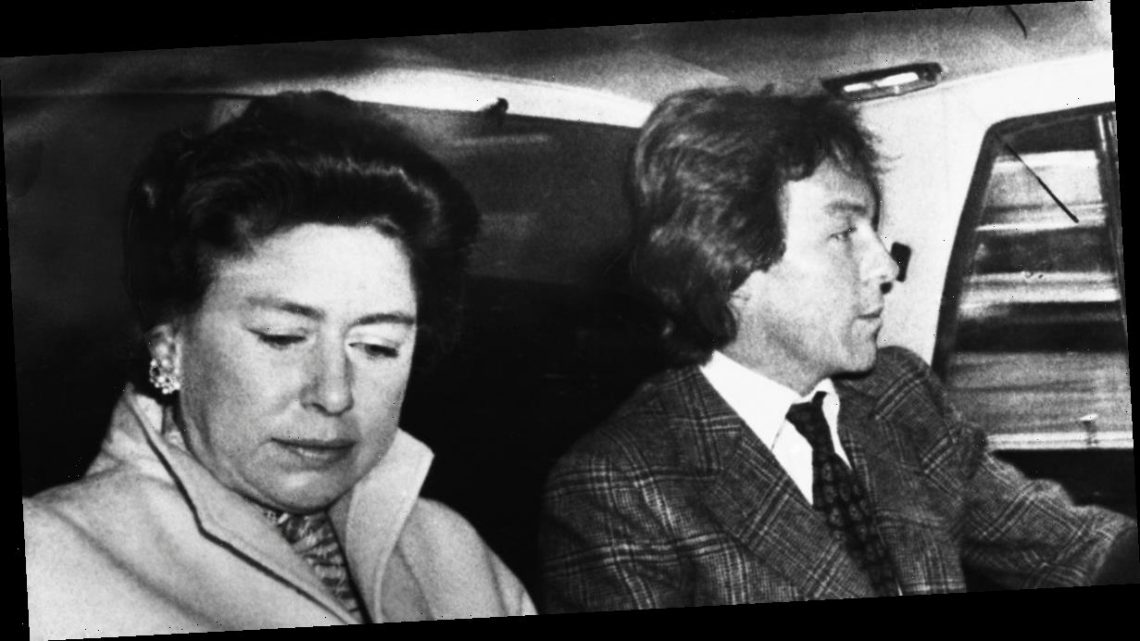 To say that the Snowdons' marriage was stormy was an understatement.

The final episode of the season focuses on the cataclysmic breakdown of their marriage, following affairs on both sides and public humiliation for Margaret in the press.

But what really happened in the final days of the Snowdon marriage?

And did they each get married again after the divorce?

Despite the early highs of their highly sexual, stylish, and affectionate marriage, the Snowdons rapidly grew more and more tense in their marriage.

The increasing demand of Antony's career success meant he was often away on assignments, while Princess Margaret had taken to never rising before 11am, drinking heavily at lunchtime, and finding little to occupy her days.

Even when he returned home, Lord Snowdon would often get back to work, leaving Margaret needy and demanding reassurance.

"They were both pretty strong-willed and accustomed to having their own way, so there were bound to be collisions," according to Snowdon's authorised biographer Anne de Courcy.

His biographer added: "She expected her husband to be with her more, but one of Tony's strongest motivations was work."

Things came to a head in February 1965, when the pair clashed while at Windsor for the annual service to commemorate Margaret's father King George VI. Margaret wished to stay at Windsor for the night, while Antony wished to travel down to his family home in Sussex. The pair had an almighty row in the presence of the Queen Mother as if she was not there.

Thankfully, the Queen Mother was a huge fan of her son-in-law and often advocated his side of things.

Soon their clashes became more show-stopping and regular, often in front of friends and family, as if they took pleasure in the fighting.

He began leaving notes for Margaret between the pages of her book, according to biographer Sarah Bradford, with lists of things he hated about her and saying "You look like a Jewish manicurist and I hate you."

In summer 1965, Antony even cut short his stay with the royal family while they were holidaying at Balmoral.

It was around this time that the affairs began, with Margaret having one in 1966 with her daughter's godfather, wine producer Anthony Barton, followed by Robin Douglas-Home in 1966, who sadly committed suicide after a depressive episode.

It seemed that Antony never stopped the wild sexual exploits of his youth either with both men and women, with the Earl of Snowdon – then 43 – deeply involved with 32-year-old TV production assistant Lucy Lindsay-Hogg by 1973.

Having clearly drifted apart from Tony, the 43-year-old Margaret seemed to pursue an affair in retaliation when she met 25-year-old landscape gardener Roderic "Roddy" Llewellyn in 1973.

It was noted that Roddy bore a physical resemblance to a young Lord Snowdon.

The pair developed a romantic relationship that Margaret is said to have described as a "loving friendship".

It wasn't without its intensity, however, as when Llewellyn once abruptly departed for a trip abroad, Margaret overdosed on sleeping pills.

As she recovered from the overdose, her ladies-in-waiting made certain to keep her estranged husband away from her to avoid her being further distressed.

According to biographer Christopher Warwick, Margaret said "I was so exhausted because of everything that all I wanted to do was sleep."

Margaret's affair with Roddy Llewellyn was made public with paparazzi pictures of the pair in swimsuits on the island of Mustique being splashed across the front page of the News of the World, with Margaret portrayed as a predator with a toyboy lover.

The embarrassment led to the announcement of the Snowdon marriage having broken down irretrievably on March 19, 1976.

Due to the intense backlash, there was even debate about taking Princess Margaret off of the civil list.

Princess Margaret's health worsened in May 1978 as she was diagnosed with gastroenteritis and alcoholic hepatitis.

Two months later the Snowdon divorce was finalised, with Antony going on to marry Lindsay-Hogg in December the same year.

Never remarrying, Princess Margaret's final two decades were marred with health issues, many of which are attributed to her alcoholism and chain-smoking from the age of 15.

Snowdon would remain sexually promiscuous despite his marriage to Lindsay-Hogg, which broke down in 2000.

Princess Margaret passed away at the age of 71 in 2002 after years of poor health and disability.

Antony Armstrong-Jones passed away peacefully in his home in 2017 at the age of 86.

The Crown season 3 is available now on Netflix.

What did you think of The Crown season 3? Let us know in the comments below.