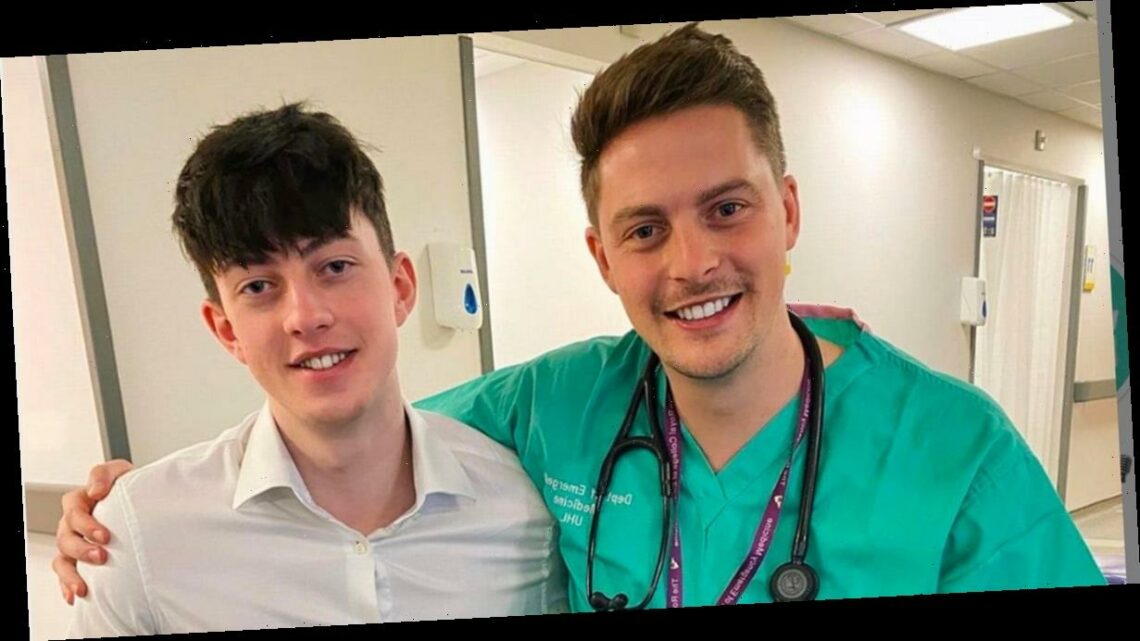 Love Island's Dr Alex George has opened up about his brother's death in a heartbreaking interview on ITV's Lorraine this morning, which left viewers on tears.

The doctor turned reality TV star said he'll "never get over" his brother's death and told how he felt "tremendous guilt" about not being able to protect him.

He said: "It’s been the toughest time of my life imaginable. It’s something as a family that we never expected.

"We were so excited for Llŷr to go to medical school. We were all looking forward to the future and the pandemic coming to an end.

"I was at a restaurant when I found out – eating with my friends. I had a phone call with my dad. I could tell something was wrong. I think the world came down."

He added: "My life is before and after this. I’ll never get over it.

"I felt tremendous guilt. I am his older brother, I’m supposed to protect him."

Dr George explained how his younger brother drove him home to Wales after Llŷr's death.

The reality star said: "We sat in silence for five hours, crying and shouting and letting out this anguish. I went in different parts of my mind on that journey – dark parts."

"We were so excited for him. He was a good little boy. He was like a mini me in a way. He liked science… and cars.

"Losing anyone in your life is very difficult and losing someone to mental health is even worse."

At the end of the interview he gave a heartfelt warning to viewers, saying: "Please look after yourself and realise the importance of self-care."

Lorraine viewers were in tears after the emotional interview and took to social media to send messages of support.

One person said: "Fair play to Dr.Alex talking about his younger brother who he lost to Mental Health, there's help out there if you're struggling!"

"Alex George talking about his brother's death on Lorraine this morning has broken me", another wrote.

A third added: "On the verge of tears at @lorraine oh Alex! You can see the pain in his face talking about his brother."