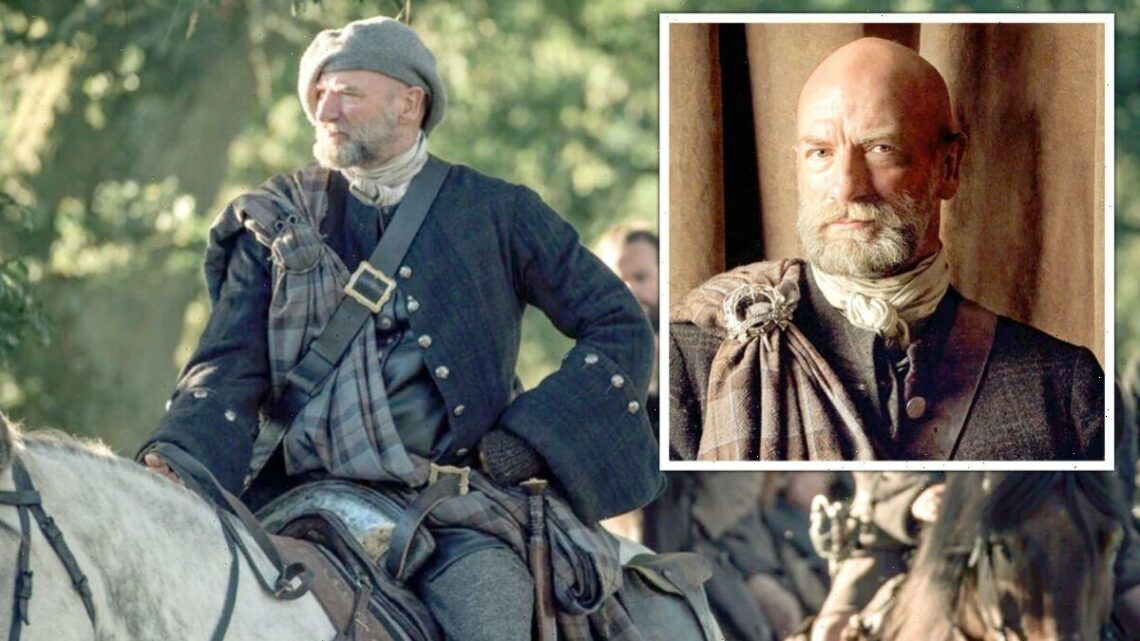 Dougal’s wife Maura died mysteriously of a fever in Outlander

Outlander: Show is renewed for an eighth and final season

WARNING: This article contains spoilers from all seasons of Outlander

Season seven of Outlander will be returning to screens in this year with American television network Starz slating a summer premiere. The series continues to go from strength to strength with viewers enduring the so-called Droughtlander when the show is off-screens. With the news Outlander will be concluding with season eight and the prequel series Blood of My Blood now in the works, here’s a look at one character who may be getting some more screen time in the forthcoming spin-off drama.

Who was Dougal MacKenzie’s wife in Outlander?

Dougal MacKenzie (played by Graham McTavish) was married to Maura Grant MacKenzie with the couple having four daughters together Molly, Tabitha, Margaret and Eleanor.

However, not much was known about Maura apart from his wife dying of a fever at their estate, Beannachd.

While married to Maura, Dougal had an affair with Geillis Duncan (Lotte Verbeek) with the time traveller later poisoning her husband so she could be with him.

Geillis and Dougal’s affair later resulted in her falling pregnant and giving birth to the William Buccleigh MacKenzie (also McTavish).

Dougal was thought to have been unfaithful to his wife Maura with other women including Letitia MacKenzie (Aislín McGuckin), his older brother Colum’s (Gary Lewis) spouse.

Moreover, there were rumours he was actually the father of his nephew Hamish MacKenzie (Roderick Gilkison).

Not only this but Dougal even had his eye on Claire Fraser (Caitriona Balfe) after it looked like his nephew Jamie Fraser (Sam Heughan) may have died.

Actor McTavish told Express.co.uk last year about the character’s motivations and desires: “I think Dougal is one of those men who is deeply attracted to strong women.

“Geillis – I mean, we never meet his wife but I imagine she was of a similar type – Claire is another example.”

His words suggest Douglas is drawn like a moth to a flame to these women with Maura likely to be of a similar ilk.

Given the Outlander prequel series Blood of My Blood occurs years before Jamie was born and Mara’s death, the new series could shed further light on her character.

Indeed Maura and Dougal’s marriage is likely to be chronicled in Blood of My Blood with further insight into the relationship between the two brothers and their own characters.

On the flip side, given many marriages in this era were strategic, political alliances between various clans to build upon power and estates, Dougal and Maura might have made a poor match.

Maura may have been very different to Dougal with the couple not being compatible and the chieftain having a roving eye for stronger women.

Although there may have been familial duty in their union, Maura and Dougal may have had no love lost between them.

Additionally, Blood of My Blood will be looking Dougal and Colum’s sister Ellen MacKenzie, who went on to marry Brian Fraser (Andrew Whipp) in a love match.

Outlander author Diana Gabaldon is working on Blood of My Blood, along with the producers and showrunner on the parent series.

The forthcoming drama will be breaking new ground as there’s no source material as such to go apart from the Outlander novels and the companion guides Gabaldon has penned.

Therefore, fans will have to wait and see how the story develops as the show charts Ellen and Brian’s story.

Before Blood of My Blood comes out, the eighth and final season of Outlander is expected to launch in 2024.