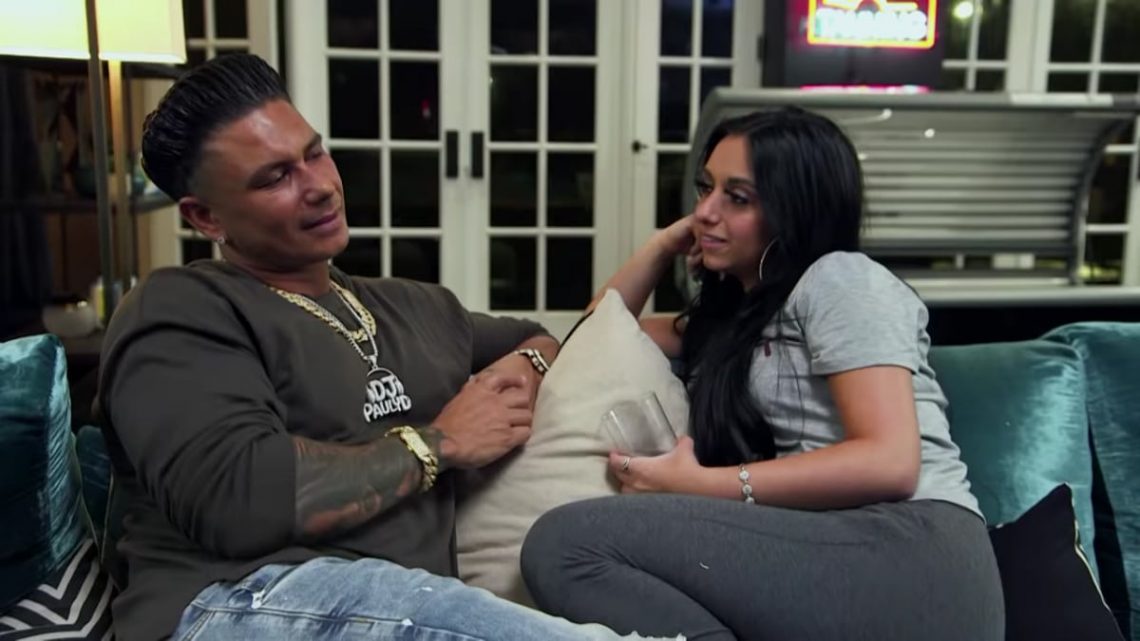 Each week on Double Shot At Love with DJ Pauly D and Vinny, the Jersey Shore bachelors are forced to send someone home, making the competition for their hearts even more fierce.

This week, the girls are really starting to feel the competition as lines have been drawn and it’s getting more clear who the frontrunners just might be.

Those still standing in the shadows are trying to get more attention from Pauly and Vinny and naturally, that’s going to cause even more drama in the house.

As the latest episode begins, the group is getting their party on, and Vinny is visibly drunk. That’s exciting for a lot of the girls because this is where his personality finally starts to come out.

Nikki is the green monster

It should surprise no one that Nikki and Pauly are found out fast, prompting a few of the girls to quickly rain on their parade, breaking them apart and putting Marissa in front of Pauly to shoot her shot.

That’s when Marissa tells Pauly that she sees Vinny as a friend but definitely feels more for Pauly. The two end up spending some time together, and Marissa opens up, which is something Pauly definitely appreciates.

Pauly is kissing everybody!

When the group goes roller skating, Vinny and Pauly both try to spend some one on one time with the girls. While out, Marissa makes a move again and ends up making out with Pauly. Marissa took great joy in telling the other girls that she got to kiss Pauly, making sure that Nikki overheard.

That sent Nikki into meltdown mode again as she just can’t seem to handle it if Pauly spends time with or tries to connect with anyone but her.

The hookups never stopped on this episode either because Elle also took her chance with Pauly, getting a bit of alone time with the Jersey Shore bachelor out in the gazebo.

She took no time getting close to Pauly, wrapping a blanket around them both and then going in for the makeout session.

Even though Elle seemed to be feeling Vinny, it looks like she really likes Pauly too and gushed about how much she likes him and how sexy she thinks his body is.

When Marissa finds out that Pauly is already kissing Elle, just hours after kissing her, she starts to get a little Nikki-ish as well. She even makes mention of him being her “sloppy seconds” since she kissed him earlier that night.

We can’t help but wonder why she’s so surprised. Hasn’t she seen any prior versions of this show? Pauly and Vinny have been tame compared to others.

When Pauly tells Vinny that he kissed Elle, the Keto Guido pulled a Nikki and told Pauly not to talk to him anymore. He said, “I’m not gonna lie, I’m a little in my feelings about Elle.”

Clearly, Vinny was really feeling Elle, but he also pointed out that he was kissing other girls too so fair is fair.

Who goes home on Double Shot at Love this week?

When it’s time to send one of the girls home, Pauly and Vinny talk about how the girls really stepped it up this week, making the choice of who to send home even harder.

When called down to face the Jersey Shore bachelors, Nikki was visibly upset because (gasp!) Pauly kissed someone that was not her.

B-Lashes calls Nikki out after she comes back for being so broody about Pauly’s recent makeout sessions. So when she gets called downstairs next, along with Alysse, the drama is high and she fears she might go home.

After all, she hasn’t kissed anyone yet.

It turns out that she was absolutely right too. While the guys explained that both have been a bit standoffish as far as getting to know them, it was B-Lashes that Pauly and Vinny decided to send home this week.

While she didn’t seem to think she deserved the cab right, she hasn’t connected with anyone and only this week told Vinny that she was even interested in him.

B-Lashes took the opportunity to go out with a bang though and decided to announce that the other girls shouldn’t let anyone dull their sparkle and especially not Nikki.

Double Shot at Love with DJ Pauly D and Vinny airs Thursdays at 8/7c on MTV.

Alexa, why do UN busybodies want to stop me trying to flirt with you?