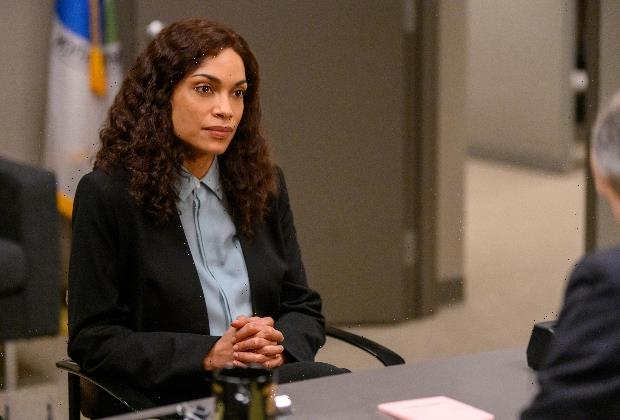 This week on Hulu’s limited series Dopesick, some characters made progress… while others took two steps backward.

Bridget Meyer certainly evolved. Not only did the DEA agent figure out a way to spark a media war with Purdue Pharma in Episode 5, but she fought sexism among her all-male coworkers. Bridget had to pick her battles, though, so she agreed to let a white male coworker handle a press conference because he comes across as nicer than her.

But when a supervisor asked Bridget to soften her approach when dealing with colleagues and even Purdue bigwigs, she put her foot down and advocated for herself and her tactics. “Sir, if I’m not forceful enough, then I’m a weak woman that shouldn’t be in the job,” Bridget said. “But if I push too hard, then I’m an out-of-control bitch. This job requires that I push.”‘

And that is exactly what Bridget did when she crashed a meeting with Purdue Pharma president Richard Sackler and her fellow agents. She put Sackler on notice and opined that his tepid solutions for the opioid crisis his company started in the first place were like “a Band-Aid on a gunshot wound.” 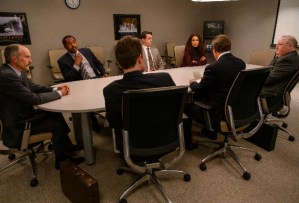 Bridget also vowed that she wouldn’t stop coming for Purdue and the FDA until the two entities curbed excessive OxyContin prescribing. By the time she was finished, Sackler stared back at her like a scolded child. Bridget’s supervisor in turn came to see things her way, and told her to keep up the good work/pushing.

Unfortunately, while Bridget slayed corporate pharma dragons, her insecure husband said her crusade was making things hard for him at work. He also claimed Bridget didn’t care enough about his needs. Ahhh. So that’s why they ended up getting a divorce. Yikes.

Assistant Attorney Generals Rick Mountcastle and Randy Ramseyer were less successful on the job. They hustled to find former Purdue employees who would and could become whistleblowers, only to have two different prospects fall through. First, there was former sales rep Paula Greene, who got fired for asking too many questions about the company’s misleading addiction figures. She wanted to testify against her former pharma overseers but had signed an NDA and was afraid of being sued. 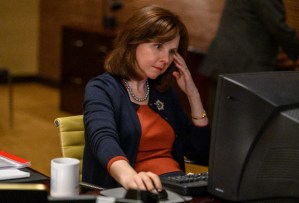 Then there was Maureen Sara, who had worked as an assistant to one of Purdue’s in-house attorneys. Her boss asked her to sign into OxyContin chat rooms under an alias to assess what users were saying about the drug. Maureen noticed rather quickly most people in the chat were part of a drug subculture that traded secrets on crushing/snorting OxyContin for the “high of their lives.”

Maureen brought the extensive abuse to her bosses’ attention but was chastised for doing so. Later, when she injured herself, her boss got her hooked on the company’s opioid — and then fired her for being an addict. An angry Maureen eventually agreed to testify… until the stress of the situation caused her to relapse.

The road to recovery was even bumpier for Dr. Samuel Finnix and Betsy, who were still abusing OxyContin and stooping to all-new lows. Betsy stole and pawned her mother’s family jewels to cop a high, and then physically fought her parents and torched the quilts her mother made her when Mom and Dad confronted her about the theft. They later committed her to a harsh but affordable drug treatment center. 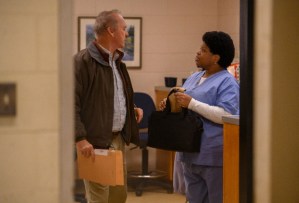 Samuel, on the other hand, started traveling to Tennessee and Kentucky to lie about his back pain in order to obtain prescriptions for OxyContin. But the worst would come when he attempted to perform minor surgery on a patient while high on the drug, and botched it so badly that the man had to be rushed to the emergency room.

When Dr. Finnix attempted to trick the ER doctor on duty into giving him yet another script for the opioid, the doctor put two and two together and with the help of Samuel’s nurse, Leah, had the doctor arrested. A judge sentenced him to 90 days in a rehab center much nicer than the one Betsy was in. There, Samuel seemed to be getting better… until he invited sales rep Will to visit, not to apologize for punching him or to receive the apology a very contrite Will gave him in abundance, but to ask Will for more OxyContin pills.

What did you think of Episode 5 of Dopesick and will you keep watching until the end? Drop your thoughts in the comments.

My marriage to Shane Lynch nearly broke down during lockdown but here's how we saved it, says Real Housewives star