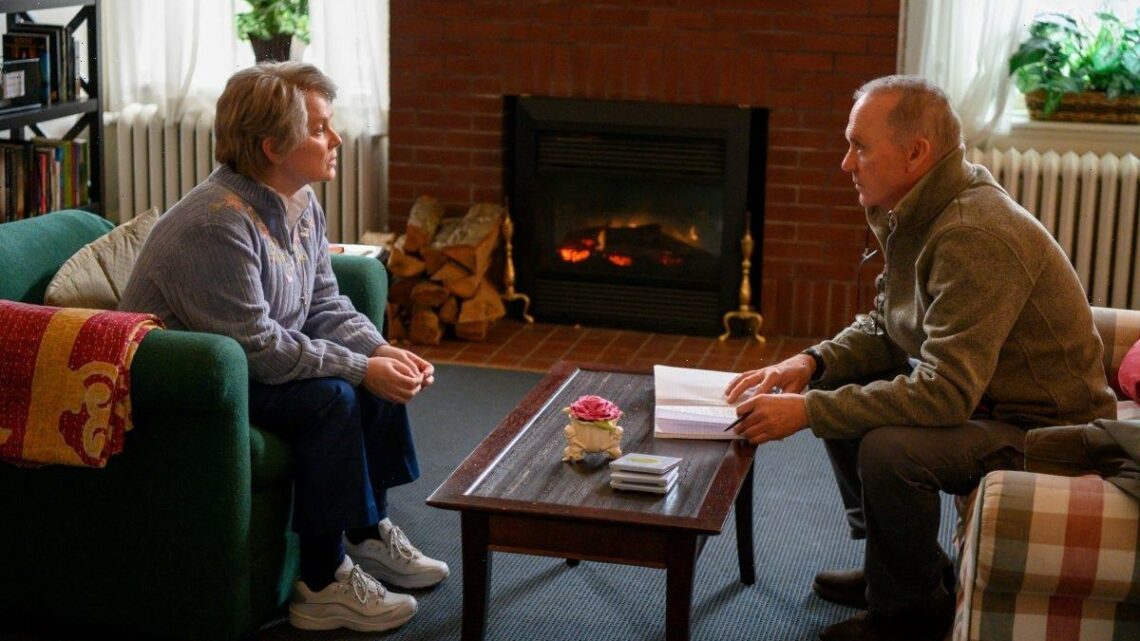 “The Sackler empire is a completely integrated operation,” the panel of senators explained during a hearing with Arthur Sackler in 1962.

They insisted that the company could create a new drug, create clinical trials, and secure favored reports from hospitals to promote the drug. They owned the medical journals that published the findings and advertised the new drugs from start to finish. Before Richard Sackler used the same methods to market OxyContin, his grandfather, Arthur, created the ploy. He left the hearing unscathed, with no repercussions. Dopesick Episode 7 ends with Arthur’s words from 1962.

“No laws or regulations will ever be able to stop the miracle that is modern pharmaceuticals,” Arthur Sackler told the senators.

Although Dopesick Episode 7 began with Richard Sackler worried about a “Black Box Warning” from the FDA, it ended with a Purdue victory. Viewers find out that Curtis Wright (Brian Keane) wrote the original OxyContin label while working for the FDA. A short time later, Purdue Pharma hired Curtis to prevent the FDA from ever-changing the label.

Viewers also find out more about Richard Sackler’s motivation for selling and marketing OxyContin to such an extreme. Although Dopesick creator Danny Strong had trouble finding nice comments about Richard Sackler, the producer found some of the man’s motivations. Although it seems like mostly greed drove Richard, the latest episode shows more of his interaction with his father, Mortimer Sackler (Andres Erickson). Richard wanted to prove that he could top anything his long line of wealthy ancestors did.

By the end of the episode, the Purdue team convinced the FDA to allow the company to sell OxyContin for moderate pain still. Plus, they added that it could be used for an extended period, essentially negating the severity of the black box warning. According to the FDA, a black box warning, now called a “boxed warning,” is “designed to call attention to serious or life-threatening risks” from taking a drug. However, the warning did little to stop the sale or prescribing of OxyContin.

In a therapy session in Dopesick Episode 7, Samuel gets help from Sister Beth Davies (Meagen Fay). Samuel also talks about treating patients again. However, he finds out from a Medical Board Admin (Kenneth Alfonso) that he could not get his medical license back without ending his methadone treatment.

In 2001, Betsy’s parents Diane Mallum (Mare Winningham) and Jerry Mallum (Ray McKinnon), find her high in a drug house. After taking Betsy home, Diane insists on taking their daughter to a meeting about OxyContin abuse. Sister Beth Davies introduces Dr. Art Van Zee (Raymond Dooley) to the community. He explains that OxyContin changes the user’s brain chemistry. He asks the community to sign a petition to send to the FDA. However, after he secured 5,000 signatures, nothing happened.

Dr. Art Van Zee explains that it can take two years for the frontal lobe to fully heal after an addiction to opioids. The doctor insists that the best way to beat the addiction is therapy along with medications. Samuel Finnix calls Betsy and apologizes for prescribing OxyContin to her. He recommends Suboxone to Betsy. Although her minister insists that she would be trading one drug for another, Betsy’s mother agrees to try the treatment.

Later, Betsy calls her ex-girlfriend, Grace Pell (Cleopatra Coleman), in Eureka Springs to ask if they could get back together when she’s better. However, she hears Grace’s baby in the background. Before she begins the suboxone treatment, she gets high on Heroin one last time and overdoses.

In Dopesick Episode 7, Rick and Randy Ramseyer realize that all three Purdue executives knew OxyContin was abused long before 2000. Howard Udell (Brendan Patrick Connor), Michael Friedman (Will Chase), and Curtis Wright lied to congress in 2000 because the team had emails showing they knew in 1997.

John Brownlee (Jake McDorman) introduces his team to Alice Fisher (Amy Rutberg), head of the criminal division at the Department of Justice. She insists that Rudy Giuliani doesn’t influence the DOJ. Alice also tells Brownlee that he won’t find support for felony charges against the executives at Purdue. Brownlie announces that he plans to indict Udell, Friedman, and Wright anyway.

Bridget Mayer sends out a press release with her findings from episode 6 before the FDA, or Purdue Pharma reviews it. A DEA pharmacologist uncovered that 98% of those who died from OxyContin swallowed the drugs whole and did not abuse it. However, the FDA sides with Purdue pharma that the findings of the study were not conclusive. Later that night, Bridget’s husband, Paul Mendelson (Raul Esparza), tells her that her job is destroying her life. He thinks she should find something else, or he’s ending their marriage.

In Dopesick Episode 7, Amber (Phillipa Soo) gets a promotion to regional manager in New Orleans, Louisiana. She asks Billy Cutler (Will Poulter) to come along as her boyfriend and “star employee.” She insists they will make a fortune, and he needs a change. However, the sales representatives believe the new wording with the black box warning is even better for marketing; Billy is appalled. They call it “Black Box light” and develop many ways to continue selling the addictive drug. Billy secretly takes promotional videos from his boss’s office.

According to IMDb, Dopesick has eight total episodes. Dopesick drops to Hulu weekly on Wednesdays at 12:01 EST.