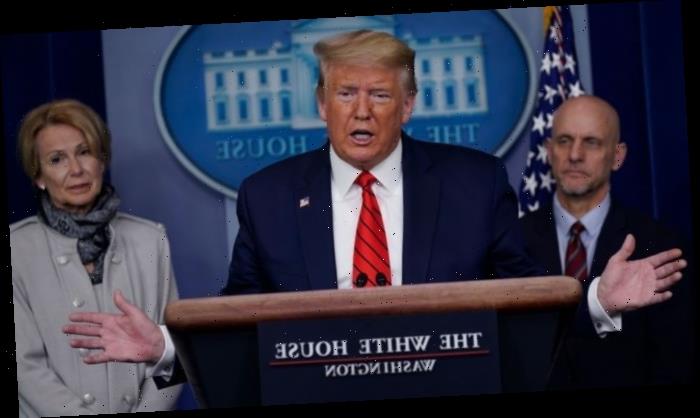 Donald Trump Wants U.S. Economy To Be “Opened Up” By Easter, He Says At Fox News Town Hall

Donald Trump and the White House coronavirus task force sat down with Fox News Channel’s Bill Hemmer on Tuesday for a virtual town hall, where the president said he would “love to have the country opened up and raring to go by Easter,” which is April 12.

But public health experts are worried about easing guidelines and restrictions too early, arguing that it would make the problem even worse. Moreover, stay-at-home orders have been issued by the states and municipalities, while the White House’s “15 Days To Slow The Spread” PSAs are guidelines.

Trump, however, argued that the “cure is worse than the problem” and said that in his opinion, “more people are going to die if we allow this to continue.” He argued that people could still go back to work and practice social distancing and good hygiene.

A big question is whether Trump will listen to the advice of medical professionals if they recommend additional weeks or months of social distancing. He seemed to be last week, when he told reporters that he expected the crisis to last until July or August or even later.

Rep. Liz Cheney (R-WY), a member of House Republican leadership, tweeted Tuesday that “There will be no normally functioning economy if our thousands of hospitals are overwhelmed and thousands of Americans of all ages, including our doctors and nurses, lay dying because we have failed to do what is necessary to stop the virus.”

But there has been a steady chorus from media on the right arguing that the cost of mass quarantines and self-isolating is not worth it. In one widely shared video, the lieutenant governor of Texas, Dan Patrick, told Fox News’ Tucker Carlson last night that “those of us who are 70-plus will take care of ourselves, but don’t sacrifice the country.”

Dr. Mehmet Oz, one of the medical contributors participating, asked Trump how he would know that it is safe to get the economy back by Easter. “What is going to indicate that we might have to pull back a tiny bit in case we have a relapse?”

During the town hall, Trump also compared the coronavirus to the number of deaths each year from the seasonal flu and car accidents. “We lose thousands and thousands of people from the flu. We don’t turn the country off,” he said. Health experts have warned that the coronavirus is deadlier and more contagious than the flu, and there is not yet a vaccine for it.

The town hall was co-anchored by Harris Faulkner.

So, Urban Outfitters Just Took 30% Off All the Beauty Products You Could Possibly Want