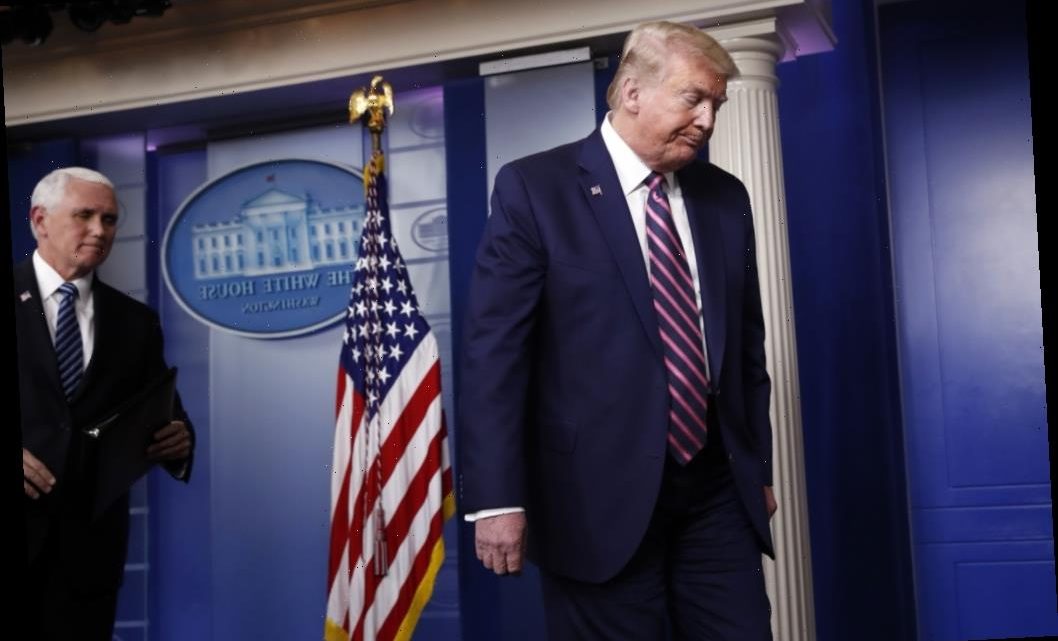 As news coverage continued to focus on his alarming suggestion that disinfectant may be ingested into the human body as a coronavirus treatment, Trump made remarks and left the briefing room without taking any questions from reporters, as he has in almost all previous press conferences.

So instead of lasting two hours, Friday’s briefing lasted 21 minutes.

“It’s clear that they knew he shouldn’t be out there taking questions today, that they had to put this to bed,” said MSNBC’s Chuck Todd. “…They are clearly trying to do a cleanup here.”

Trump did take questions from reporters earlier in the say and claimed that his comments were sarcasm directed at reporters, but that wasn’t the way that they were taken. On CNN, Anderson Cooper said that Trump was lying when he tried to backtrack on his disinfectant comments.

"It Is A Matter Of Life And Death": Donald Trump's Disinfectant Comments Still Trigger Alarm Even After He Claimed He Was Being Sarcastic

On Fox Business Network, Neil Cavuto said, “The president to his credit was clarifying that he didn’t mean anything by it, that it was a sarcastic response, but he did say it yesterday and if people were leaping on that yesterday, I just shudder to think how many might have acted on that.”

The Centers for Disease Control and the EPA issued advisories warning against the human ingestion of disinfectants, which are poisonous.

The news networks continued to carry Trump’s press conference live, even as some critics say that the disinfectant remarks are a perfect example of why they should be covered in other ways. CNN has been skipping portions of the briefing while interrupting for fact checking, while MSNBC has done some of the same.

But Todd defended the decision to carry the briefing shortly before it started.

“And I know what some of you might be thinking in this moment, why would we air the President live today after all of this?” he said. “Because we think that letting you see the President unfiltered in the moment, he’s the American he’s the elected president, especially during a national crisis like this one at this moment, is simply put, a very important thing for American citizens to see right now.”

’90-Day Fiancé: Before the 90 Days’ Surges In Live+3 To Franchise Demo Highs