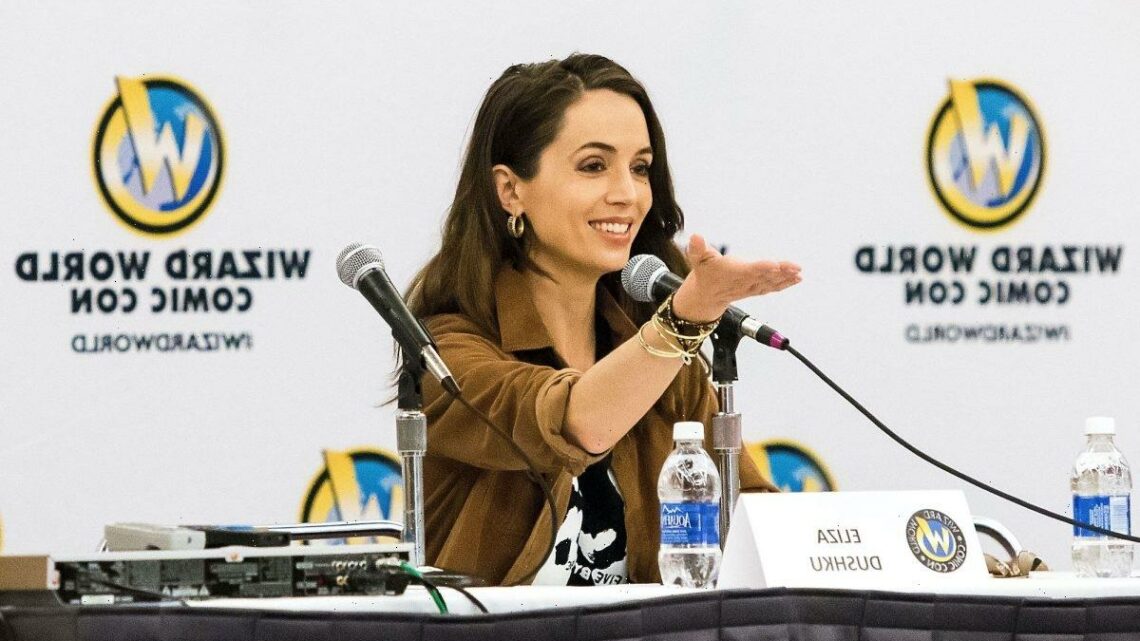 'Dollhouse': Beehives and Rattlesnakes Were Just a Few Life-Threatening Elements of Filming the Series' Second Episode

Joss Whedon is famous for making shows that fans just can’t get enough of. Firefly is the perfect example.

Despite airing only a single season, fans still love the show, and the actors who took part in the short-lived sci-fi series are invited to conventions to meet fans on the regular. Dollhouse may not have had a diehard fan base, but the show is worth revisiting. According to Screenrant, there were a lot of factors that doomed Dollhouse from the start.

‘Dollhouse’ was doomed to fail from the start

It is unclear why Fox green-lit Dollhouse in the first place. Buffy was a huge hit for Whedon, but his other shows were far from network darlings, despite how rabid fans were for them. Angel was canceled in its prime, and Firefly only ran for one season. The studio didn’t seem too keen on Dollhouse from the beginning. The first season was originally planned to be 13 episodes, but Fox never aired the season finale.

It could be that Dollhouse’s unusual premise was just too unusual for Fox viewers. The network may have assumed that Whedon fans would flock to the show no matter how strange the premise seemed, but that’s not what happened.

In the show, Eliza Dushku plays Echo, a “doll” whose mind is controlled by an evil corporation. Echo, and other dolls like her, have essentially empty minds that can be imprinted with whatever personality or skills a client requires. Sometimes (often) that meant that the dolls were put in dangerous situations. Such was the case in the second episode. However, it wasn’t just Echo who was in danger. The real life actors were in danger during Dollhouse’s second episode.

The second episode was a mess

The second episode of the show was titled “The Target.” In it, Echo is sent on what she believes will be a romantic getaway. It isn’t unusual for dolls to be hired for dates, or other romantic purposes. But this time is different. Echo’s date takes her on an outdoor adventure, but with a sinister motive. He intends to hunt her in the woods. Echo’s handler is nowhere to be found, and she’s forced to fend for herself.

It wasn’t just Echo. The cast was basically fending for themselves in the wilderness as well. The temperatures were dangerous, and the area they were filming in was filled with beehives and rattlesnakes. One cast member even threw up on the ride to set.

Dushku is a professional. By the time Dollhouse came around, Dushku was already a seasoned actress. She had a part in Buffy, Whedon’s most successful show. On the set of True Lies with Arnold Schwarzenegger, Dushku learned what it meant to be in danger on set. She was sexually assaulted by the stunt director. When she spoke out, she was injured during a stunt that her attacker was overseeing.

Although Dushku managed to escape filming “The Target” without any serious injury, she was hurt on the set of Dollhouse. Dushku fractured her arm during the filming of the series finale. She filmed a good portion of the finale with one arm out of commission. Dushku’s Dollhouse injury was an accident, while the True Lies incident may have been retaliation for speaking out against sexual assault.

Dushku’s ability to perform at least some of her own stunts influenced Whedon’s development of Dollhouse. In fact, the entire series was shaped around the young actress, who had a contract with Fox at the time.

Spoilers: Does Frankie fancy Zack as he makes moves on Nancy in EastEnders?

Are university tuition fees about to be cut to £7,500?
World News