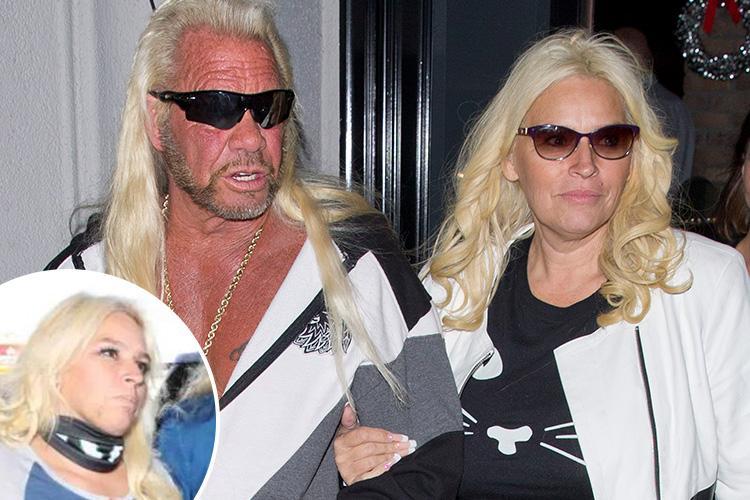 Dog, real name Duane Chapman, says wife Beth is "not doing good" and that she's "facing the facts" of her illness. 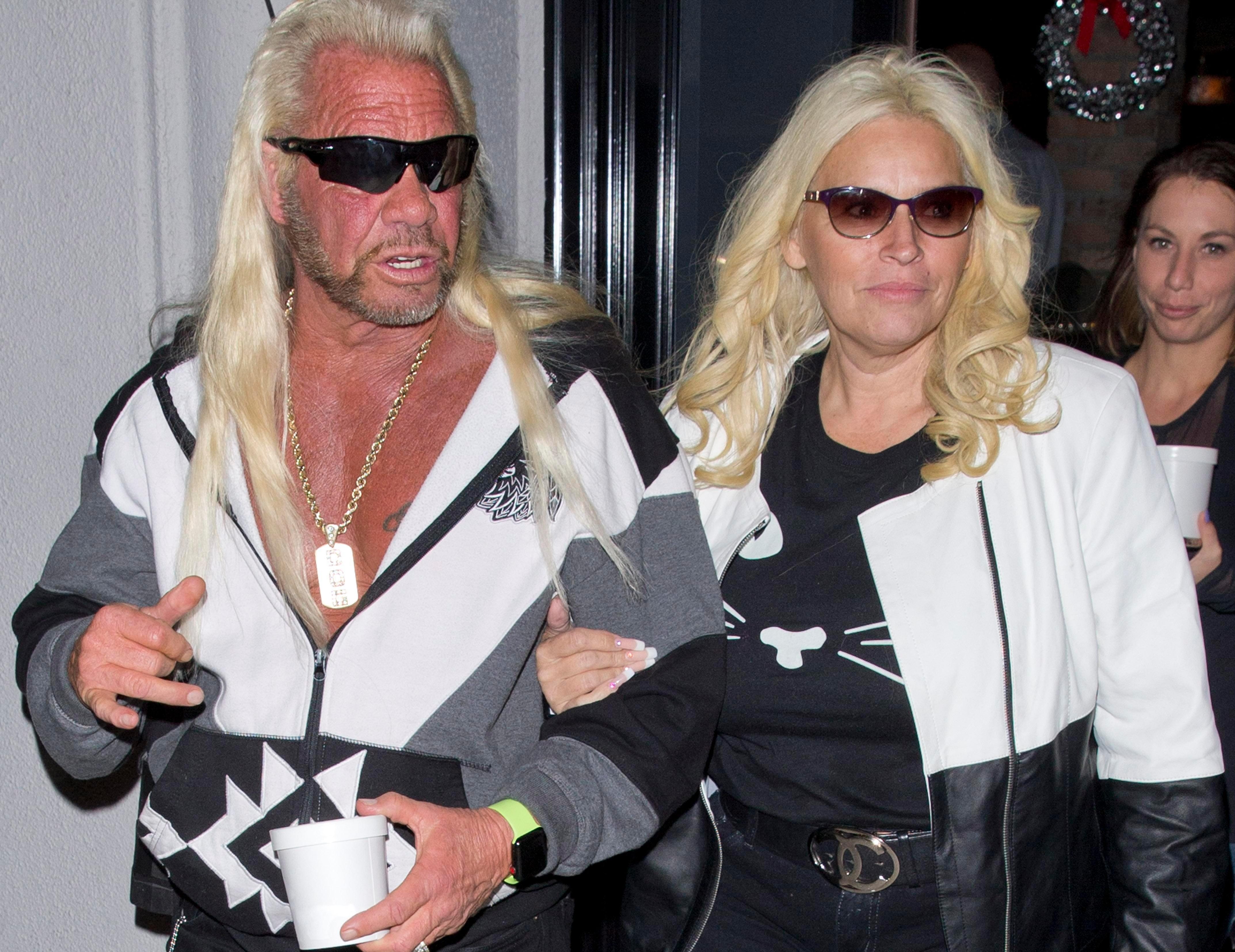 The reality star said that he’s determined to “keep everything positive” despite it getting more difficult to do so each day.

He told the Inquisitir: “She’s like, ‘Here’s the casket I want, and here’s the flowers.’ I said, ‘Beth, don’t say that.’ And she said, ‘What? You don’t want me planning my funeral? Well, I’m going to.'

Speaking with InTouch Weekly, the bounty hunter said that Beth is battling “every step of the way” to better health, despite her cancer being described as “incurable”. 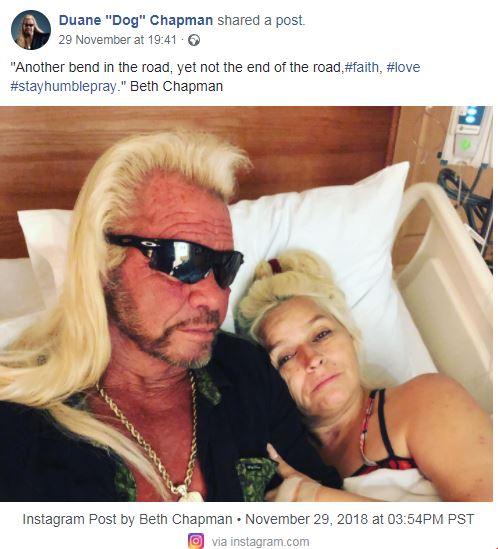 TV hardman Dog asked fans to "pray" for Beth, as doctors have told her she has to undergo four to eight chemotherapy sessions in Los Angeles.

The reality TV star recently confirmed his wife is once again battling the disease after doctors found a lump in her throat that was twice the size of the mass they discovered in 2017.

Last week Dog’s official website reported that the couple were "doing what they feel is right" in the circumstances.

The couple explained: "Despite doctor’s orders, Duane 'Dog the Bounty Hunter' Chapman and his wife, Beth Chapman, have returned to their home in Colorado following her emergency surgery that revealed her throat cancer has returned. 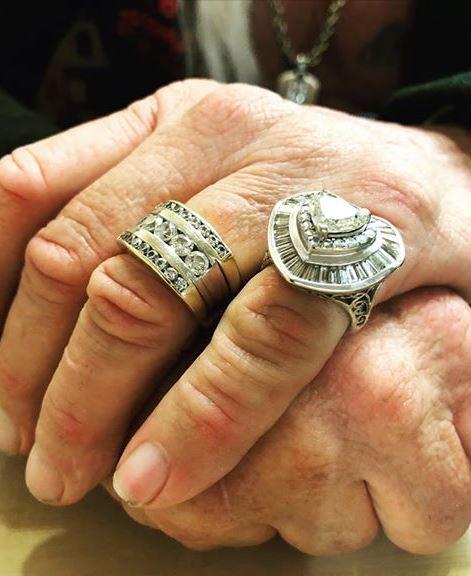 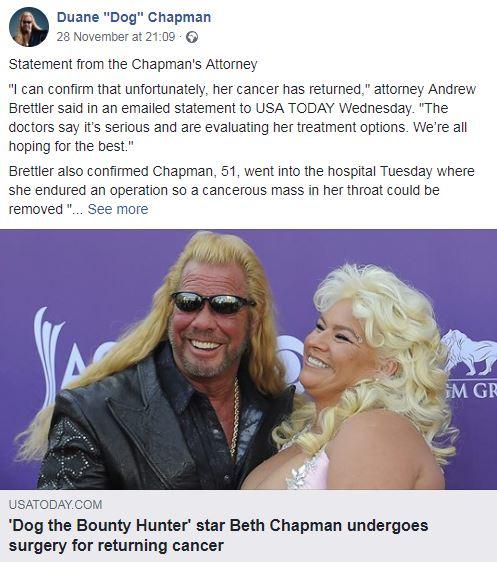 "Dog, 65, explained their decision to US Weekly while giving an update on Beth, 51.

"They say the cancer follows the path of least resistance, so it goes downward.

"Half of her lung was full of water,” he said on Sunday, December 2.

"But she’s much more comfortable now [that] she can breathe, but she just wanted to come back to Colorado, she loves it here."

Beth, who had emergency surgery in L.A. on Tuesday, November 27, left California against her doctors’ advice.

"They told us they didn’t want her to leave the hospital, but she was adamant, she just wanted to be home,” Dog explained.

Beth underwent a second biopsy in late November after medical experts found something in the star's lung they feared could also be cancerous. 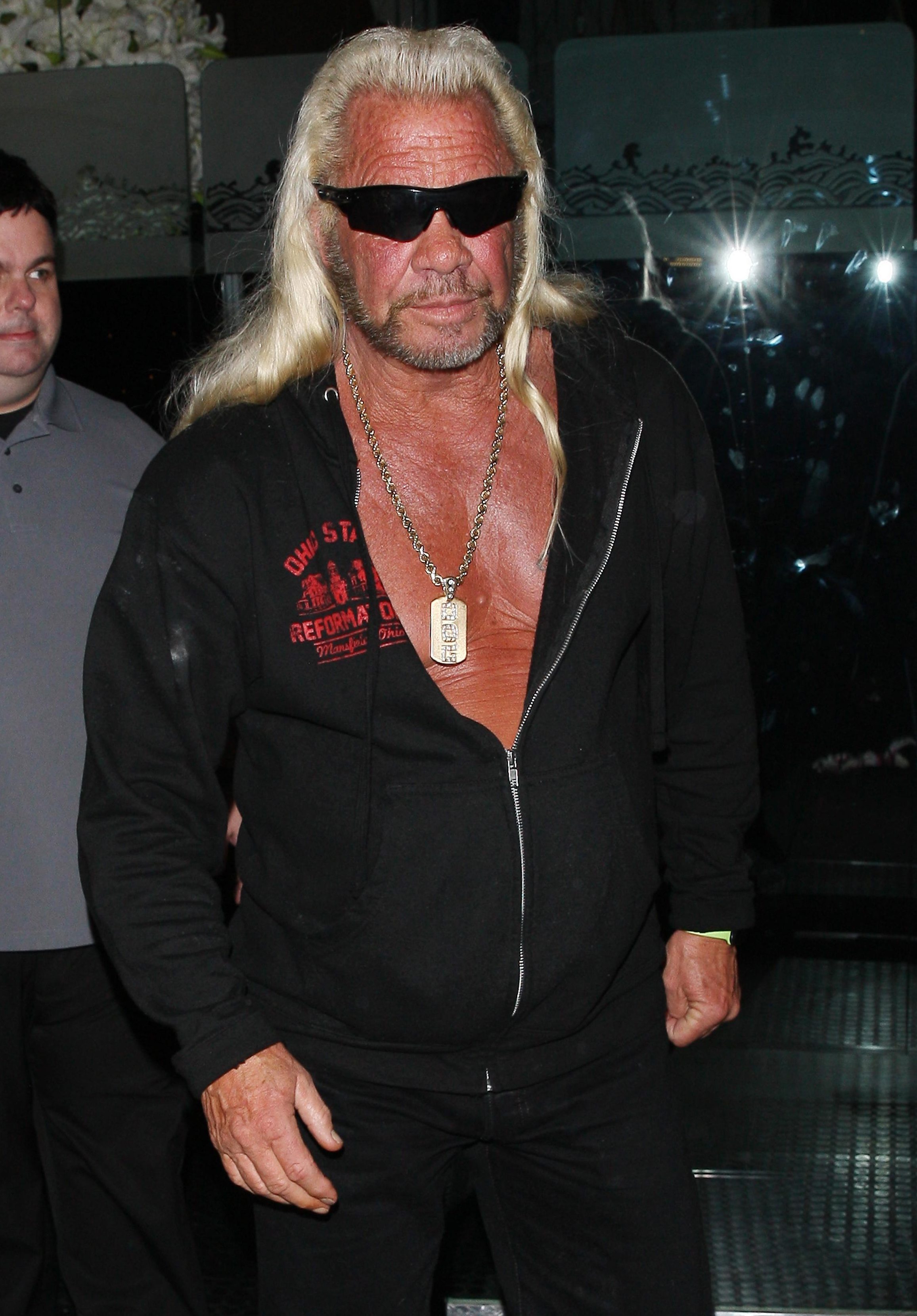 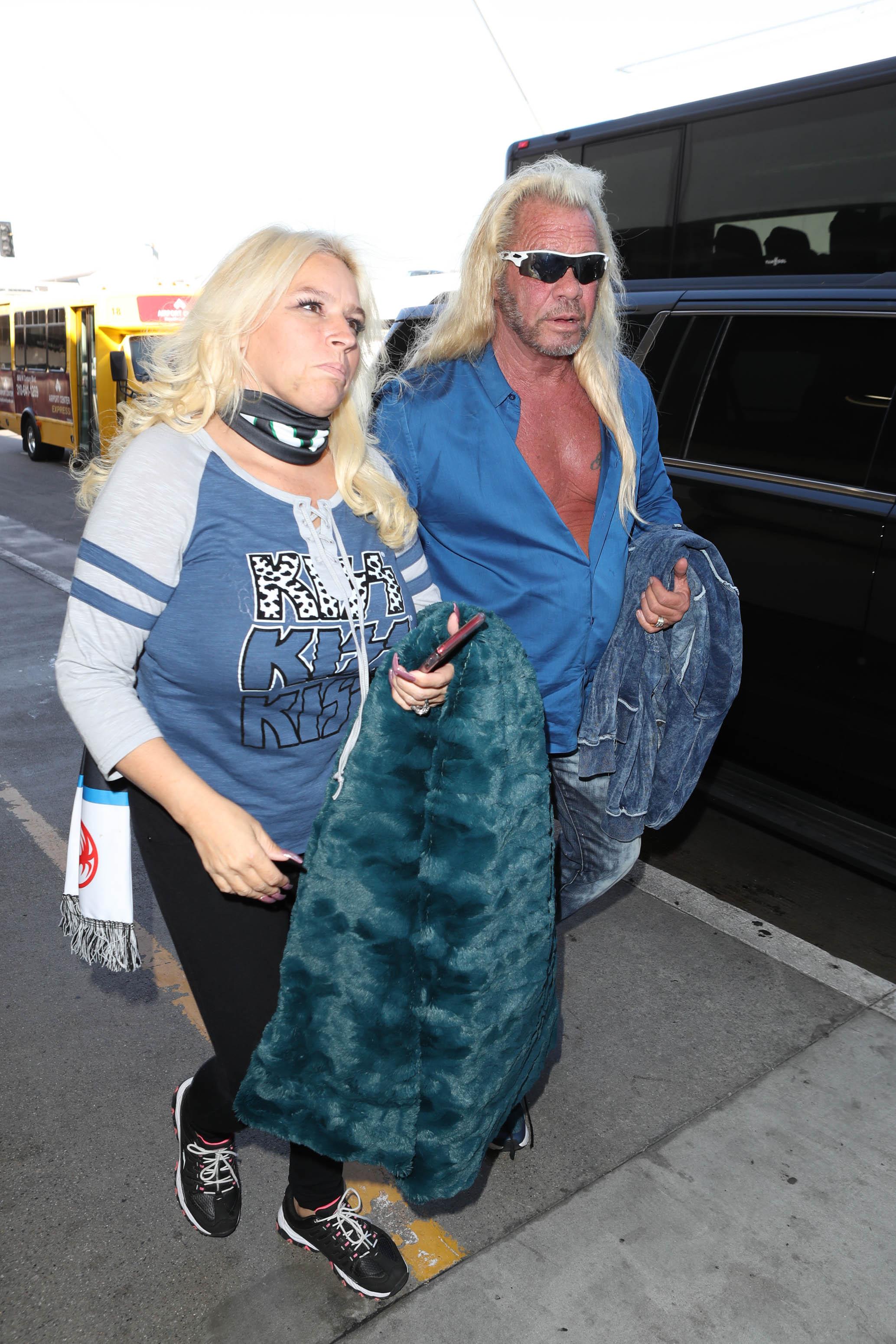 The couple's attorney confirmed it was bad news shortly after the operation.

"I can confirm that unfortunately, her cancer has returned," their attorney said in a statement to USA Today.

"The doctors say it’s serious and are evaluating her treatment options. We’re all hoping for the best."

Beth – who has starred alongside her husband in Dog the Bounty Hunter and Dog and Beth: On the Hunt – was rushed to hospital after struggling to breathe.

Dog told US Weekly of her condition at the time: "She had a lump in her throat twice the size of last time, and they performed an emergency surgery yesterday. 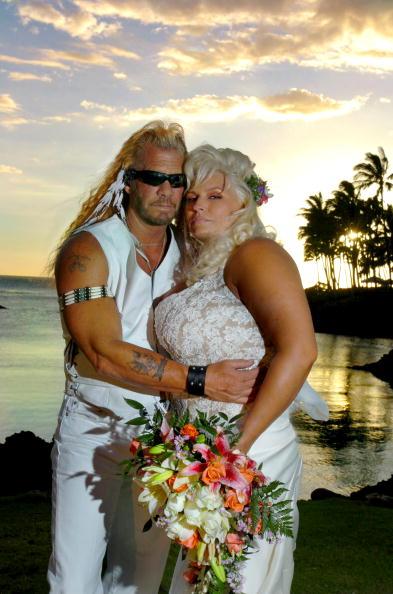 "They cut a hole in her throat so she can breathe; she can still talk."

Last year Beth underwent surgery last year to remove a cancerous tumour from her neck. She was said to be cancer-free after recovery.

The husband and wife are stars of Dog The Bounty Hunter and known for catching 6,000 criminals who've broken their bail terms.

Latest horse racing results: Who won the 1.55 at Cheltenham live on ITV today?

Katie Price put on a spending ban and given an ‘allowance’ by family after splashing out £6,000 on Christmas decorations
World News