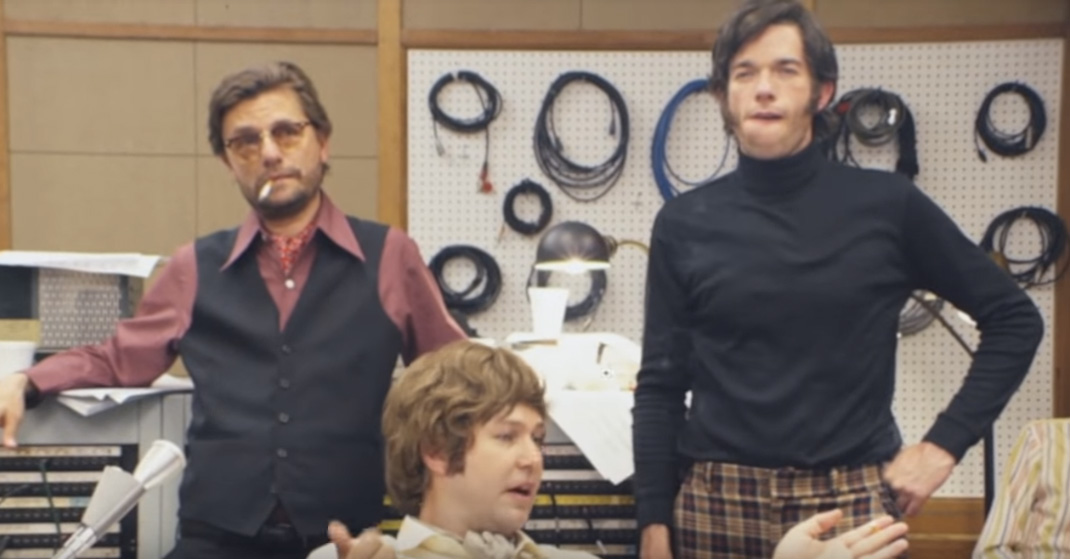 It’s been over two years since we’ve gotten new episodes of the mockumentary comedy series Documentary Now! Thankfully, our wait for documentary spoofs is nearly over. The third season (or 52nd season) of the series returns in February, and the first trailer for the new slate of episodes has arrived, showing off the incredible line-up of guest stars, including Cate Blanchett, Michael Keaton, Owen Wilson, Michael C. Hall, Bobby Moynihan, John Mulaney, Taran Killam and more.

This is only a minute-long teaser for the new season, but we already know some details about the new episodes on the way, even if those details aren’t revealed in this trailer.

The season premiere coming to IFC on February 20, 2019 will be called “Batsh*t Valley,” and it will be a parody of the documentaries Wild Wild Country and The Source Family. Owen Wilson, Michael Keaton and Necar Zadegan star in this episode.

Another episode in the third season is called “Any Given Saturday Afternoon,” inspired by A League of Ordinary Gentlemen. The bowling documentary stars Kevin Dunn, Michael C. Hall, Tim Robinson and Bobby Moynihan.

Natasha Lyonne, who will soon be seen in the Netflix series Russian Doll, leads a different episode entitled “Long Gone,” spoofing the documentary Let’s Get Lost.

Finally, Cate Blanchett stars in her own episode titled “Waiting for the Artist,” based on the documentary Marina Abramovic: The Artist is Present, and it looks like she might steal the whole season based on the brief footage we see of her in the teaser.

That’s only five episodes out of the six teased in the trailer, so maybe one of these will end up being a two-parter. If I had to put money on it, I wouldn’t be surprised if “Original Cast Album: Co-op” is this season’s two part episode. It would follow in the footsteps of the chronicle of the Blue Jean Committee from the first season and “Mr. Runner Up: My Life as an Oscar Bridesmaid” from season two.

And of course, Helen Mirren is back as the elegant host of this whole thing. Fred Armisen can also be spotted in the trailer, which isn’t surprising as one of the show’s co-creators. However, we might not see Bill Hader making an appearance since he was likely pretty busy with his Emmy-winning series Barry at HBO.

We’ll have more on Documentary Now! soon since the 2019 Sundance Film Festival will have a sneak preview of the new season, and yours truly will be in attendance.