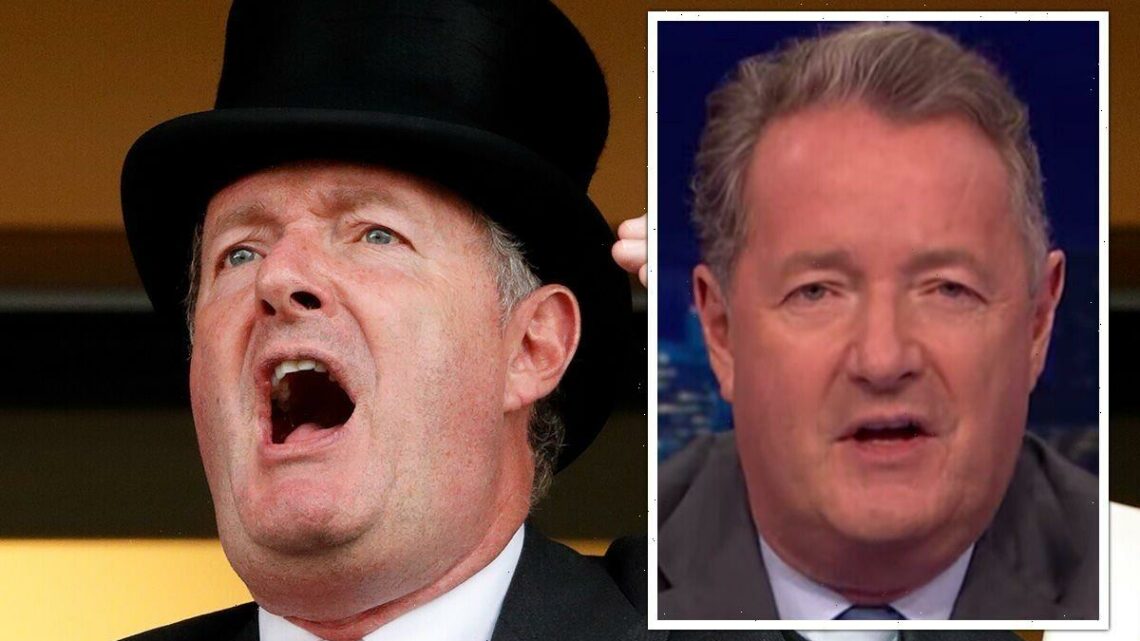 The audience for Piers Morgan: Uncensored has taken a nosedive after just one week of landing on TalkTV. The channel’s flagship show hosted by the former Good Morning Britain presenter has struggled to match up to its launch night figures. Hundreds of thousands of viewers tuned into last Monday’s instalment to see the controversial journalist interview former US President Donald Trump, but ratings have been plummeting ever since.

According to the latest figures, Piers’ 8pm show only attracted 61,700 on Tuesday evening – which was an 80 percent drop from the opening night’s viewership.

“Amazing achievement for a brand new show on a brand new network. Lots of work to do, but very encouraging. Tune in tonight at 8pm!” (sic)

Trump himself has weighed in on the ratings for Piers Morgan: Uncensored, adding: “Ratings for the Piers Morgan interview with me were great!

“Unfortunately, after that interview, his show bombed completely because of the fake narrative he tried to portray.

“The fact is, I got a new closeup glimpse at Piers, and he no longer has what it takes. It’s over for him!”

Despite the enormous push on advertising, Rupert Murdoch’s TalkTV is constantly being beaten in ratings by GB News.

The fellow startup news channel has been gradually rebuilding its audience by promoting Nigel Farage.

Piers’ show is not the only TalkTV programme struggling as The News Desk with Tom Newton-Dunn fell from 54,200 viewers on launch night to just 3,600 a week later.

The Talk with Sharon Osbourne’s ratings dropped from an average of 43,900 to 6,000 over the past week.

Gill Hind, the director of television at independent media consultancy Enders Analysis, told The Guardian it was “too early” to judge whether TalkTV will be a success.

“TalkTV isn’t a standalone TV station,” she told the publication. “It is just one aspect of what News UK wants to do in terms of their multi-media approach going forwards.

“Whatever your audience is on the first night, you would expect it to drop massively – especially as they started with Trump.

“I think they have some good guests coming up over the next few weeks, so I think you will see it building over a period of time.”

However, the methodology behind this claim is unclear and recent episodes on Piers’ YouTube channel are attracting roughly 10,000 viewers.

The clip which has been watched on his YouTube the most was an interview with Tyson Fury which was viewed 409,000 times.

‘Moon Knight’: May Calamawy Worried She Was ‘Making Myself Smaller’ as Lone Female in Marvel’s Latest