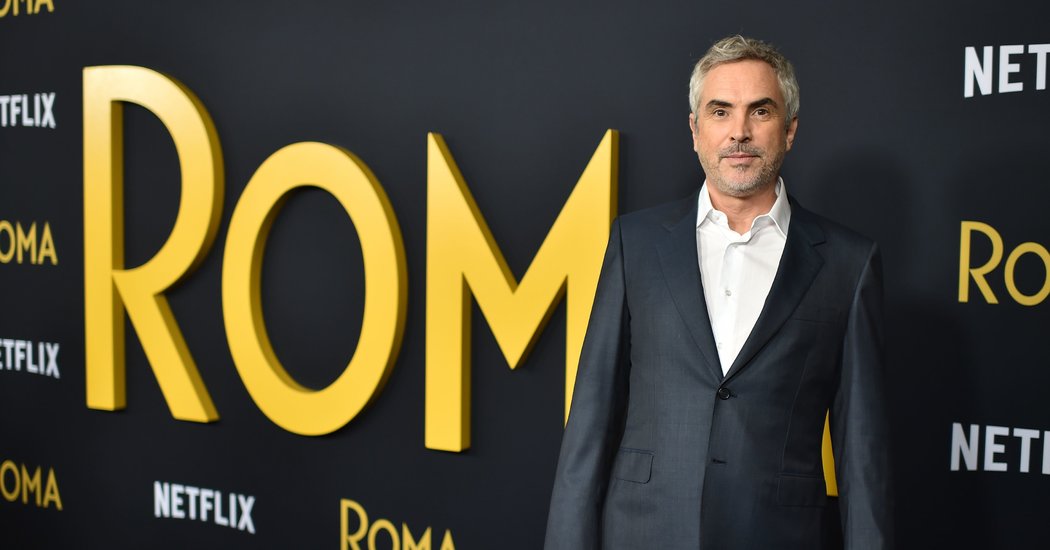 Can Alfonso Cuarón be beat for the best director Oscar?

Certainly, he’s the front-runner after the Directors Guild of America weighed in Saturday night, awarding Cuarón its top prize for directing the black-and-white film “Roma.” Nearly every D.G.A. winner repeats in this category at the Oscars, and Cuarón already has plenty of momentum after taking the best director honor from the Golden Globes and Critics’ Choice Awards last month.

Cuarón, who used his acceptance speech to praise the Oscar-nominated leading women of “Roma,” Yalitza Aparicio and Marina de Tavira, was given the award by his friend Guillermo del Toro, who won the honor last year for directing “The Shape of Water.” Between Cuarón, del Toro and Alejandro G. Iñárritu, Mexican directors have taken five of the last six Directors Guild awards.

Still, though many D.G.A. categories, including television prizes, had a racially diverse lineup of contenders, few women were nominated and none of them won, prompting the host, Aisha Tyler, to dub the ceremony a “multiethnic sword fight.”

Among the night’s other big winners was the “Eighth Grade” director Bo Burnham, who pulled out a surprise win for first-time feature filmmaking. “I really did not think this was mathematically possible,” Burnham said in his acceptance speech, and neither had most pundits, who predicted that the “Star Is Born” director Bradley Cooper would have this debut award sewn up.

But yet again, “A Star Is Born” faltered at an awards ceremony, and though Cooper was nominated for both the top directing prize and the first-timer award, he won neither. It is the only time since the guild introduced the first-time filmmaker prize in 2016 that a director nominated in both categories has walked away empty-handed.

Another curveball came in the documentary category, where Tim Wardle’s “Three Identical Strangers” triumphed over tough competition including “RBG,” “Free Solo” and “Won’t You Be My Neighbor?” Because the Oscar nominations overlooked “Strangers,” this category remains wide open.

And so, in some ways, does the best-picture race. The major guilds have given their top prizes to very different movies: The directors went for “Roma,” the Producers Guild of America picked “Green Book,” and the Screen Actors Guild honored “Black Panther.” On Feb. 17, the Writers Guild of American will finally weigh in, and just a week after that, we’ll see what Oscar has to make of this fractured field.

Duncan Bannatyne, 70, cuddles up to stunning wife Nigora Whitehorn, 38, on the beach in Barbados