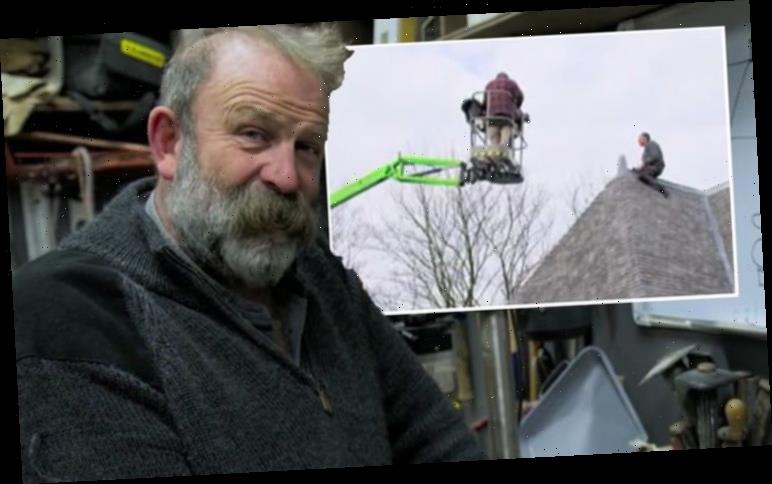 Escape to the Chateau: Angel and Dick struggle to get on a roof

Dick and Angel bought their stunning Chateau in France in 2015 and have slowly transformed what was once a rundown property into a beautiful home for their family to live in. The couple also run a weddings and events business but due to the coronavirus pandemic, they have had no guests this year. As a result they have been slowly working on the projects they had to put on hold while running their business.

One project included the Orangery which has been used for weddings in the past but Angel wanted to update.

Fans of Escape to the Chateau have seen the couple replace the roof and add a small patio outside the building so newlyweds can pose for photographs.

However, Dick wasn’t satisfied and wanted to make a special gift for Angel to celebrate their anniversary and finish off the Orangery.

He decided he would make three finials to sit on the roof of the Orangery so it was restored to its former glory. 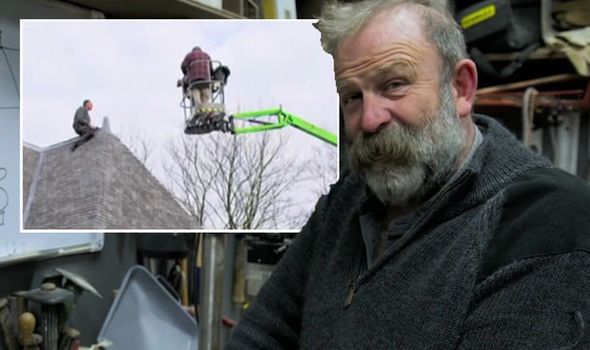 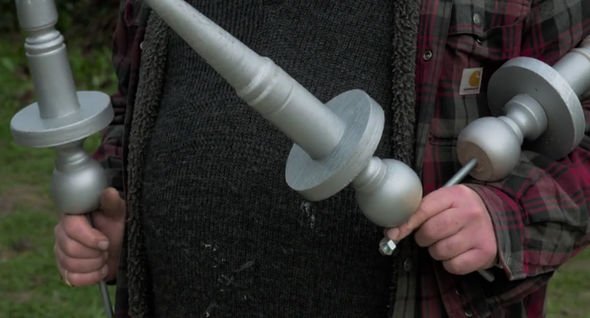 Unfortunately things didn’t go to plan when it came to Dick and Angel placing the finials on the roof with the use of a cherry picker.

“That’s as far as we go,” Dick remarked as the cherry picker was unable to get them closer to the Orangery roof.

“I think we’re just a little bit short. I’m going to bring us down.”

Dick was seen lowering the cherry picker before making it lift up again, which left Angel in fits of laugher. 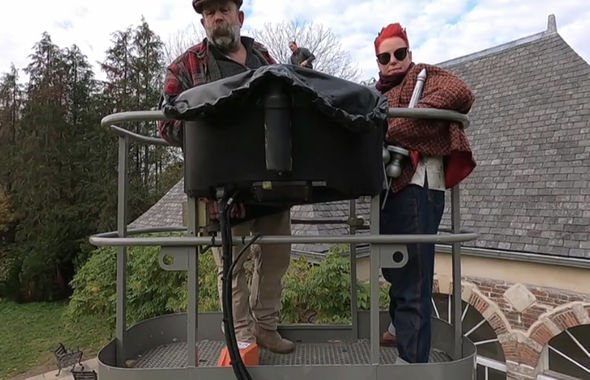 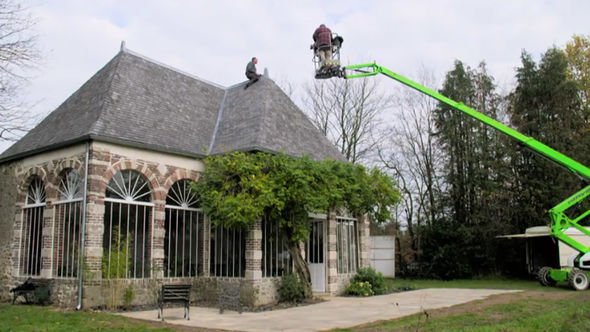 Eventually they got close enough so they could hand over the finials for the roof to their friend Steve who was sitting on the roof.

He did the honours of fitting the first finial on the Orangery as Angel remarked: “It looks good! Well done!”

“You know what, the surprise is the bad part,” Dick replied as she giggled.

The Orangery had been missing the finials for decades so the couple were pleased to be able to restore it to its former glory.

Dick made the finials from scratch using wooden legs for chairs and tables he had collected.

But in order to put them together and construct the finial, he needed a special wood-turning lathe.

Dick joked he had been “naughty” as he pushed the expensive piece of equipment instead of buying a finial which had already been made.

“This has seen some service,” Dick explained. “It looks really rather old but the beauty of this visit’s got a lot of life left in it. Anything that goes in this can be fixed.

“That is a seriously beautiful thing. I am not an expert by any stretch in woodturning.”

Fortunately for Dick, Angel was thrilled with the gift and couldn’t wait to place it on top of the Orangery.

Escape to the Chateau returns Christmas Day on Channel 4 at 8.10pm.