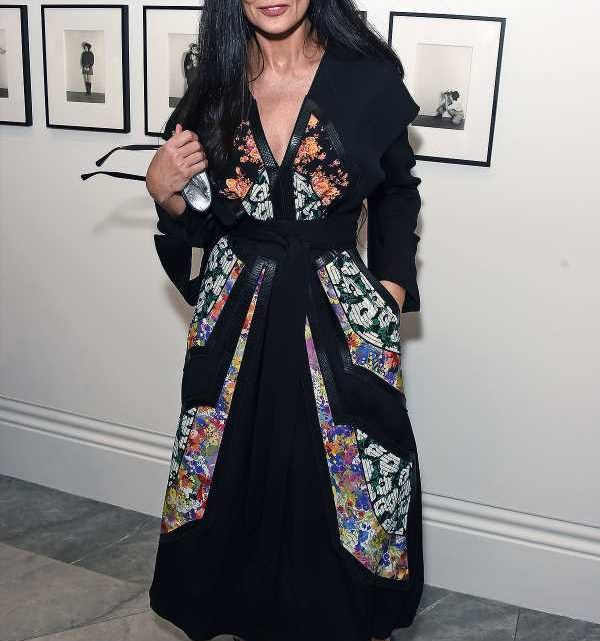 Demi Moore's Memoir Reveals She Was Raped at 15 and Abused Vicodin After Miscarriage: Report

“It’s exciting, and yet I feel very vulnerable,” Moore, 56, said in a new interview with The New York Times. “There is no cover of a character. It’s not somebody else’s interpretation of me.”

According to the Times, the memoir begins by recounting her childhood moving around the country before her family settled down in southern California, and her rape at age 15.

In the book, Moore also reportedly writes about balancing her career, raising her daughters and her three marriages — including her relationship with ex-husbands Bruce Willis (they were married from 1987-2000) and Ashton Kutcher (2005-2013).

According to the Times, Moore writes that Willis felt that her acting career took time away from their family, and wasn’t sure if he wanted to be married. The couple shares daughters Rumer, 31, Scout, 28, and Tallulah Belle, 25.

After her split form Willis, Moore began dating Kutcher in 2003. Because he was 15 years younger than her, Moore told the Times, their relationship felt like “a do-over, like I could just go back in time and experience what it was like to be young, with him — much more so than I’d ever been able to experience it when I was actually in my twenties.”

The Times reports that Moore became pregnant after she and Kutcher began dating. She lost the child, a girl who she would have named Chaplin Ray, six months into the pregnancy.

After the couple married in 2005, Moore and Kutcher reportedly sought out fertility treatments, but she began drinking and abusing Vicodin, and the couple divorced in 2013.

Demi Moore Opens Up About Her Recovery: ‘I Was Spiraling Down a Path of Real Self-Destruction’

In the 1980s, Moore went to rehab for drug and alcohol addiction. In January 2012, after months of partying and drastic weight loss, Moore collapsed into convulsions at her L.A. home and was hospitalized before going to rehab for addiction and an eating disorder, sources told PEOPLE at the time.

“Part of my life was clearly unraveling,” Moore told the Times, which reports that she is now sober. “I had no career … No relationship.”

Speaking to the Times, Moore’s daughter Scout said she was proud of her mother for “doing the internal work that she didn’t have the time to do, for a long time, because she was just in survival mode.”

“We grow up thinking that our parents are these immovable gods of Olympus,” Rumer told the newspaper. “Obviously, as we grow older, we start to realize how much our parents are just people.”

Inside Out is set to hit shelves Sept. 24.

Kim Kardashian Accuses Kourtney Kardashian of Copying Her Style: 'She Has No Idea How This Works'