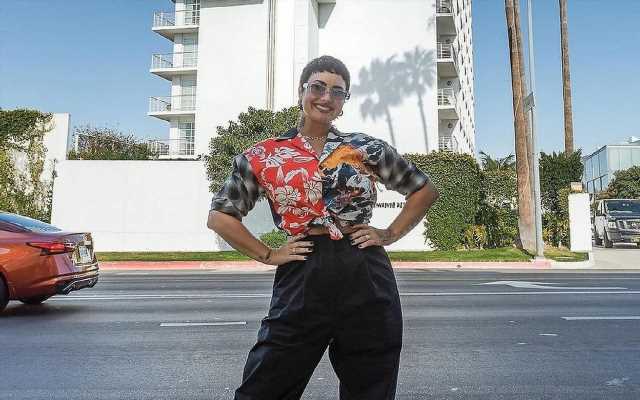 Demi Lovato to Debut Her Own Talk Show Next Month

‘The Demi Lovato Show’ has been picked up by Roku channel for a July premiere this year following delay after leaving Quibi when the streamer was shut down.

AceShowbiz –Demi Lovato is to launch a new talk show on the Roku channel at the end of next month (Jul21).

“The Demi Lovato Show” was set to premiere on the Quibi platform, but the service shut down before it aired.

Roku bosses picked up all of Quibi’s content, including Demi’s show, in which the pop star will chat about feminism, sex, body positivity and her interest in UFOs with guests like Jameela Jamil and Lucy Hale.

“Some conversations can be difficult, but I’ve never been one to shy away from speaking candidly about things,” Demi said in a statement. “We wanted to create a space that normalizes living your own truth, where people can speak, engage and more importantly, learn, together.”

“There’s something therapeutic about having raw discussions that people can relate to and with The Demi Lovato Show no topics are off limits and opinions are welcome. I’m so excited for people to see how these conversations unfold on the Roku Channel.”

The show will debut on 30 July.

It’s not the only chat show hosted by Demi Lovato – the former Disney darling also launched a new podcast show “4D With Demi Lovato” last month. Jameela Jamil, Chelsea Handler, and Jane Fonda are among her guests as she is exploring themes of “identity, mental health, creativity, and LGBTQIA+ rights.”

The “Camp Rock” alum has additionally landed a new show about UFOs. In the four-part “Unidentified With Demi Lovato”, the singer and her sister Dallas will attempt to uncover the truth about aliens, who may have visited Earth.