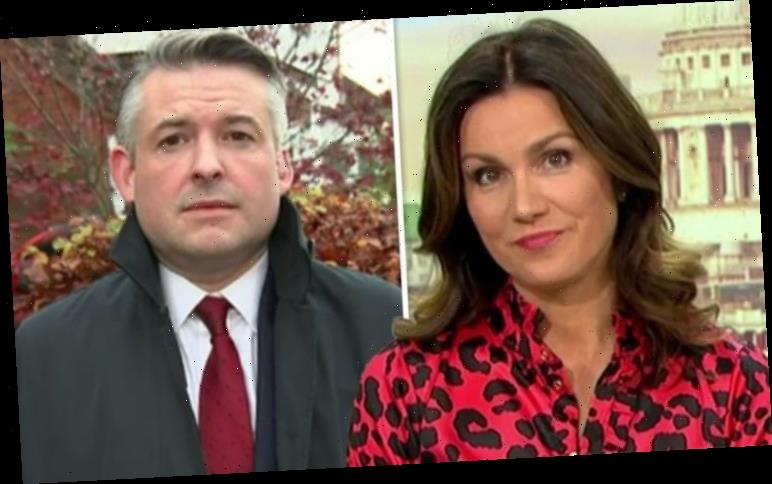 ‘Deliver it! It’s what majority voted for’ Susanna ERUPTS over Labour’s Brexit dithering

Good Morning Britain hosts Piers Morgan and Susanna Reid took Labour’s Shadow Health & Social Care Secretary Jonathan Ashworth to task this morning as they grilled him about the Labour party’s plans for Brexit and if they would hold another referendum.

Mr Ashworth argued: “The way to bring us back together as one nation again is to put it back to a referendum where people can vote for Remain.”

Reid hit back: “Is to have another vote that will split us down the middle? That doesn’t make any sense.”

“But we’re saying we can either leave with a deal that protects jobs and services or we can remain,” Mr Ashworth replied.

“That will be the final choice that will bring people back together because at the moment we’re so divided.

“We can’t just cancel it like the Liberals are proposing.” 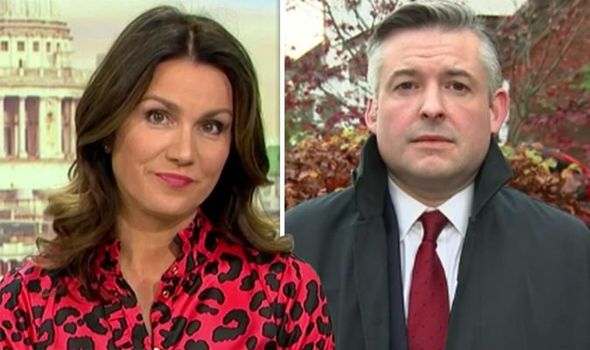 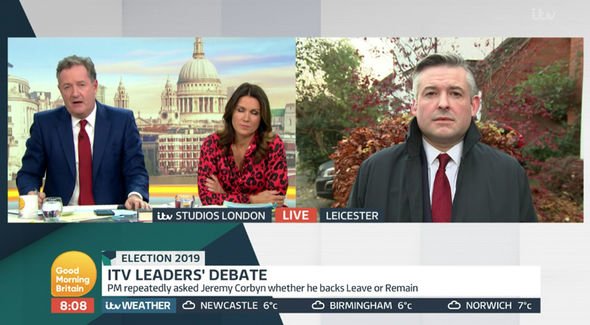 Mr Ashowrth’s remark left Reid furious as she snapped: “Well you could deliver it, which is what the majority voted for!”

“But we don’t believe Boris Johnson’s deal is in the interests of jobs, it’s going to undermine jobs,” Mr Ashworth replied.

“It’s going to undermine work place rights, it risks the future of the National Health Service because of the way in which the future trade deals would cover the NHS.

“The Trump trade deal if that goes ahead would have the NHS part of that deal. 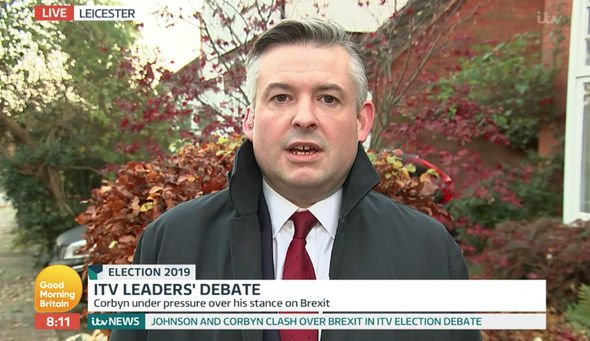 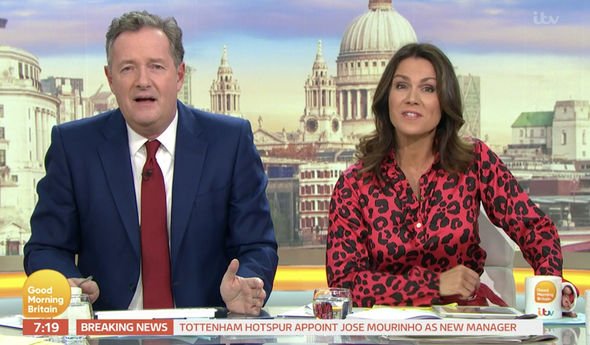 “We don’t think Boris Johnson’s deal is in the interests of the country.”

Later in the interview, Morgan became infuriated with Mr Ashworth too.

Morgan claimed the Labour party were only offering Britons the choice of “remain or remain”.

He began: “Do you understand why there is some scepticism that a guy who voted Remain and won’t now say what he wants to do, is going to say to the European Union, I want to get a better deal than Boris Johnson has managed to achieve, who is a leaver, a Brexiteer and then put that onto a second referendum.

“Do you understand why most people who voted Remain said, ‘Hang on a sec!’

Mr Ashworth replied: “That’s why he wants to go unto the negotiations and see if he can negotiate a much better Leave deal.

“And, that’s why he’s not saying which way he would support.”

Morgan hit back: “But he’s not going to.

“He’s going to negotiate a deal that suits him, which is a Remain deal and suits the EU, who want us to stay in.

“So if you are one of the 17 and a half million people who voted to leave, you’re thinking the only choice on a second referendum you would come up with, is a severely watered down deal that’s basically Remain in another guise or Remain.

“That’s not honouring the result of the referendum as you pledged to do in the last election is it?”

'Star Wars: The Rise of Skywalker': Daisy Ridley Admits How It Feels to Play the 'Worst' Version of Rey
World News