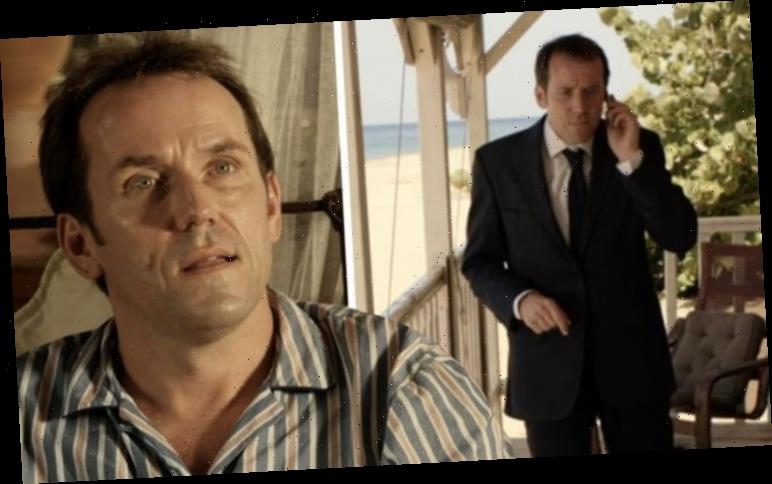 DI Richard Poole (played by Ben Miller) was the first murder investigator on the Island of Saint Marie and is arguably the firm favourite amongst Death in Paradise fans. He joined Danny John-Jules who played police officer Dwayne Myers to discuss their time on the popular BBC One comedy-drama show and Ben explained what he really struggled with during filming.

When asked whether he and his co-stars were acclimated before stepping in front of the camera, Ben said: “I think we had two weeks.

“Danny? Did we get there about two weeks before filming started? Something like that.

“I was wearing, as you say, a wool suit and Danny will bear witness to this; I would put the air conditioning on in one of the cars and sit as close as I could to set in the car, then run onto set, do as much as I could before I became completely crazy and then run off again.” 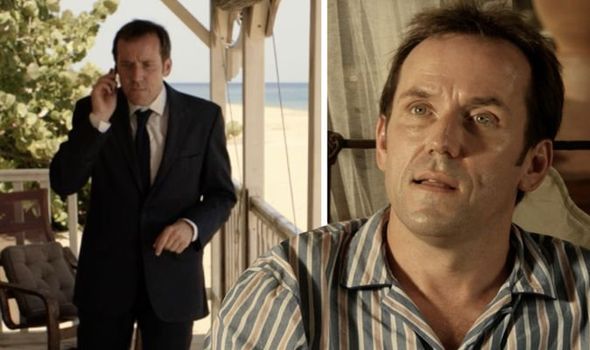 Danny continued: “The reason why Ben was worse than us was because he doesn’t sweat, we were already at CPR levels and Ben hadn’t even started sweating yet, he was internally combusting!

“So we were at critical, he hadn’t started getting hot,” he joked.

But there was one thing the pair didn’t struggle with, and that was the beautiful location.

“We mustn’t forget how amazing the place was to arrive at,” Ben said, speaking at EM-Con last month. 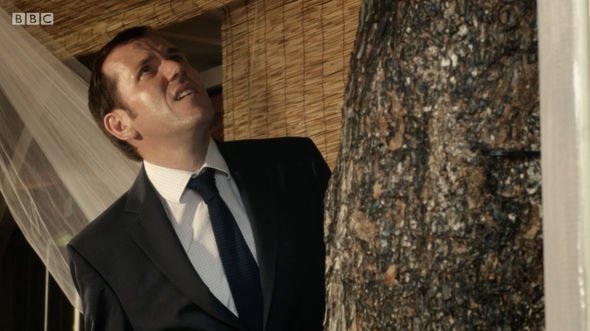 “There were two main islands, one of them is geologically old and flat, and has the classic white sand beaches, that’s where the main port is and the tourist area.

“The other island where we were, is volcanic, much more recent geologically, it’s got a rainforest and a ribbon of beach that runs around it.

“Those beaches are some of the most incredible beaches you will see in your life,” the actor remarked.

“But when we were there, there were no tourists, tourists just didn’t go to the island and around the place we filmed, it’s breathtakingly beautiful.” 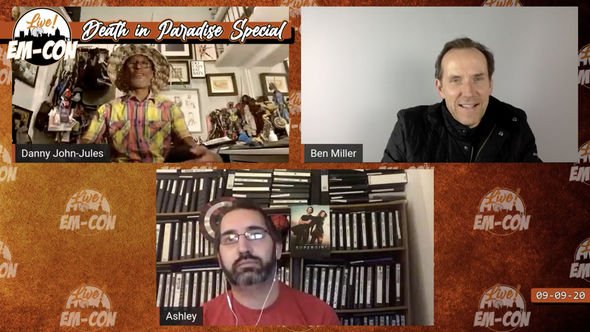 Danny commented: “It’s amazing, just this little place in the middle of nowhere, now it’s this mecca for tourists.

“Walk down the main street in the first series, people peeling their potatoes at the front door and then about 100 English people turned up.”

“Danny can I ask you, one of the things that really surprised me about the show, it has a very particular tone,” Ben took over.

“It’s got these murder mysteries but it’s also got the island which makes it look unusual, nowhere quite like where we filmed.”

“It doesn’t look like any other Caribbean island,” Danny reiterated. “I think that’s why – logistically – one of the best things about the show.

“Most people have been to the Caribbean, with this it was a fictional island and no one had seen the landscape before.”

“But can I ask you Danny, when did you realise we were in a comedy?” Ben remarked.

“The funny thing is, it was never a comedy – I never saw the word comedy in any paperwork for the show!” Danny exclaimed.

Death in Paradise is available to watch on the BBC iPlayer now.