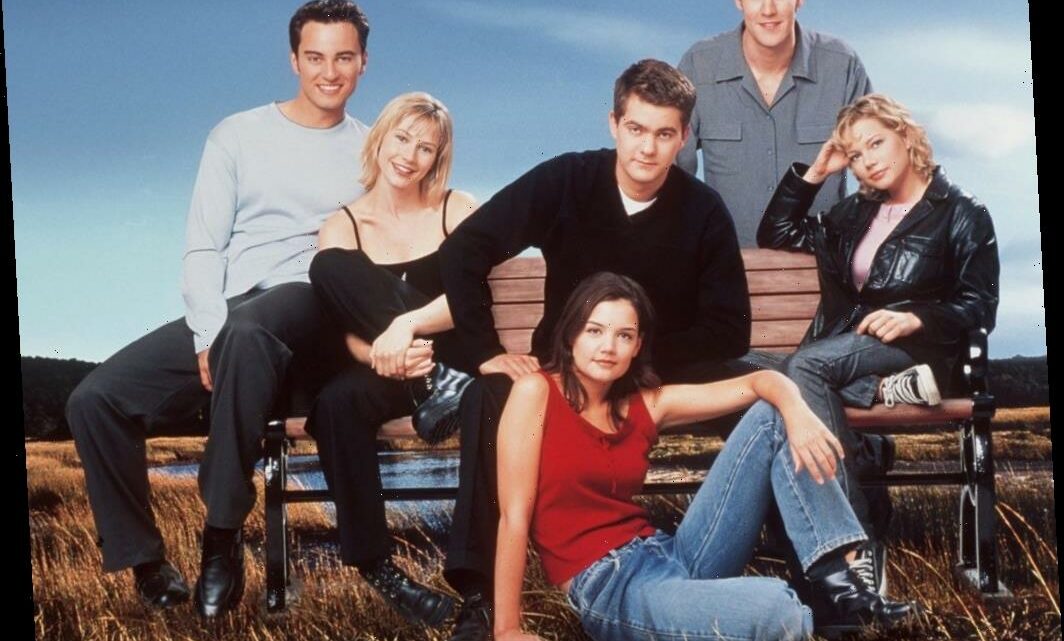 'Dawson's Creek': Pacey Fans Would Have Hated the Alternate Ending

Dawson’s Creek will forever be one of our favorite teen dramas. The show following the lives and loves of a group of young adults was a big hit between the ’90s and early 2000s, favored for its cast, writing, and edginess.

After five years of deep connections, love triangles, and tear-jerking story arcs, Dawson’s Creek ended with a finale that either broke your heart or warmed it. If you were among those rooting for Pacey (Joshua Jackson) and Joey (Katie Holmes), then you definitely would have hated the alternate ending of Dawson’s Creek.

Battling between her feelings for Pacey and Dawson (James Van Der Beek), Joey had make a decision about the person she wanted to be with. As childhood best friends, she had a special bond with Dawson. But ultimately, she figured they were better off as friends.

And so Dawson didn’t get his girl. But he at least had an incredible career as a filmmaker. He created a successful show called The Creek and was hobnobbing with big names like Steven Spielberg, suggesting he was heading to even bigger heights in his career.

Speaking at the ATX Television Festival in 2015, Dawson’s Creek executive producer Paul Stupin said the original plan was for Joey and Dawson to be together.

“Originally, when [series creator Kevin Williamson] and I started talking, it was pretty clear to both of us it would probably be she and Dawson,” Stupin said (via BuzzFeed News).

“So, the first half of that two-hour [finale], Kevin wrote with the understanding and the awareness that it was going to be, ultimately, those two people who ended up together on our show. But halfway through, Kevin calls me and says, ‘You know what? I changed my mind.’”

“I will tell you, it was hard. When I said, ‘Yes, I’m gonna do it,’ Dawson was the obvious answer,” Williamson chimed in saying. “And then the more I thought about it and the more I was into writing the first hour … I just kept going, I don’t know. This isn’t what the show set up to be. Maybe that’s where it started, but it evolved and the show has turned into something else.’”

While the conclusion might have disappointed some Dawson fans, it’s one that overall felt fitting to a lot of viewers and show critics. Even Beek himself has said he’s team Pacey.

Will there ever be a ‘Dawson’s Creek’ reunion?

With more and more shows getting the reboot and revival treatment, many fans have wondered whether a Dawson’s Creek reunion will ever happen. While some cast and crew members have signaled interest in the idea, Williamson says no.

“We keep talking about it, but no,” he said at a 2019 press event for the CBS All Access program Tell Me a Story (via Entertainment Weekly). “As of now, there’s nothing in the pipeline.”

He also said even if there was a reunion, he’s not sure how it could move forward. “We kind of ended it,” he continued. “Jen died. What are we going to do? We talked about it, but until we can find a real reason to do it — but no. As of now, no. It’s funny you bring that up because I was just talking about it last night.”

So yeah, it doesn’t seem like that’s happening. But he did share some thoughts on what some of the characters would be up to now, telling The Hollywood Reporter that Joey married and had kids with Pacey, and remains best friends with Dawson.