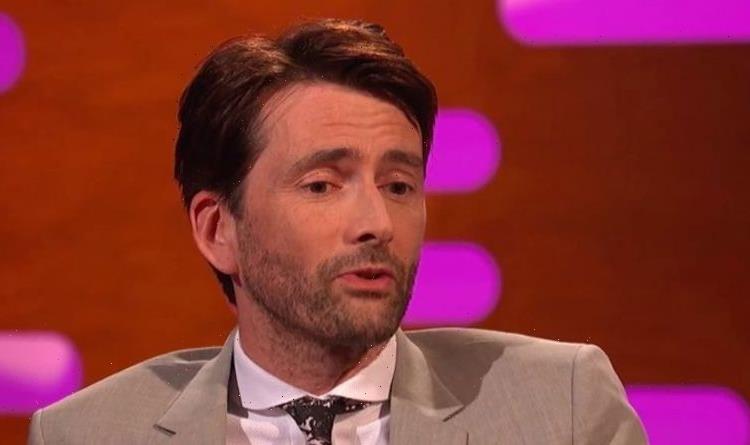 David Tennant on phone call from the ‘new Doctor Who’: ‘Very exciting’

David Tennant on finding out Jodie Whittaker was the next Doctor

Doctor Who returns to screens tonight at 6:20pm on BBC One for the final episode of the latest series. Series 13 of the beloved BBC drama follows the Thirteenth Doctor and her companions as they attempt to tackle a universe-ending anomaly called the ‘Flux’. Throughout the season, the Doctor, played by Jodie Whittaker, is also confronted with a range of enemies and secrets from her past.

In the final episode of the epic six part season, the forces of darkness are in control and the monsters appear to have emerged victorious over the Doctor.

The episode will be one Jodie’s last as the Doctor, with the actor due to be leaving the show after a string of specials next year.

Showrunner Chris Chibnall will also step down in 2022, making way for Russell T Davies, who returns to the programme after over a decade away.

As is expected when the role of the Doctor becomes available, there has been much speculation as to who will take over from Jodie.

David, who himself played the Doctor between 2005 and 2010 once opened up about the dramatic manner in which he found out his friend, Jodie, would be the Thirteenth Doctor.

The Scottish actor, who starred alongside Jodie on ITV’s critically acclaimed drama Broadchurch, spoke about the “exciting” phone call on the Graham Norton Show in 2018.

David said: “I knew a little bit before.

“Only because Chris Chibnall, who wrote Broadchurch, who we both know is now running Doctor Who.

“So he phoned me up and said, ‘Erm, the next Doctor would like to call you. Is that okay?’”

Despite David clamouring to find out there and then, the Doctor Who writer insisted: “No, no, don’t worry. They will be the next person to call.”

David continued: “So then I put my phone down and waited for it to ring and of course, because I know Jodie her name pops up.

“It was very exciting.”

Jodie took over the role from Peter Capaldi in the 2017 Christmas special episode ‘Twice Upon a Time’.

In doing so, she made history by becoming the first woman to play the title role.

Last week, David was typically coy when asked who is likely to become the Fourteenth Doctor in the show’s forthcoming season.

In an interview with the Hollywood Reporter, the Scottish actor stressed that the role could go “anywhere”.

“It’s a part that can sort of go anywhere, and yet you just know when that casting is right.

“It’s very hard to pluck someone out and drop them in it. So I’m glad I don’t have to decide.

“Was that a good dodge of your question?”

Watch Doctor Who tonight on BBC One at 6:20pm.