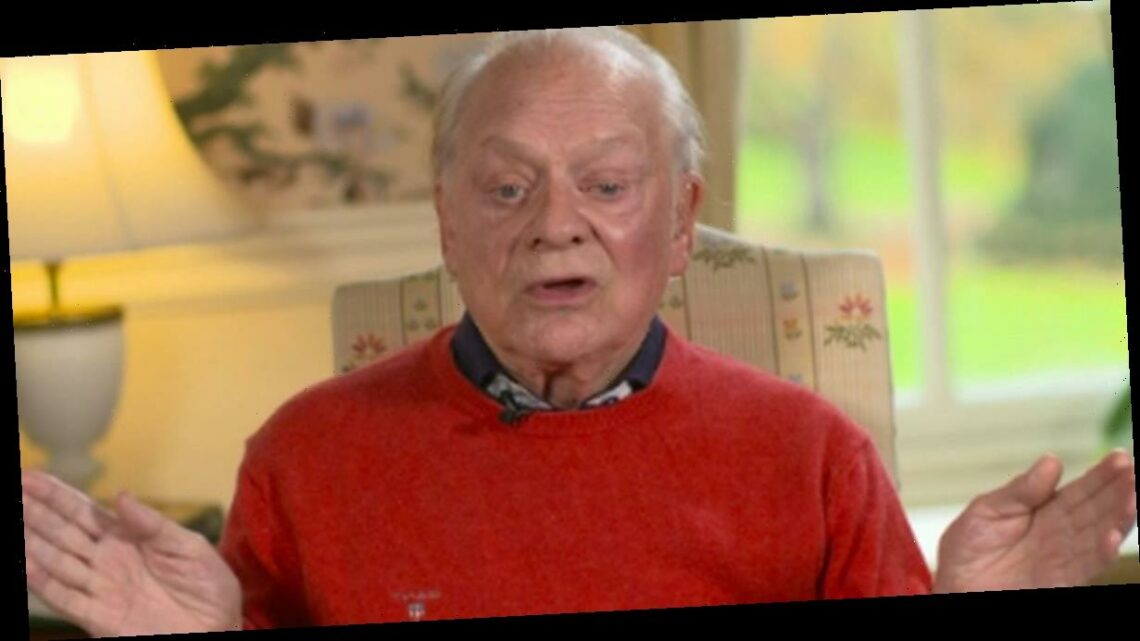 Sir David Jason revealed he had a brush with death over four decades ago when a giant sugar cube nearly killed him on the set of a PG Tips advert.

The 80-year-old actor appeared on This Morning on Thursday, chatting with Holly Willoughby and Phillip Schofield about his new autobiography, which is titled A Del of a Life.

At one point in the book, David harks back to the 1977 filming of the quirky advert, which saw him plunge into a gigantic cup of tea to advertise the British tea brand.

Opening up about the filming of the advert, the Del Boy star revealed he feared he would die at one point when an enormous sugar cube swung in his direction.

As witty as ever, David joked about the headlines in the papers the following day, suggesting they would read: "David Jason Killed By Giant Sugar Cube."

The Frost star also discussed his attitude to the showbiz industry, putting his fans first in everything he does.

He said: "My job is to entertain the audience, them, it’s nothing to do with me."

David added: "I think a few other people should learn that lesson here because I think it’s an important one."

Watching from home, viewers were thrilled to see David appear on their screens, branding the veteran actor as a "national treasure".

On Twitter, one said: "I’d love it if David Jason made his book into a talking book, his voice would bring his anicdotes to life. What a legend he is [sic]."

"Sir David Jason is an absolute legend and national [email protected] #ThisMorning #davidjason wish more of the show could've been him," wrote a second.

While a third penned: "Absolutely in awe of sir David Jason! What an incredible human being!! A true once in a lifetime legend! I couldn't wait for this interview with him on This Morning."

Deceit and cover-up are entrenched in Victoria Police culture