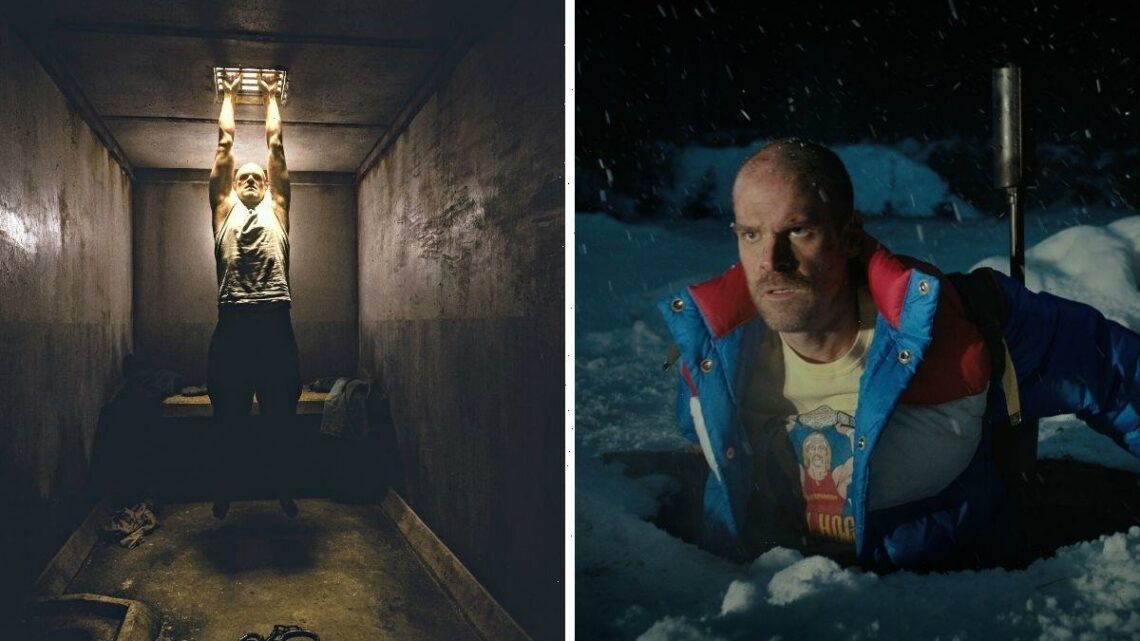 Stranger Things’ David Harbour said he was struggling to shed the pounds needed to recapture his character’s narrative. The Jim Hopper actor lost over five stone when his storyline led him to the Russian gulags.

Taking on a character trapped in Russian gulags required more than a history lesson for Stranger Things actor David Hopper.

Shedding over five stone, David shared his struggles to get back into shape ahead of filming for the final instalment of the sci-fi series.

Changing lanes completely, his role away from the show required the opposite of him as he gears up to take on Santa Claus. 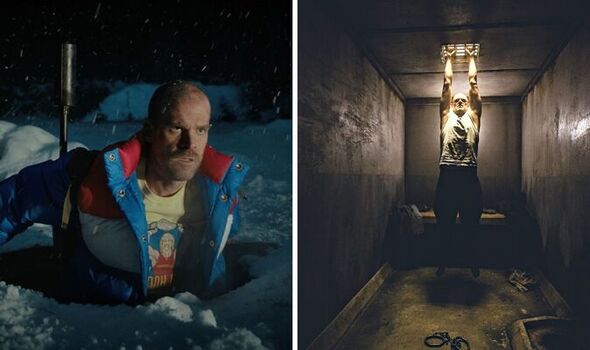 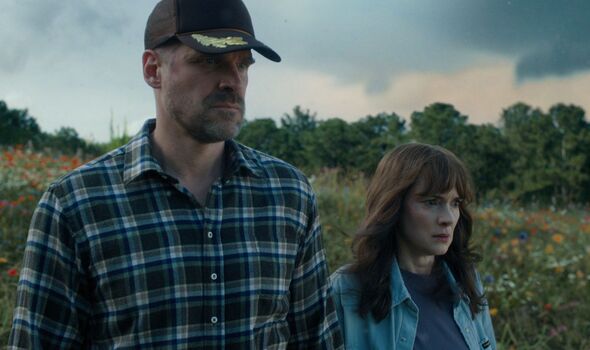 Appearing in the action comedy, Violent Night, the actor bulked up but is now back on track to return to the Netflix hit next year.

Opening up on the toll such dramatic weight loss is having on his body, David admitted it was a struggle.

He said: “It’s not easy, it’s a lot of not eating when you lose that much weight, and being hungry.

“That’s the secret, if you’re curious about the diet secret, it’s just not eating food.” 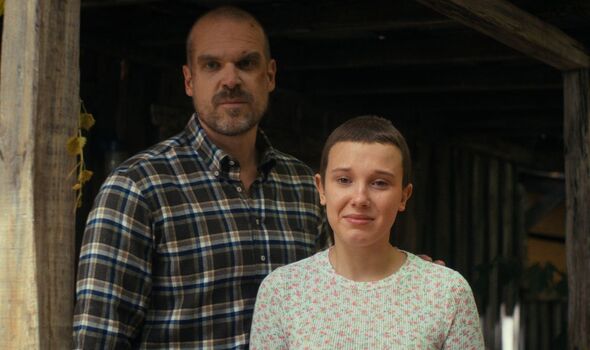 Lifting the veil on the transformation, the actor also posted his before, after and during pictures to his personal Instagram page.

He accompanied the images with a caption explaining his physical form over the last few shooting seasons and revealed to fans his struggle to achieve the weight needed for his Stranger Things character.

“Recently ballooned up again to play jolly ole st. Nick in a flick I can’t wait for you to see this holiday season, so I am struggling to fight back down towards a good weight for wherever Hopper ends up in season 5.”

Further announcing his role at its current state has an expiration date due to the toll it’s taking on his body, David was transparent with his fans on the difficulties of playing Jim.

He expressed: “All this up and down is not good for the body, and I’ll have to give it up soon, but it is such a fun part of the job to live in a different version of your skin for a while.”

When pressed about how he morphed his body into prisoner shape, he didn’t sugar coat things.

Scrolling down on the post, fans read: “Many of you have asked about Hopper’s physical transformation from season 3 to season 4.

“My trainer @davidhigginslondon worked with me for 8 months to make the transformation, and then another year to keep it through the pandemic.

“All told it was a difficult and exciting ride, changing diet and exercise plans (or lack thereof).”

Jim Hopper was captured and tortured by the Russians for information after attempting to destroy the nation’s gate to the Upside Down.

Initially believing the attack killed him, fans later discovered the character had in fact been transported to Kamchatka, Russia, where he was put to work in the gulag prison.

Catch up on Stranger Things seasons 1-4 on Netflix now.