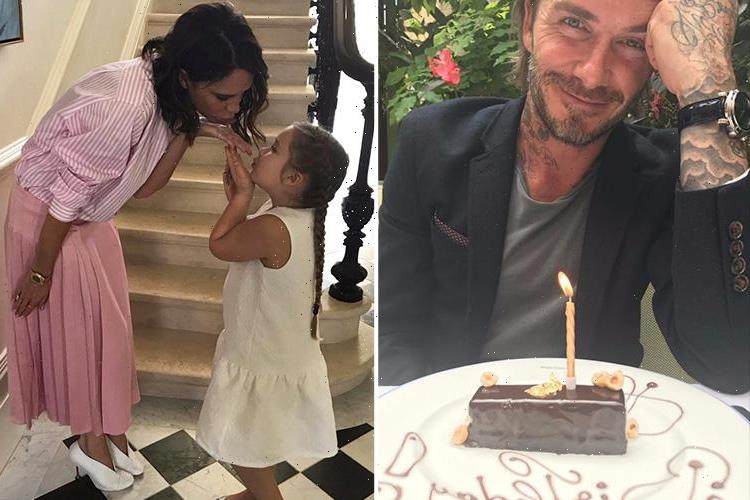 DAVID Beckham was flooded with love by his adoring family on social media on Tuesday as he celebrated his latest birthday – but his cake will never make it round all of them.

The star posed up with a huge smile as he prepared to blow out a candle on his cake – but it was barely bigger then two bites. 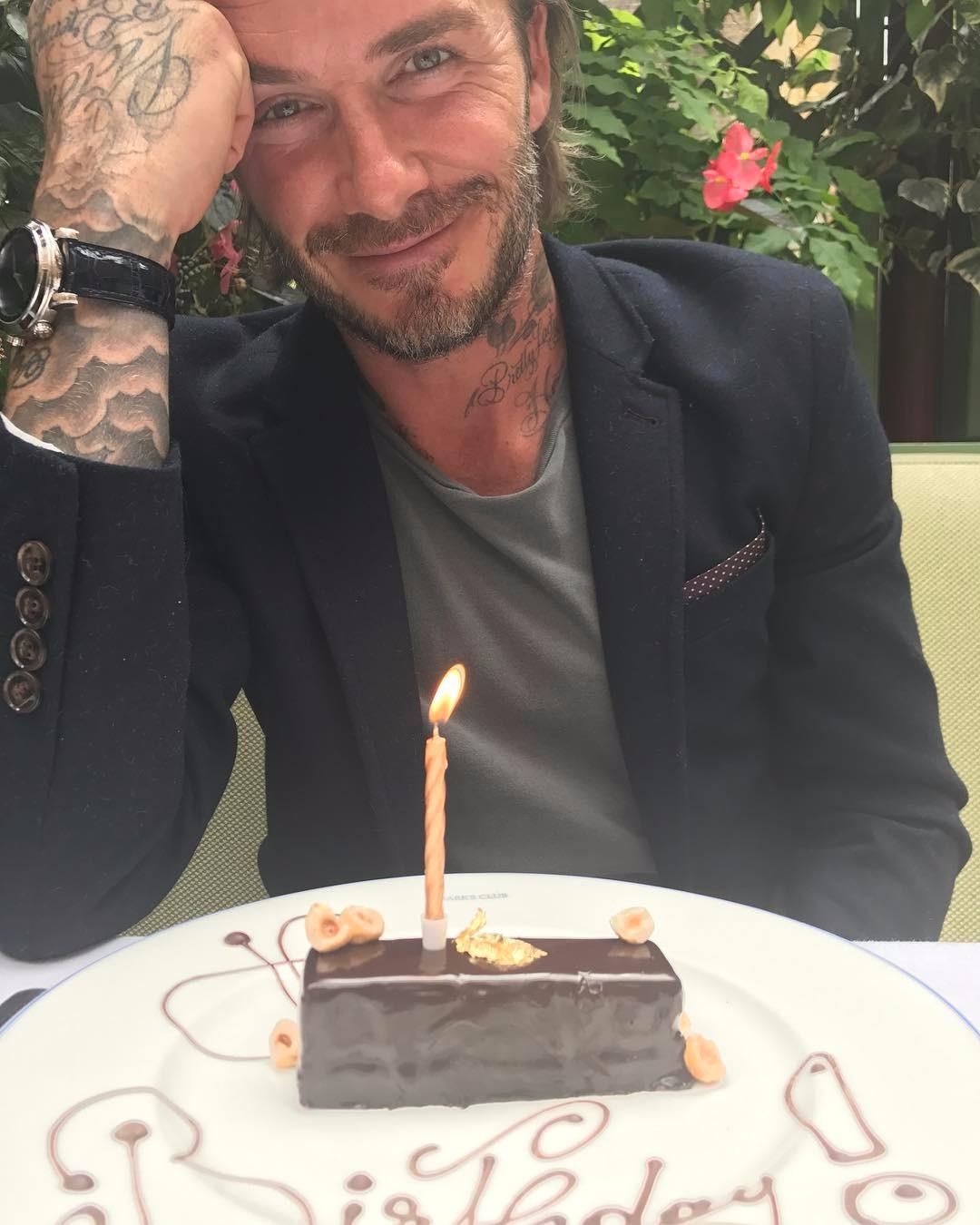 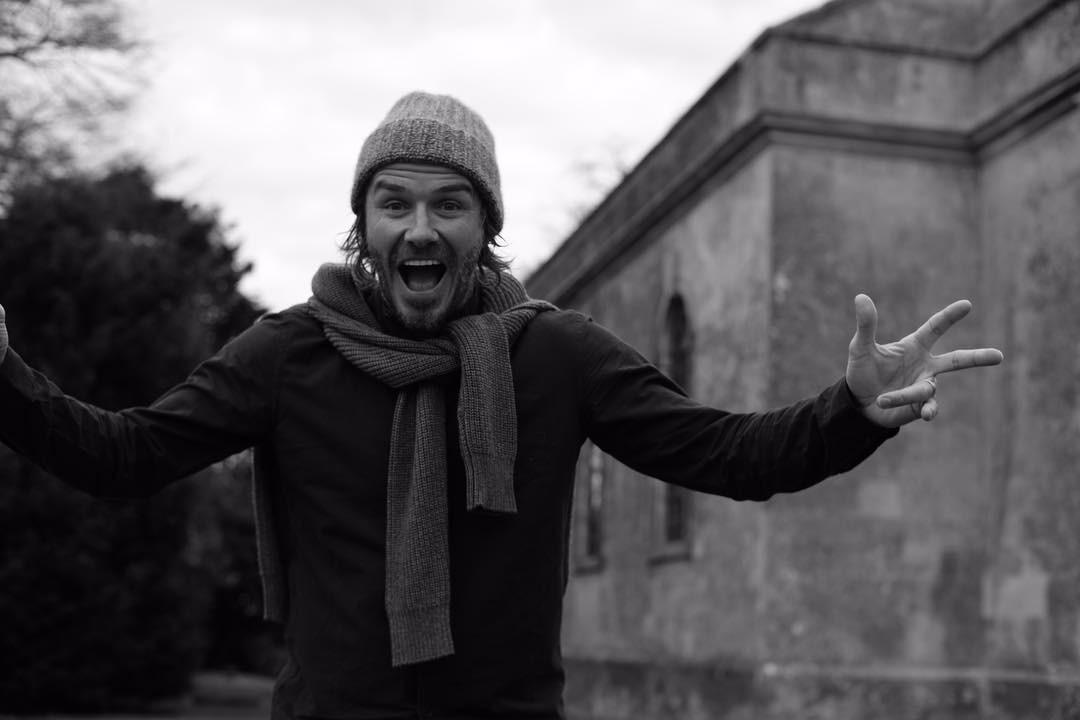 The former footballer was ringing in his 42nd birthday – and wife Victoria, 43, led the tributes from his family.

Victoria uploaded a snap of herself and their five-year-old daughter Harper to Instagram.

Posh was dressed in a pink skirt and pink pinstriped shirt, blowing kisses to Harper.

She captioned the candid moment: “Happy birthday daddy! From your two favorite girls!! We love u so,so much x 💕💕💕 X kisses from mummy and Harper.”

Eldest child, 18-year-old Brooklyn shared an animated photo of the football star – who sparked outrage earlier this year when leaked emails revealed he threw a temper tantrum over not being made a knight. 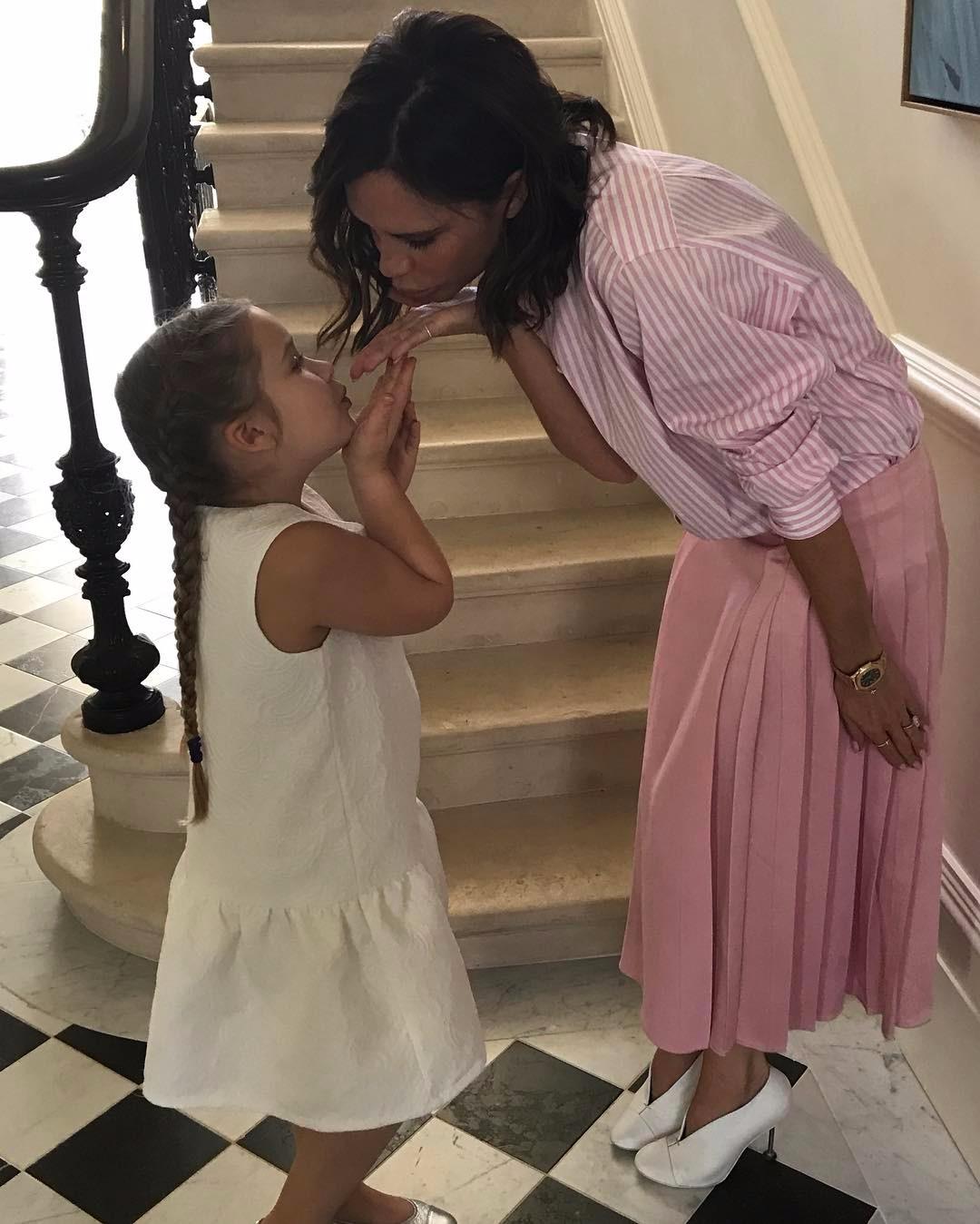 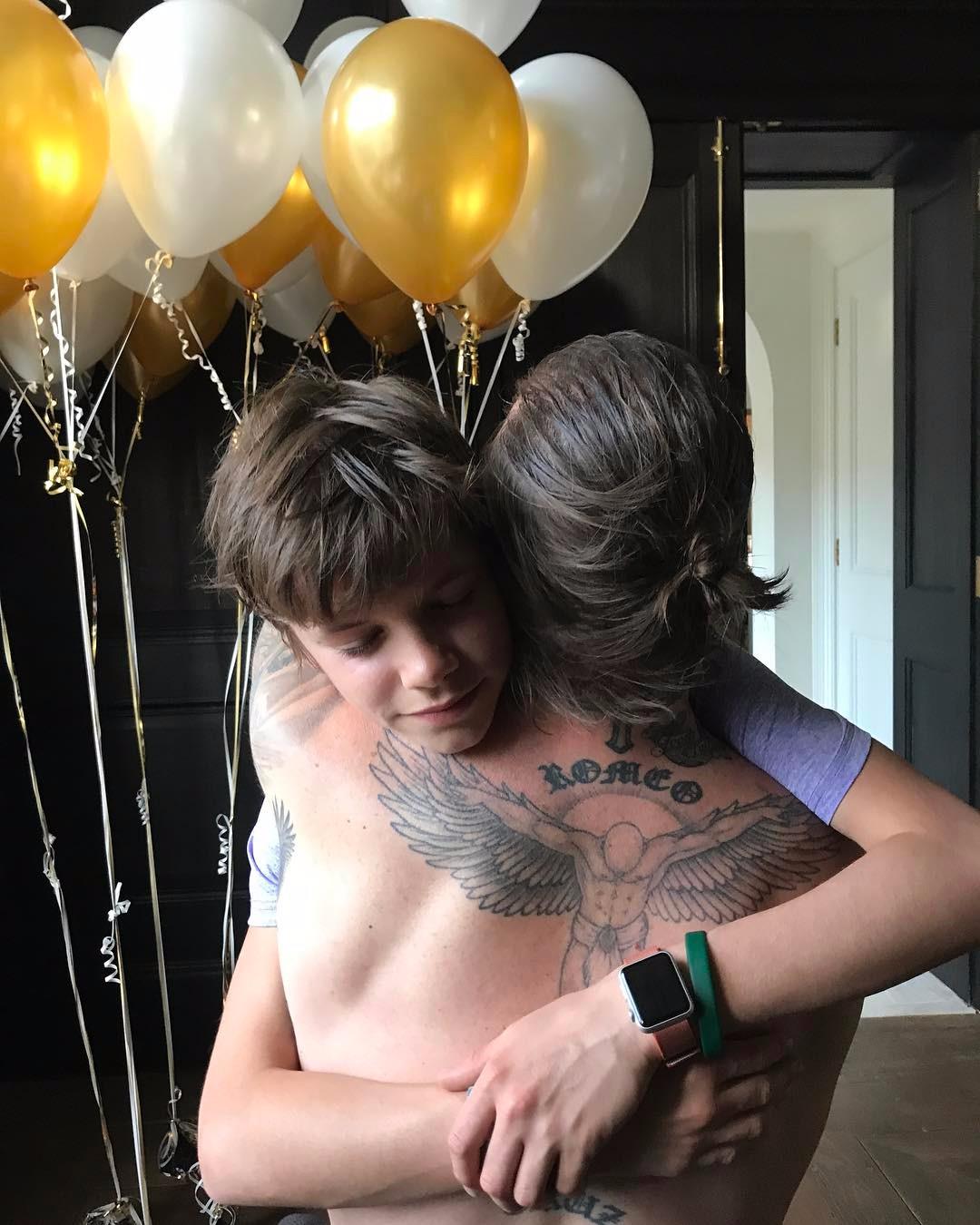 “Happy birthday xx love you so much,” Brooklyn wrote in his tribute.

Romeo Beckham, 14, followed suit, uploading a photo of himself hugging his father along with a touching note.

“Happy birthday to the best and coolest dad ever I hope you have the best day possible!! Love u lots,” he wrote.

And youngest son, Cruz, 12, also shared a photo online – uploading a photo of himself with his dad. 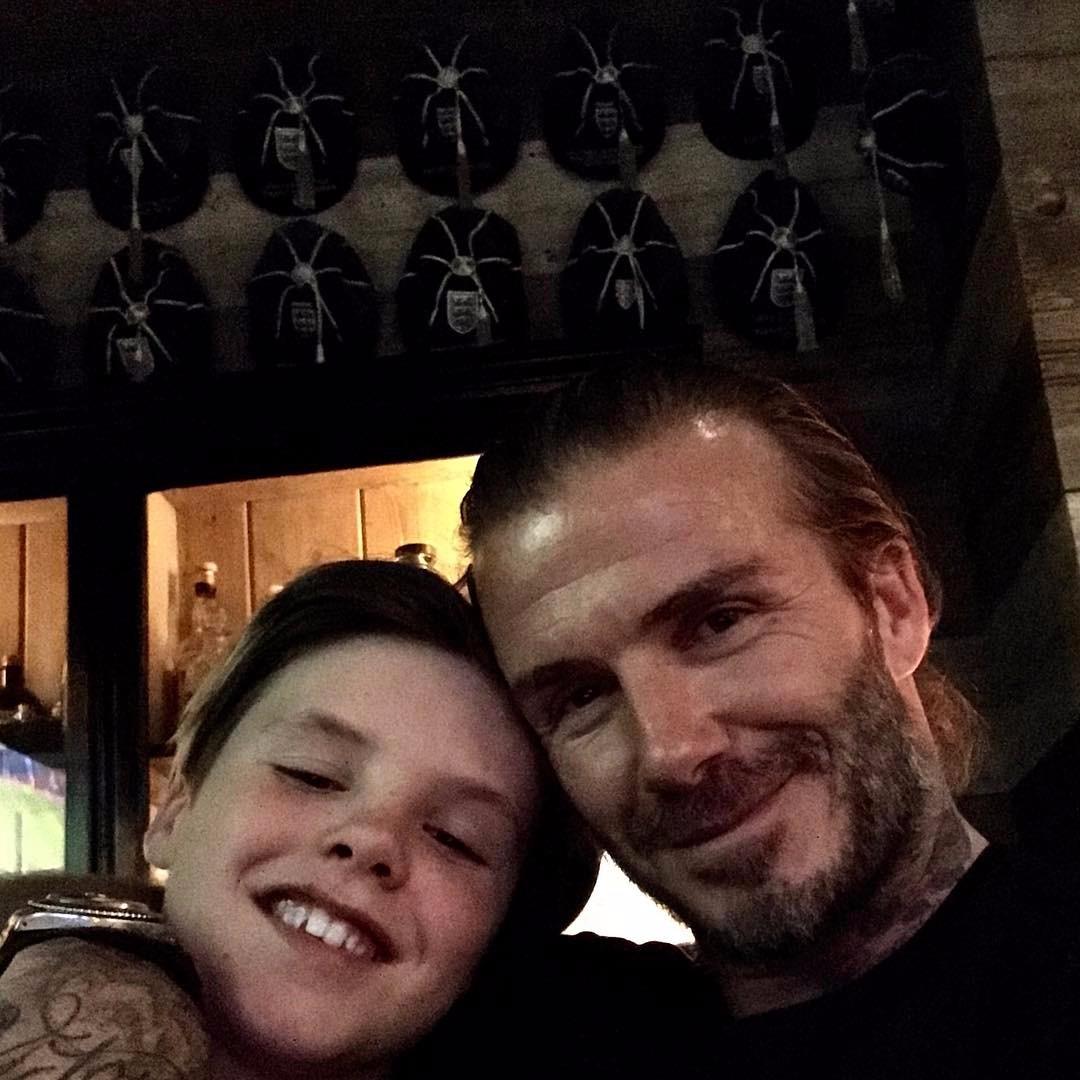 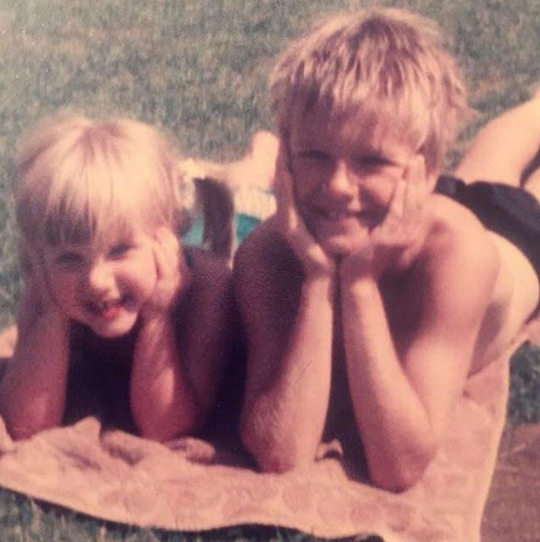 Proving there was no love lost after Cruz boxed his father in the face over the weekend, Cruz wrote: “Dear Dad Happy birthday.I hope u have an amazing day!! U r the best dad in the.”

Most gushing of all, however, was Dave's sister Joanne who shared a throwback photo of her and the sportsman back when they were kids – with the gushing statement: "to this very special person on your 42nd birthday ! @davidbeckham ! Growing up I couldn't of asked for a more kind and selfless brother ! As the years went on you still never changed … when I look at how you are with your own children it brings back memories to just how amazing you are not just as a brother but as a dad !! Have a special birthday you deserve it !! Love you."

Despite flooding social media with photographs of themselves, Victoria said in a recent interview that she and her family strive to avoid the limelight. 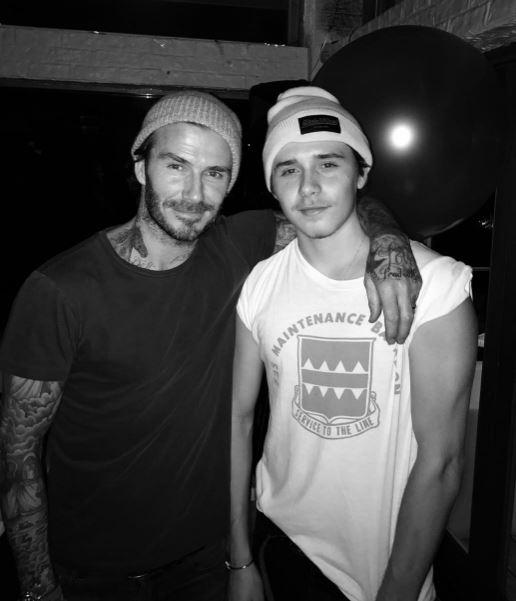 The star – who stepped out in front of cameras just hours after her husband David was embroiled in his humiliating email scandal, – insists she is camera shy.

“I think people would really be surprised at how we try to avoid too much attention,” Victoria said in an interview with In Style magazine.

“But there are certain places where you cannot avoid being photographed. It is what it is. I’ve had this since I was 18 years old,” she said.

Lidl are launching a £3.49 cellular beauty cream – and it costs £490 less than La Prairie’s version