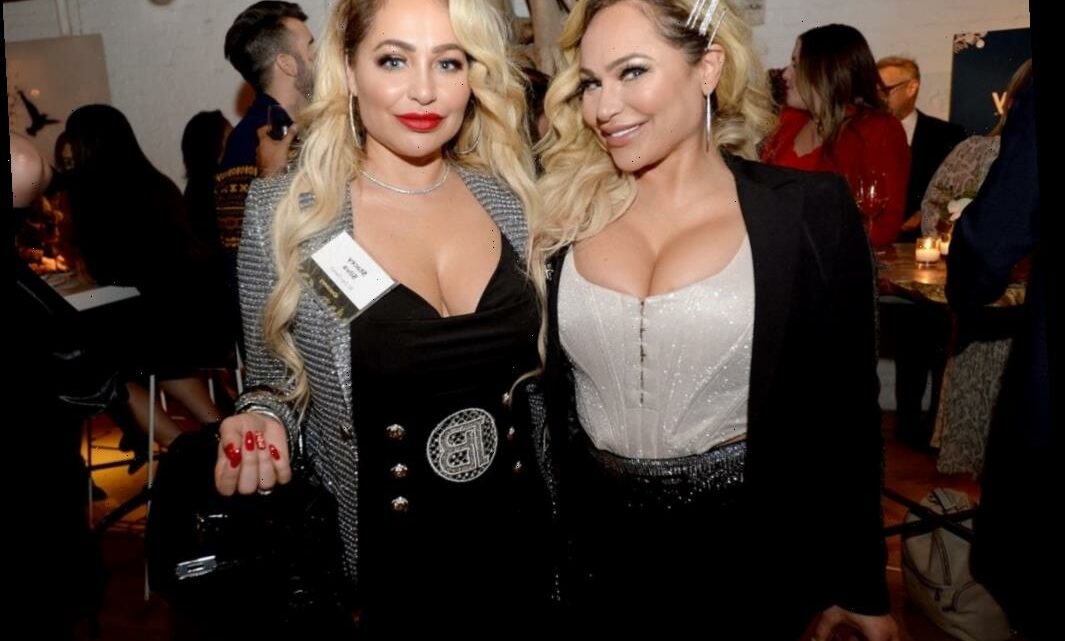 'Darcey & Stacey': Darcey Receives More Videos From the Woman Florian Was Pictured With

On the new 90 Day Fiancé spinoff series called Darcey & Stacey, there’s more drama in regards to Stacey Silva’s fiancé, Florian Sukaj. He’s a model from Albania who moved to the United States to start a life with Stacey. But there’s been drama even before he landed in regards to some pictures of him with another woman that were posted online. Darcey Silva, Stacey’s sister, found the images in question. In one, the woman is wearing a “lacy thing” as Darcey describes it.

Stacey even recently found a video of Florian posted by the same woman. “My sweet,” a woman says while filming. Florian can be seen lounging on a bed, and when he notices that he’s being filmed, he says, “What f****** are you doing there?” The video cuts off, but it still leads to more questions.

Darcey Silva calls the woman Florian is pictured with

Darcey even took the time to call this other woman, named Shanti, and discuss what went on with her and Florian. She doesn’t get definitive answers though, and it just leads fans to question Florian’s behavior even more now.

“So my side of the story is that when Florian met me through Instagram, and he was like texting me messages,” Shanti tells Darcey over video chat. “He wants to know who I was, and he was complaining that he’s four years in a relationship with your sister, Stacey. And that he get tired to be on the leash. Just like a puppy.”

Shanti details that Florian made her “believe” that he wasn’t with Stacey. “I am so mad at Florian too,” Shanti continues. “I’m not a homewrecker, I’m strong woman. You know, I don’t want to have any drama in my life.”

Darcey tries to get more information, and asks if they had intercourse. “What do you think?” the woman replies to her.

Darcey receives more videos from the woman Florian was pictured with

This week, Stacey and Florian are officially married during the coronavirus (COVID-19). However, her family doesn’t know yet. Darcey is also contacted by Shanti, and gets some more information fueling the fire.

Darcey explains to the cameras that Shanti emailed her. “She’s saying in an email that she has proof and videos of her and Florian being intimate and I should see it,” Darcey explains.

The email says that Shanti isn’t either Darcey’s “enemy” or Stacey’s. She says the video was made when Florian said he wasn’t with Stacey. The first video is the two of them laying in what appears to be a bed. The woman is wearing the same “lacy thing” as before, and a man that the woman says is Florian is pretty close by her side. They are right in each other’s faces, and it’s kind of weird. The next video is clearly Florian and Shanti doing what looks like pretending to have intercourse.

Darcey questions why Florian would even want to be doing something like that on another woman’s phone. In a sneak peek of the upcoming episode, Darcey finally shares the videos with Stacey after introducing her new boyfriend, Georgi Rusev, to Stacey and Florian. Darcey also learns that Stacey and Florian are already married now.

The twins walk off alone, and Darcey explains that she’s received videos of Florian. She shows them to her sister, who says, “What the f***?” In another scene, Stacey is crying on-camera, and Darcey consoles her.

Where do things go from here? Hopefully, we’ll find out more in the new episode.