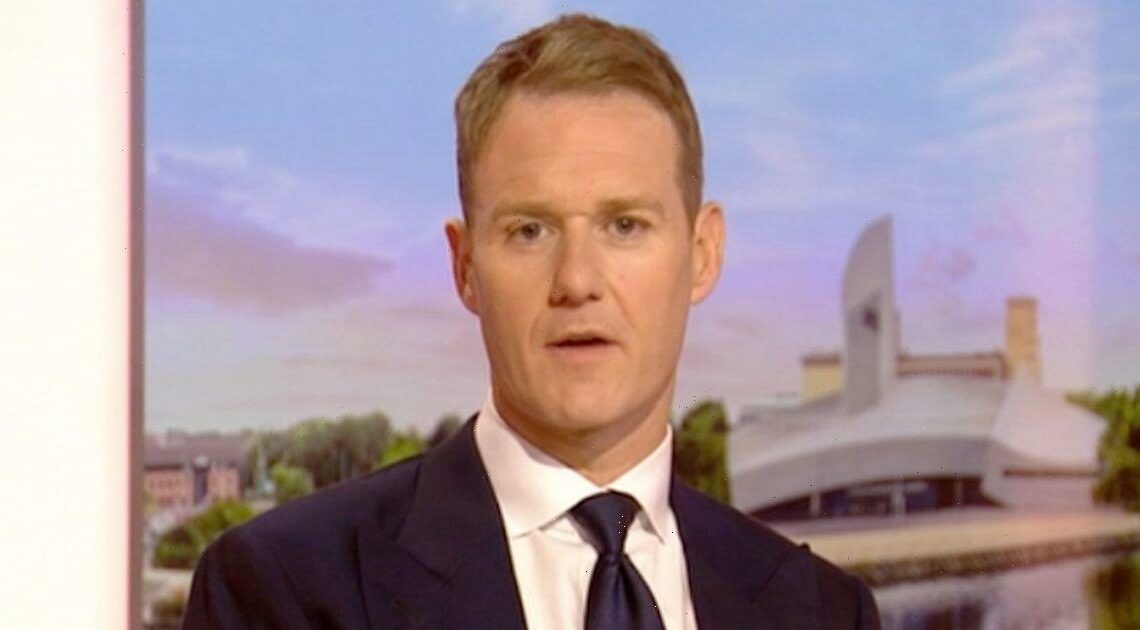 Dan Walker has given fans a glimpse inside his new job after quitting BBC Breakfast for Channel 5.

The TV presenter bid farewell to the BBC last week as he hosted his last Breakfast broadcast alongside co-star Sally Nugent, who fought back tears during the emotional send-off on Tuesday (May 17).

Dan has accepted a deal to host Channel 5's revamped 5 News bulletin show, which will also see him front a range of non-news shows across the channel.

However, it's now all about his next move and Dan has given his followers a first look at his new role. The former Football Focus host and Strictly star took to his social media pages to share a photo of himself at the Channel 5 studio which will be his new home.

Looking smart in a suit in the black and white snap, Dan told his thousands of followers: "Had a little look around my new TV home today. They all seem lovely at @c5news."

Fans were quick to flood the post with questions on his start date which he is yet to reveal, but he was also inundated with good luck messages.

One said: "Miss you on bbc in the morning. Good luck."

A second wrote: "Hope it will prove a good move for you Miss you in the mornings."

Another commented: "Good luck you’re going to smash it Dan."

It comes after Dan enquired about a return to BBC Breakfast as a 'one-off' for one very special reason. Reacting to the news that his former co-star Carol Kirkwood got engaged, Dan shared a smiling selfie of the pair and wrote: "Carol Kirkwood is the best of us.

"Delighted she has found someone who can handle her headlock hugs," referring to the picture as Carol's arms were tightly gripped around Dan's neck.

He added: "Congratulations Carol. If you get married live on #BBCBreakfast can I come back for a one off?"

Carol revealed her happy news on BBC Breakfast on Monday (May 23) after being prompted by host Sally.

"Can we confirm to the nation what's happened?" she asked as Carol replied with a giggle: "Yes! I think you just have, Sal. Yes, I got engaged. We got engaged when we were on holiday. So it's lovely news and we're both thrilled, so thank you!"

The Scottish presenter, who was a contestant in the 2015 series of BBC One's Strictly Come Dancing and was partnered with Pasha Kovalev, has never publicly named her long-term partner, who has been described previously in reports as her "secret boyfriend".

How to burp a baby